Share All sharing options for: Louisville-UMKC Preview: Kareem's Kangaroos Come To The Yum 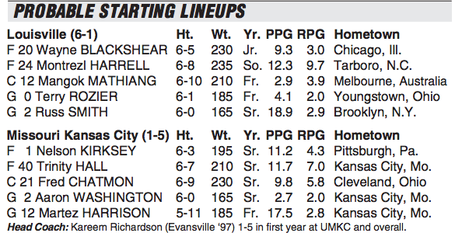 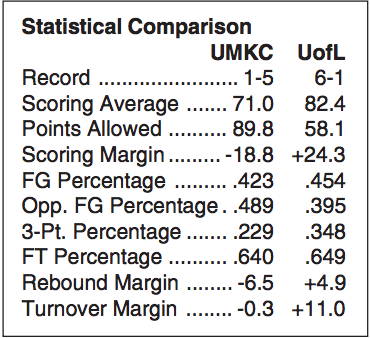 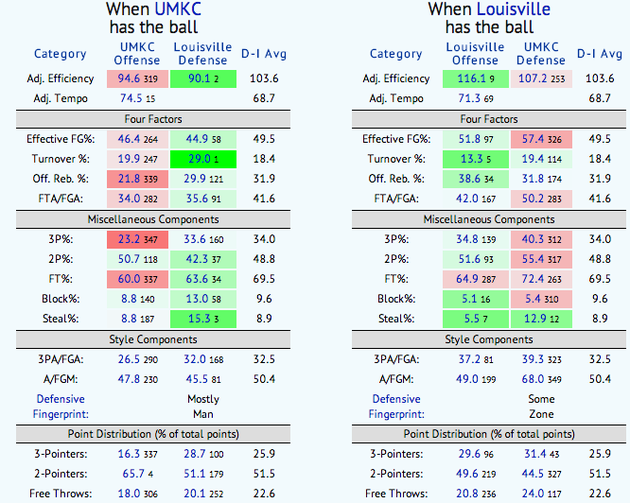 After dropping its first three games of the season, UMKC (1-5) beat UT Martin 79-67 on the road on Nov. 20 for its first victory of the year. They've since dropped two straight.

Former U of L assistant coach Kareem Richardson is in his first season with UMKC, inheriting a team that posted an 8-24 record in 2012-13 while Richardson was on the Cardinals' national championship staff.

The Kangaroos have forced an average of 16.2 turnovers a game this season, leading the WAC and ranking third nationally with an average of 10.8 steals per game (UofL is fifth nationally in steals). Senior center Fred Chatmon, who was named the WAC Player of the Week a week ago, has five career double doubles.

--Louisville leads the nation in turnover margin (+11.0) and is eighth in fewest turnovers per game (9.3). U of L has committed 10 or fewer turnovers in seven of its last 10 games dating back to last year.

--Luke Hancock needs 20 points to eclipse the 1,000-point mark for his college career.

--UMKC is 0-18 all-time against ranked opponents.

--Rick Pitino is 22-9 at Louisville against teams coached by former assistants. He is 33-9 all-time in the same situation.

--Louisville is 10-3 all-time against teams currently in the WAC.

--U of L enters tonight ranking fifth in the nation in steals. The Cardinals have collected double-digit steals in five of their seven games this season. Louisville is the only team to rank among the nation's top 10 in steals each of the last three seasons. Chris Jones is second in the AAC and 35th nationally in steals (2.4).