L's up as Pitbull does his thing on stage. A fitting event before the madness begins.

A former UK administrative assistant who worked under four different coaches at Kentucky now roots passionately for Louisville because, as she puts it, "I feel I fit better over there."

"I have a lot more red in my closet than I ever did," she said. "It was mostly all blue. Now, it's mostly all red."

That most elemental of rooting impulses - that sense of belonging to something - moved McMackin, 68, to change sporting loyalties. She's remained friends with Pitino and his family while no longer feeling welcomed at UK.

"I feel a kinship with them now that I don't feel with Kentucky since I retired," she said. ". . . I sort of feel ostracized from (UK) because there's no warm and fuzzy feeling."

I know more than a handful of folks who have made a similar switch in recent years.

Glenn Logan over at A Sea of Blue says this could be the third most important Louisville/Kentucky game ever, behind only the original "Dream Game" and the meeting in the Final Four two seasons ago,

Re-read that five times thinking I was just overlooking David Levitch. I guess there's a "one season minimum" condition or something. So stupid.

Anyone interested in purchasing a Teddy5 shirt for just 10 bucks can do so this week only by using the promo code "T5CC" over at the Strait Pinkie Store.

Rick Bozich says the same thing we've been saying here for years: ESPN has been fooling the rest of the country for a long time, but Louisville/Kentucky is the best rivalry college basketball has to offer.

If Kentucky was going to be a "players first," program, then Pitino quickly branded Louisville as the place where the program ruled. The Cardinals play for the name on the front of their jerseys, not the names on the back.

That is Pitino's pitch. Can anybody guess what he's talking about?

The fussing continues Saturday in Rupp Arena. StubHub says you won't be able to get inside for less than $194.25. Make that $3,479 if you prefer to sit in row BB, Section 31 - prime real estate at center court.

Calipari needs to win to stop Pitino from appearing to have a better way. Pitino needs to win to keep Calipari's young team from celebrating its first signature victory.

College basketball fans have already won: They're enjoying the best rivalry in the game.

ESPN's Seth Greenberg breaks down the Battle for the Bluegrass (video).

If U of L were in the ACC this year they would have already been tops in athletic revenue. 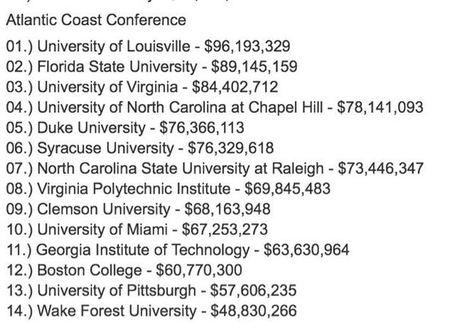 I'm going to miss that joke so much after Saturday.

"It was very nice," said Philon, who admits he did his holiday shopping before he left town. "I got to come in here and see a lot of nice gifts and I got what I wanted."

Philon picked up one of the more popular items on the day: an Xbox One.

"We play against each other and it's a big competition," said Philon, who added the gaming system was popular among his teammates. So much so it becomes a competition among themselves to see who is the best.

"We'll see who the big guy is on the games," Philon said with a smile.

While both teams will be spending the holidays away from family and friends, the opportunity to cut loose and have some fun shopping with their teammates was appreciated.

"I'm glad I get to spend it with them," said Philon. "It definitely made it better."

Instead of the pure disdain present or the fact that the two programs have won the last two national championships, the theme of rivalry week has become that Louisville and Kentucky each have something to prove.

And now for the post-holiday CCBM portion of news and notes: 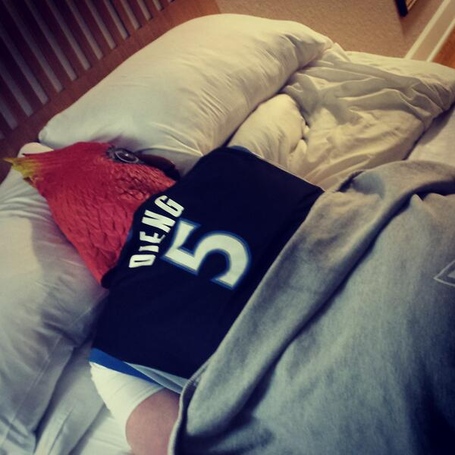 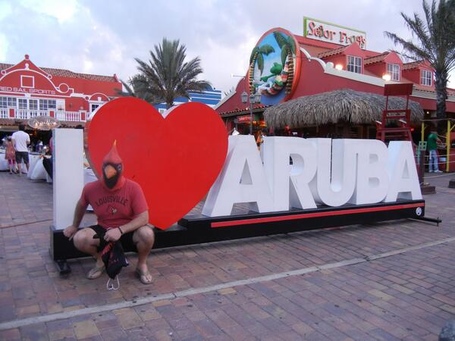 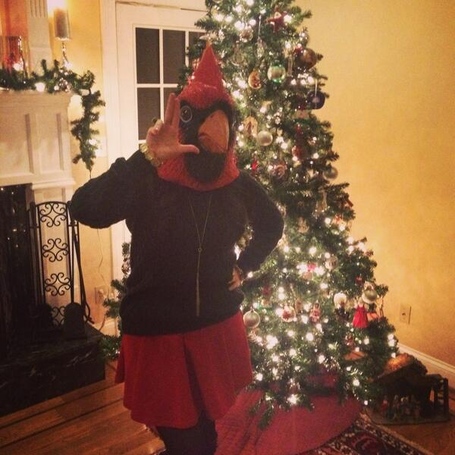 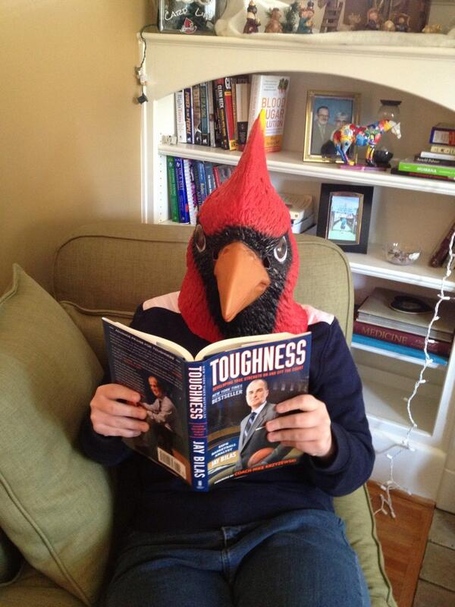 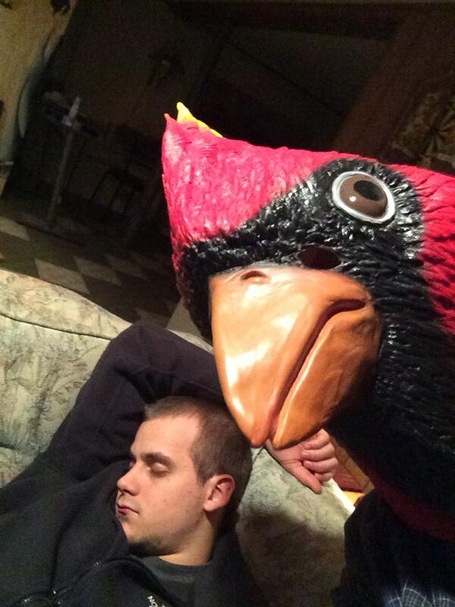 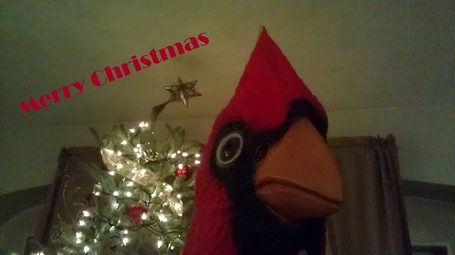 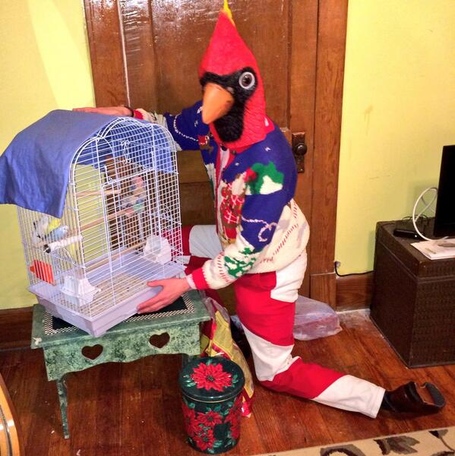 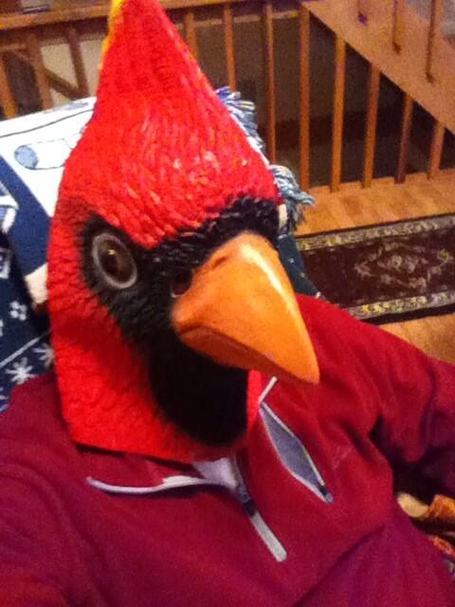 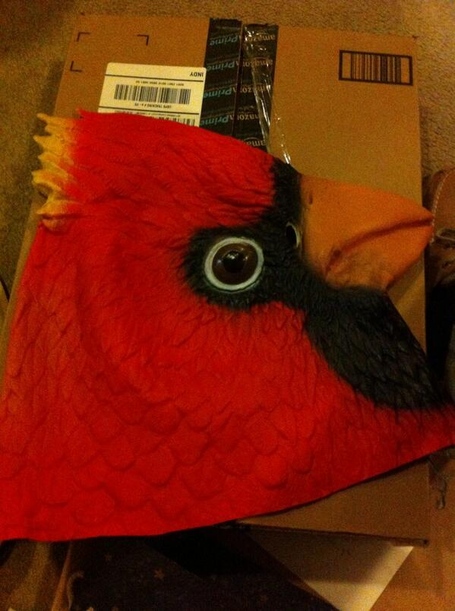 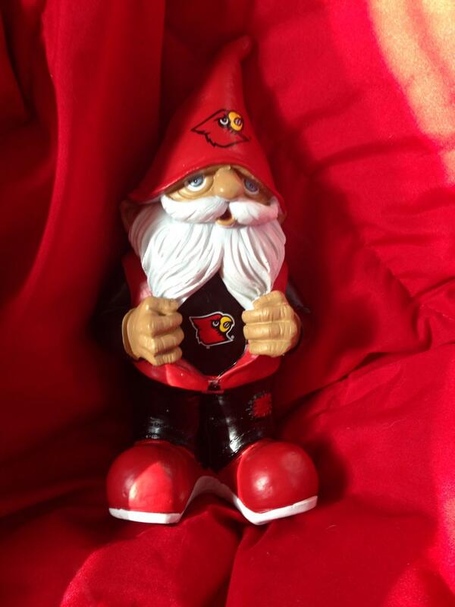 Miami quarterback Stephen Morris is excited for the opportunity to potentially go out on a very high note.

Louisville Mayor Greg Fischer and Lexington Mayor Jim Gray plan on sitting next to each other at Saturday's game, and have also made a friendly wager. The winning mayor will host the loser at his hometown racetrack - either Churchill Downs or Keeneland.

Shouldn't that be the other way around? If I won, I'd expect to be hosted at a track, not the one saddled with actual responsibility. Regardless, it's the biggest can't-lose bet of all-time. Start betting body parts and we'll give you a full post.

It's funny because the Louisville fan is going to urinate on the Kentucky fan's tongue. 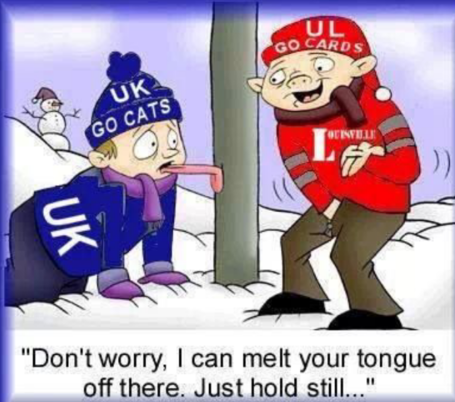 The follow-up comics are all centered around the years of therapy both boys were forced to endure as a direct result of the incident.

The NBC Sports roundtable talks about the preseason top three and whether or not those teams are still championship front-runners.

Entering the season, Michigan State, Kentucky and Louisville were the consensus top three teams in the country. As of today, all three have at least one loss, while the likes of Arizona, Syracuse and Wisconsin have looked like the three best teams in the country to date. Where do you stand on title contenders today? Can Kentucky still win it all? IS Arizona truly the nation's best team? How do you value the likes of Kansas or Florida?

Raphielle Johnson: I don't think I'd rule out any of the three teams we had atop the polls to start the season, but there are concerns. With Louisville, the development of Mangok Mathiang will be a key even with the presence of Chane Behanan, Montrezl Harrell and Stephen Van Treese in the front court. To expect Mathiang to be "Gorgui Dieng 2.0" at this point in his career would be grossly unfair, but the Cardinals will need to get something from him. As for Michigan State, can they stay healthy? If you ask me, that may be the biggest issue for the Spartans, especially when looking at Gary Harris. As for Kentucky, who's their leader? At some point John Calipari can't be considered their best leader; excellent coach but at some point the guys on the floor need to grab the reins both in game action and just as importantly in the locker room. Of the three, UK has the biggest issue because having leadership questions for such a young team can be a troubling sign looking forward.

Teddy Bridgewater is good at football. Miami probably needs him to not be so good if they want to win the Russell Athletic Bowl.

Despite most of the players involved coming to U of L and UK from out of the state, it doesn't take long for them to learn about the rivalry.

"Until you've been here for a year or you've lived in this state, you don't know about the rivalry," said UK sophomore center Willie Cauley-Stein, who is from Kansas. "It's a problem, it really is, because it's so serious to people, and if you don't take it serious, then you don't care, pretty much. That's what they think."

"You've got to talk to people that live in Lexington. Like, the people, not people that play," he said. "You've really got to talk to the fans, because they're so passionate about it. You feel their passion when you're talking to them about it with them. The freshmen that haven't been here don't know what the rivalry is like."

"Everywhere we go, that's all they talk about," Randle said. "I've heard it since I committed to when (Louisville) won the national championship to when I first got here in the summer. And now I'm really about to start hearing about it."

"It's just going to be a really high-energy game for us and for the fans," Randle said. "This is the game they live for. This is probably the most important game for them, other than the national championship game."

Polson believes they can draw on other experiences to rise to the occasion.

"I don't know if they understand it as much, just because I've seen it growing up, but at the same time, they know it's a huge game," he said. "And they're the type of players that show up well in big games, so I don't think that will be a problem at all. We're all looking forward to it. I think the fan base is looking forward to it. So it'll be a war."

Mark Story takes a look at Tom Jurich vs. Mitch Barnhart. I'm already looking forward to his in-depth breakdown of The Beatles vs. Ke$ha next week.

Park Bar will be the spot on Saturday for any Cardinal fans in the Atlanta area. 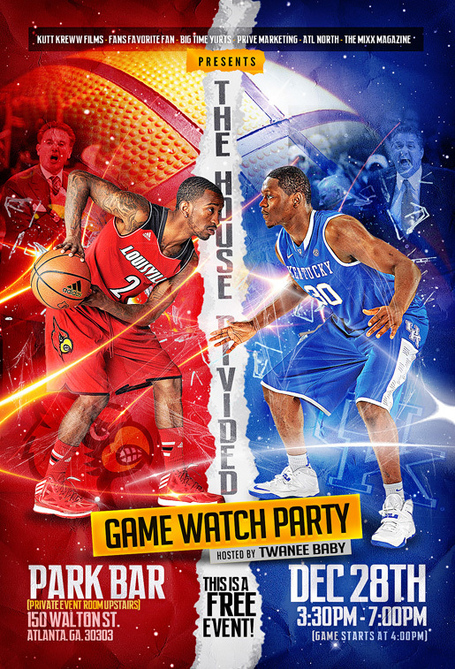 The event will continue on for the Russell Athletic Bowl.

Winsipedia breaks down Louisville vs. Miami.

Dawg Sports likes the Cards over the Canes on Saturday behind an offensive awakening.

Motivation is always a factor in bowl games, and it will be interesting to see how these teams come out of the gate. After that Sugar Bowl win over Florida (which given the entirety of 2013 now looks a little less impressive) Louisville was a trendy pick to play for it all in 2013, and Bridgewater was a dark horse candidate for the Heisman. I never really bought either of those scenarios, and I'm not really certain how much Charlie Strong's team did, or whether they're over neither of them coming to fruition.

Miami on the other hand started the season on a 7-0 tear before stumbling to a 2-3 finish that began with a 41-14 thumping at the hands of Florida State. The Canes are bowling for the first time since 2010, which may be good for a little juice. I just don't think it will be enough juice, especially without Duke Johnson in the backfield to help Morris out. Dawg Sports prediction: Louisville 41, Miami 31.

Louisville's blowout win over Miami in 2006 both boosted its program and helped send the Hurricanes into a tailspin.

One of the most underrated stories in all of college football this season has been Marcus Smith's transformation from quarterback to one of the best defensive linemen in the country.

And finally, beat the Kentami Hurricats...which sounds kind of like the new hot toy from Japan. Miucky Wildcanes? All right, let's just cue it up again.