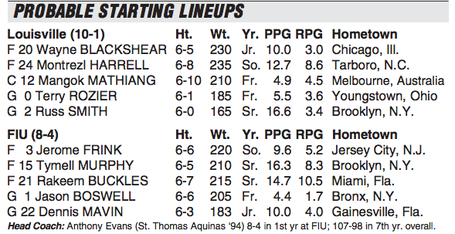 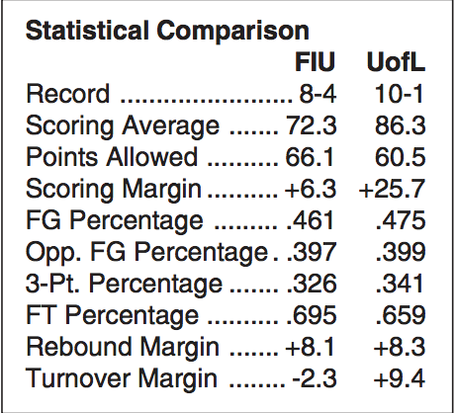 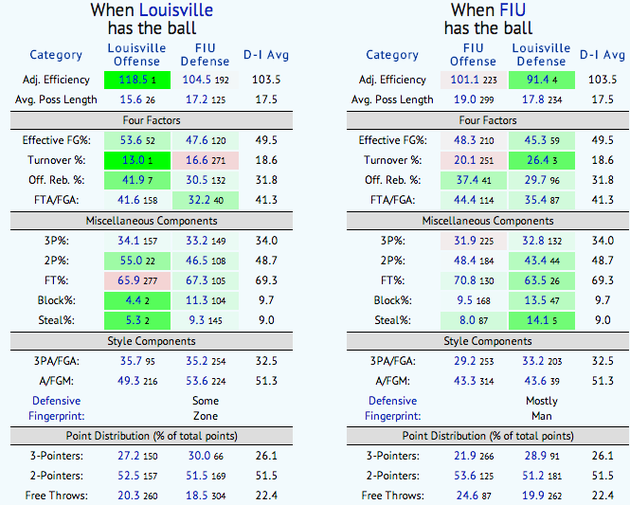 Isiah's still sitting in there.

The Panthers (8-4) have been idle since Dec. 7 when FIU beat Florida Gulf Coast 72-61 as Tymell Murphy totaled 23 points, three blocked shots and three steals. Rakeem Buckles added a double-double with 11 points and 13 rebounds.

Buckles played portions of three seasons at Louisville before transferring to FIU. He suffered through two ACL injuries with the Cardinals. As a sophomore, he averaged 6.8 points and 6.1 rebounds in 16 games, including 10 starting assignments. He had ranked among the Big East top ten in rebounding before he broke his finger that season.

Last season, FIU was coached by former UofL assistant coach Richard Pitino (2007-09, 2011-12), son of Cards' coach Rick Pitino. Richard guided FIU to an 18-14 record in his lone season there, producing the most victories at the school since 1997-98. FIU had won a collective 26 games in the three years before his arrival.

--Louisville has won 11 of its last 12 games played before Christmas under U of L Coach Rick Pitino. All but three of those have been U of L home games. The Cardinals beat Western Kentucky on Dec. 22, 2012 in U of L's last game before Christmas last season.

--Louisville leads the nation in turnover margin (+9.4) and in fewest turnovers per game (9.1). U of L has committed 10 or fewer turnovers in 10 of its last 14 games dating back to last year.

--The Cards are 23-4 in December over the last four years.

--Florida International is 0-3 all-time versus ranked opponents at home. Louisville will be the highest-ranked opponent to play the Panthers on their home court.

--U of L enters Saturday's game leading the nation in scoring margin (+25.7).

--FIU is ineligible for postseason play this season after posting sub-par APR scores.

--Louisville ranks among the nation's top 16 in seven statistical categories through games of Dec. 15. Individually Luke Hancock is 14th in free-throw percentage (.914), Chris Jones is 62nd in steals (1.8 spg), and Montrezl Harrell is 17th in field goal percentage.