This is how Keith Botner chose to cross the finish line for a swim/bike/run event in Lake Havasu City, AZ. He claims he wore No. 15 for the 2.4 mile swim, 112 mile bike ride and 26.2 mile run in an attempt to raise sufficient lobbying dollars in the ongoing battle to henceforth designate April 6 (yes, the Wichita State game) as "Tim Henderson Day" in the Bluegrass State (if not Alaska and Hawaii).

So Beyonce spent her Thursday night shocking the world by releasing a new album without any warning, but more importantly, by throwing up the L inside the KFC Yum Center: 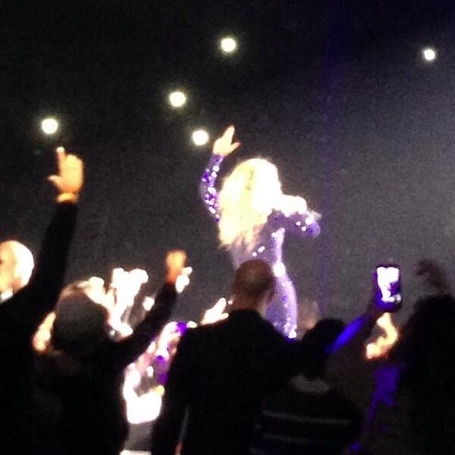 There's also video of Queen Bey (Is that right? I don't know, I'm still bitter she kicked Latavia out of Destiny's Child) saying she likes the L right here.

Everything you own in a box to Levitch.

U of L SID Kenny Klein tweeted last night that Rick Pitino has a new horse with famed trainer Nick Zito, and that its name is "Megatrez." This ruins the dream of "Horsel," but I'm still good with it as long as this horse is an absolute monster.

If this horse wins the Derby and Tom Durkin doesn't drop a "and just like that, in the blink of an eye" call down the stretch, then he will be hunted down and pointed at angrily by a team-specific college sports blogger.

3. Louisville's Russ Smith has been more of a distributor this season, with an assists average above 4 for the first time in his career. Will that change once conference play hits?

DeCourcy: The assist numbers might decline in league play because the competition will intensify and there might not be as many 113-74 scores. But I would expect him still to lead the team because he is being used differently than in the past, and because he is determined to demonstrate to professional scouts that he can be a successful playmaker.

He recognizes that it will be difficult to be taken seriously at the NBA level as a score-first guard at his size, with his marginal 3-point shooting ability. Because of his quickness, athleticism and strength, however, there is room for him in the league as a third guard or backup point-presuming he shows he can initiate offense successfully.

Chris Jones, the junior college transfer, has demonstrated far greater comfort as a scorer than a playmaker. He has more than four field goal attempts for every assist this season. With Smith, the ratio is closer to 3-to-1.

There will be times when Smith returns to scoring because it's necessary. But he is a more mature player. He needs a new nickname, or at least for it to be applied differently. Russdiculous needs to be more of a compliment.

The honors continue to pile up for Marcus Smith, who has been named a Walter Camp second team All-American.

CBS says Louisville will be fine without Chris Jones...as long as he's back for the Kentucky game.

Holy sh-t, Teddy Bridgewater is thinking. This changes everything.

Multiple sources tell me Teddy Bridgewater has contemplated returning to school. No decision has been made at this point

My sources also tell me that Teddy has made the decision to answer questions regarding his future by saying that he's not thinking about it until after the bowl game.

More on this breaking news as it evolves over the next 15 days.

Chester thinks that the problem with this crop of UK students is that they're too concerned with being students and not concerned enough with basketball.

A quick word from the U of L marching band:

If you buy your Bowl Game tickets from the Marching Cards you can select a student that you would like your purchase to go toward. The Marching Card member with the most tickets sold will receive free custom eye wear from Visionworks, Doctors of Optometry!!!!

Ticket ordering information is below! Thanks the Visionworks for supporting the Marching Cards!!!!

The "Friends of the Band" order form link is below. Anyone who enjoys the Cardinal Marching Band is eligible to purchase these DISCOUNTED tickets! They are $70.00 each. They are located in section 225 and include admission to the UofL Fan Party!

Haven't had a chance to check out the golden Globe noms yet, but have to assume this is finally the year for my man Kevin James to break through.

Calvin Pryor and Marcus Smith are both Athlon All-Americans.

If there's a Russell Athletic Bowl dance-off...we might be in some trouble.

Where have you gone, Titus Teague? Card Nation turns its lonely eyes to you.

CBS discusses the potential candidates to be the next head coach at Texas, and hey look, Charlie Strong gets mentioned.

Devil rating: 6.0. Comment: Strong's buyout is $5 million if he leaves Louisville in 2013, but Texas can write that check. Strong could have jumped to Tennessee last year but didn't and he has an AD, Tom Jurich, who is willing to bid to keep Strong. He's in a good situation at Louisville. Doesn't mean he wouldn't kill it in Austin.

Everyone in the country thinks Louisville is cool.

Louisville Sports Live gives an update on former Cards in the NBA. 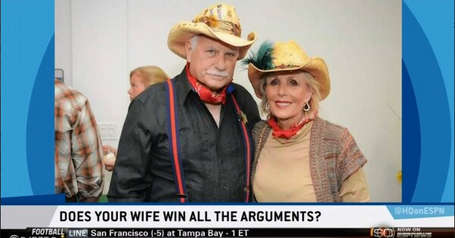 Louisville men's basketball "White Out" game is Jan. 9 vs Memphis, "Wear Red for the Seniors" is March 8 vs UConn in KFC Yum! Center #L1C4

"I eat every two hours," he said. "I eat so many protein shakes it's ridiculous. I get sick of drinking that stuff, but it's part of getting better, of becoming a man. Maybe this is another little obstacle that God wants me to get over."

U of L football again benefitted greatly from playing on weeknights this season, although it got its highest television ratings of the season on a Saturday.

Western Kentucky will have two brand new players when they take the court against the Cards tomorrow.

There's something incredibly haunting and fantastic about the CCBM on tiny humans. 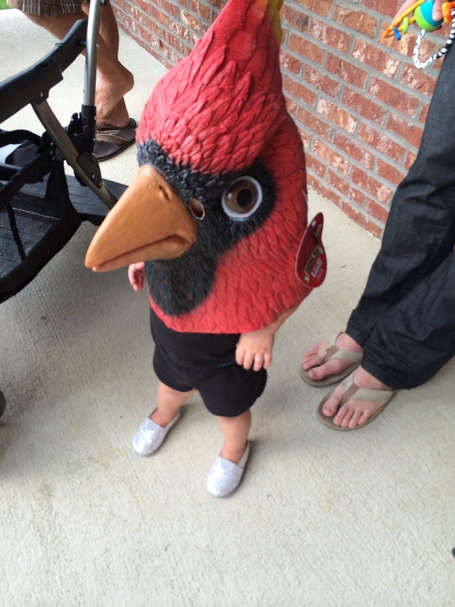 As many have already pointed out, Chris Jones' injury could present a huge opportunity for Terry Rozier.

Word that Louisville guard Chris Jones has a sprained wrist that the team terms day to day may give freshman Terry Rozier an opportunity to make inroads into playing more minutes for the Cardinals.

The 6-1 Rozier, who is averaging 5.1 points and 2.1 assists in nearly 16 minutes of action, became a more attractive recruit in the eyes of analysts after spending the 2012-13 in prep school at Hargrave Military Academy in Chatham, Va. Rozier was ranked by 247Sports as the No. 17 recruit in the class of 2013.

To earn more playing time even when Jones is able to return, Rozier will need to shoot better than the 36 percent from the floor he currently averages.

Charlie Strong thinks UCF is a terrific team, but he's definitely not going to say they're better than his team.

Louisville fans headed to the Russell Athletic Bowl can help with the relief effort in the Philippines.

And finally, your standard AP preview for tomorrow evening's game.