You'll have to forgive Morgan Mayes' backwards L, it's hard to maintain focus when you're canyon jumping from nearly 300 feet above a canyon floor in Interlaken, Switzerland.

For the second time ever, six college football stars were named Heisman Trophy finalists on Tuesday. Not one of them was Teddy Bridgewater.

Charlie, your thoughts on this? 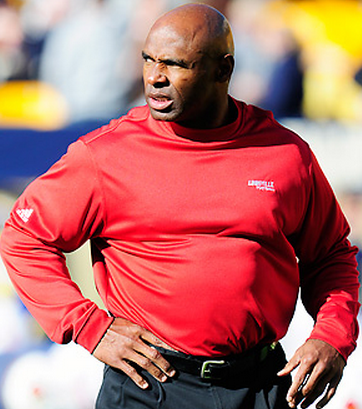 You have to wonder how Teddy is possibly going to cope with something like this.

The Texans are starting to pull away in the race for No. 1 overall - they have 11 losses, Atlanta and Washington have 10, and no other team has more than nine. The new coach here will get a shot to draft his go-to quarterback right away, even if having Jadeveon Clowney or Anthony Barr is a tempting proposition. Bridgewater remains at the head of the QB class.

I assume the entire interview will be up on ESPNLouisville.com at some point today.

All six members of SB Nation's college football staff like Louisville to take down Miami on the 28th.

There's no one I wouldn't cut for that shirt.

Official plans for the U of L football team are to leave for Orlando on Dec. 22 and spend Christmas down there together. If a picture of Teddy on Splash Mountain doesn't surface at some point during that week, then this whole season will have been a giant waste of time.

I dug through most of the data here on Monday morning, but thanks to Ken Pomeroy for the help with the home and road numbers you see below. All data below is as of games played through Dec. 8. The way some teams are playing obviously is influenced by the strength of schedule. But in other ways, there are some undeniably impressive numbers here. For example, how about this: Louisville is No. 1 in turnovers forced and No. 1 in fewest turnovers allowed. That's never been done before, so far as I can tell. Will be tough for Louisville to keep that up on both ends.

GoCards.com continues to have all your Russell Athletic Bowl ticket information.

According to the New York Times, a group of local mothers and a production company have teamed up and are pushing a new reality show called "Real Basketball Moms of Kentucky". The show would feature mothers of boys at Trinity, Eastern and Henry Clay High Schools.

Unless they can figure out a way to work Peyton Siva Sr. onto this show, I am 100 percent against it.

So I hear my Dad was at the Louisville Game today.. Let me guess... He had a jersey on w nothing underneath .?? Always thinking he buff 😠😑

Seriously, what is this? 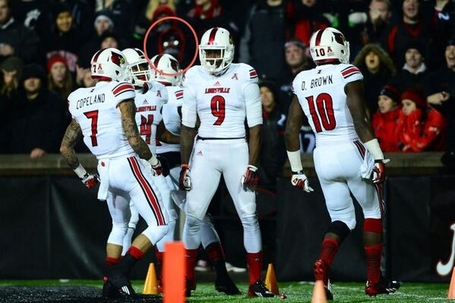 Enlisting the help of a Jawa to keep the Keg of Nails? Nice try, Bearcats. You're looking for help in Alderaan places.

B.J. Dubose and Jamon Brown are spending a portion of their time giving back this holiday season.

I guess this is for the "Year of the Cardinal" doc that was discussed last month. Very cool.

Yahoo ranks Louisville/Miami as the 13th-best bowl game of the season.

13. Russell Athletic (Dec. 28, Orlando, Fla.) Miami (9-3) vs. Louisville (11-1): Let's go ahead and look at this as Louisville's inaugural ACC game. The Cardinals head to the ACC after this season so this will be a good early test. It might also be the final game for quarterback Teddy Bridgewater.

Former U of L recruit Jonah Bolden has committed to UCLA.

The video of Rice players freaking out after receiving an invitation to the Liberty Bowl is pretty awesome.

This picture from the C-J's Jeff Greer is freaking fantastic: 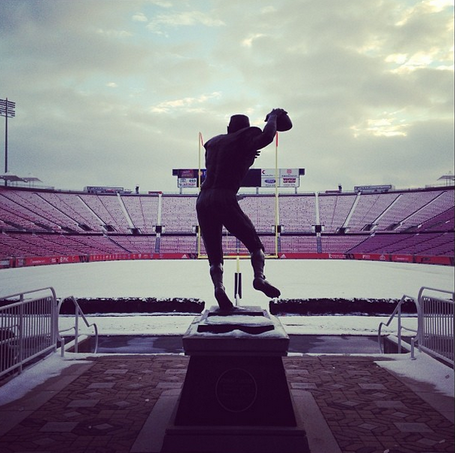 Four-star defensive end Demetrius Jackson recently decommitted from Miami, and said on Twitter Monday that his new top four includes Louisville, West Virginia, Arkansas and the Hurricanes. Jackson is rated as the No. 16 DE in the class of 2014 by Rivals.

Not surprisingly, Cardinals dominated the postseason volleyball awards handed out by the AAC.

Big congrats to my man, your man, our man Chicken Knowles on his career-high 19 points last night in Houston's win over Alcorn State.

According to Will Ferrell, the inspiration for Ron Burgundy is former Louisville newsman Mort Crim.

Teddy preparing to spend his holiday season cuddled up with the Keg of Nails: 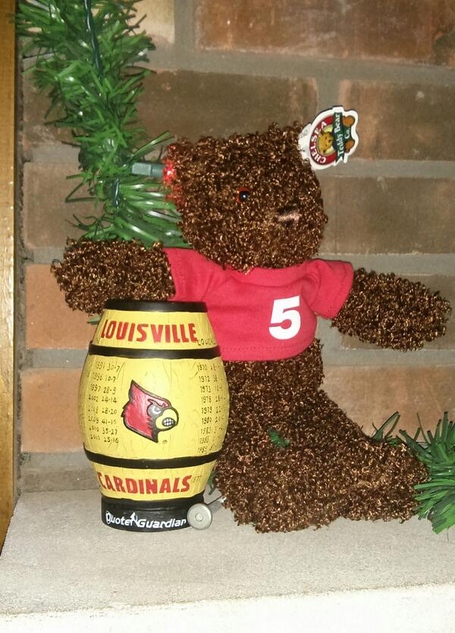 Check out Gary's story and give him a vote while you're at it.

The Palm Beach Post gives an early rundown of Louisville/Miami.

Arkansas coach Brett Bielema had Louisville at No. 6 on his final USA Today poll ballot. Not even Charlie Strong had the Cardinals that high. Strong ranked his team No. 12.

A group of Louisvillians tell their friend he needs to stop drinking and driving in the best way possible.

The U of L women's team is still adjusting to life without Antonita Slaughter.

"Somebody doesn't have to shoot the ball as well, but somebody else has to become a threat, because Antonita gave us the ability to spread the floor."

Slaughter's absence on the floor means Taylor will move to the wing from power forward. Sophomores Megan Deines and Cortnee Walton will pick up the slack as well, and Gibbs, a sixth-year senior, might have to play a few more minutes.

Gibbs missed the past two seasons with shoulder and hip injuries and her time on the floor has been limited, but she started in Slaughter's spot on Saturday and played eight minutes.

"We are managing her minutes, we want to get her feeling better," Walz said of Gibbs. "We will try to play her more if she's able."

Walz admires the way his team has handled the situation over the past six days.

"Nobody has ever been through anything like that," Walz said. "I'm not sure how we even kept playing after that."

The Louisville basketball team's average margin of victory is the largest it's ever been through the first nine games of a season.

Congratulations to the DeSales Colts on capturing their first state title over the weekend. 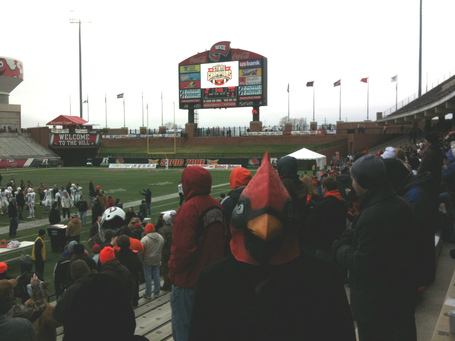 There is no sporting event the CCBM can't make these days.

How'd that work out for you, Rocky the Bull?

Eric Crawford offers up his initial thoughts on the Russell Athletic Bowl.

And finally, a big thanks to Rick Pitino for making my 2013 Christmas card a no-brainer. 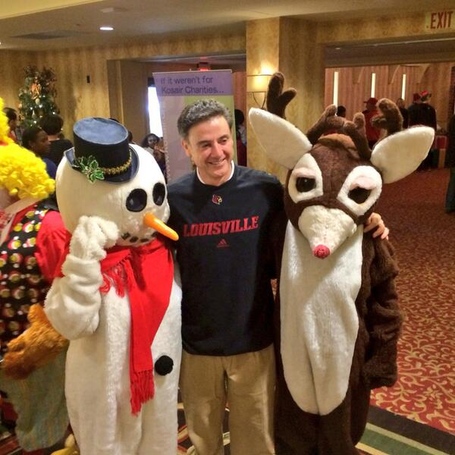 My great aunts will enjoy it.