It would appear our man Sohl - seen here with wife Elizabeth and 1-week-old daughter Ivy - has gone all domesticated on us.

Sports Illustrated's Luke Winn, the king of college hoops power rankings, has Louisville at No. 1 on his list to begin the season.

The choice between Louisville and Kentucky for No. 1 is not clear-cut. To take the Cardinals, you have to believe that power forward Chane Behanan will indeed be back from his suspension; that their offense can still thrive with three of what coach Rick Pitino calls "one-guards" -- scoring guards Russ Smith, Chris Jones and Terry Rozier -- in its rotation and no true point; that they can have another top-ranked defense despite new rules preventing hand- and forearm-checking. You have to prefer players who've already starred in NCAA tournaments ... to prospects who are jars of talent. What, you may be asking, is a jar of talent? It's a classically Russdiculous phrase Smith used when I asked him what it's like to be a veteran All-American with an uncertain NBA future in a place where your rival -- and biggest competition for the No. 1 ranking -- is loaded with freshmen perceived as first-round locks.

"Playing against guys who are surely going to the NBA never scares me, because I've played against guys who are now in the NBA who I felt like couldn't guard me," Smith told SI in late October. "That's nothing against them; there are guys in the NBA now who I've had trouble guarding. But when I look at [one-and-done] guys in college, I don't see them as anything more than a jar of talent.

"Once they put it all together they'll have an explosive NBA career. But as of right now, in college, I'm probably the most confident person going in, because I know how to play this game. If you haven't played a game of college yet, you're still in purgatory. You don't know the ins and outs. I've got a freshman year under my belt, I've got an explosive sophomore year, I've got a tremendous junior year, and, now that I'm a senior, nothing scares me."

On the flip side, none of ESPN's 20 college basketball analysts predict that Louisville will repeat as national champions this season. Eight of them do say that the Cards will make it to their third straight Final Four.

You guys can have Jimmy Dykes and Digger Phelps, I'm good with the support of Ken Pomeroy and Luke Winn.

Over at CBS, Jeff Borzello was the only expert taking the Cards to repeat, although four of the six college hoops writers like the Cards to make it to Dallas.

Also of note is that Chane was one of my co-panelists at Monday's Meat & Potatoes forum. I'd pass along his thoughts on the Affordable Care Act, but I'd have to kill you. All of you.

If you haven't seen the Francisco Garcia death stare yet, it's time to change that.

The second most of unbelievable part of this is still that Bilal Powell was one of the gunners on the punt team.

As if we didn't already have enough reason to be upset about losing Trey Lyles to Kentucky, now there's this discovery of his dad's career as an R&B singer. Of particular importance is T.Lyles' 1997 release "4the Sex of It." One can only assume that track four flows seamlessly into track five.

He had such promise as the new Papa Siva or Big Russ.

Your Louisville/UConn preview capsule from the Hartford Courant. 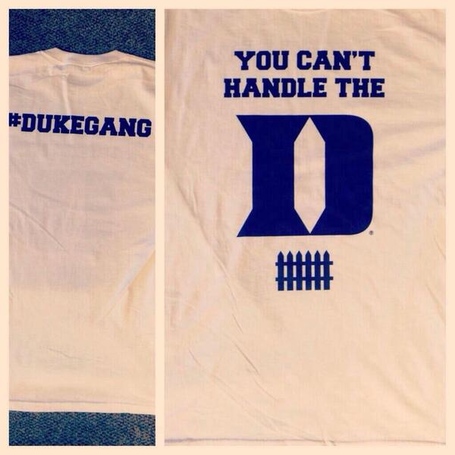 More details on the story behind Phish's Darius Washington Jr. song, including the complete lyrics:

Dry mouth, push it out, I can hear my heart pound
A hero's what I'm not
Voices scream, flashes flare, frozen as the people stare
My crucifixion shot

Friends were electric on the western side while triangles
Were shifting on the floor
Squeezing out the breath that I don't have, they're quiet now
They only want two more

Every shot I've taken has led me to this moment
Since I was 4 feet high
Big D is watching, I remember what he taught me
Don't let 'em see you cry

Gianiny's laughin' and Ellis is chest-pattin'
As D-Wash hits the floor
Should have seen this comin', when you were so self-lovin'
Stick your tongue out one time more

Basically, I should be in Phish.

This is probably the perfect time to announce that my new website, www.2and0inexhibitions.com, will be presenting the non-SisQo members of Dru Hill live from the parking lot adjacent to the Westport Rd. McDonald's this Sunday afternoon from 1-2:30.

Promotional flyers should be available by Saturday night.

We are less than 24 hours away from the start of a new college basketball season. You have my complete permission do all the championship video watching you need to in order to properly say goodbye to the greatest offseason in the history of offseasons.

Also, bookmark this page to answer any and all college basketball on TV questions you might have at any point over the course of the next five months. 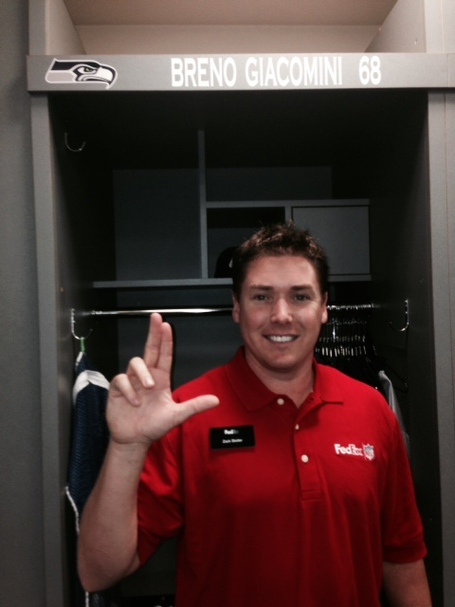 I used to spend a decent amount of time at the federal courthouse and never saw anything nearly this exciting.

The New Haven Register says UConn's last win (its upset of Louisville last season) feels like it was years ago.

The script the Huskies used to post one of the biggest upsets of the 2012 college football season - pressure on the quarterback, protecting the quarterback and establishing a consistent running game - is exactly what UConn has been lacking during an 0-7 season.

UConn sacked Louisville's Heisman Trophy candidate, Teddy Bridgewater, five times, which matches the total of sacks the Huskies have this season. On offense, Chandler Whitmer was sacked just once and Lyle McCombs ran for 137 yards.

"It just came together," said UConn junior linebacker Yawin Smallwood, who had 11 tackles, including two of the Huskies' 11 tackles for a loss. "Our offense came together, we helped each other out and guys just gave it their all for four quarters. And that is what we have to do this year."

Russ Smith was wearing his three rings after the game: "It was a rainy day and I didn't have anything good to look at."

A write-up of last night's game from the Pikeville side of things.

And finally, I'm back on the radio from 6-8 tonight on ESPN 680. Listen live or anytime on ESPNLouisville.com.