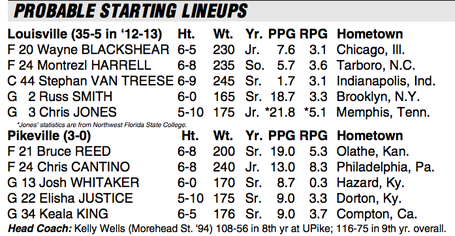 Ranked seventh in the preseason NAIA Division I coaches' poll, the University of Pikeville posted a 26-7 record last season, including a 15-5 mark in the Mid-South Conference. The Bears return four players from last year's unit that fell in the first round of the NAIA national tournament, a year after winning the 2010-11 NAIA national championship.

The Bears, with four senior starters, have been picked to finished secnd in the Mid-South Conference behind Georgetown College. Pikeville welcomed 12 newcomers this season, including 10 transfers from NCAA or junior colleges. The Bears' 26 victories tied for the fifth-most in school history.

UPike is shooting 53.4 percent from the field while holding its opponents to 38.6 percent accuracy and have a +19.7 average rebound margin. Senior forward Bruce Reed leads the Bears in scoring, averaging 19.0 points per game.

Nicknamed "the Bullet" by UofL Coach Rick Pitino, Justice's career scoring high was 12 points against both Butler and FIU as a freshman. He was Kentucky's Mr. Basketball, 2010 Player of the Year and the MVP of the state tournament as a senior at Shelby Valley High School in Pikeville, Ky. Justice had 18 points and six assists in UPike's Nov. 2 victory over University of Virginia's College at Wise and has averaged 9.0 points and six assists in three games this year. He was injured and did not play when the Cardinals faced Pikeville last season.

Kelly Wells enters his eighth season as the head coach at Pikeville, where he has a career record of 148-75. He led the Bears to the NAIA national championship in 2011 and was named the division's national Coach of the Year afterward. He was the head coach at Mason County High School from 1997-2004, where he guided Chris Lofton and the Royals to the 2003 state title. 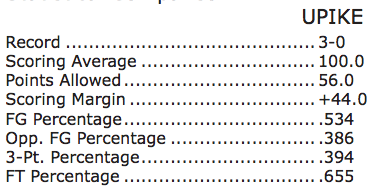 --U of L's last exhibition defeat was an 87-86 double-overtime loss to the Global Sports All-Stars on Dec. 2, 2000. The Cards have not lost an exhibition game in regulation since the Athletes in Action dropped the Cards 74-62 on Dec. 9, 1996, in Freedom Hall. 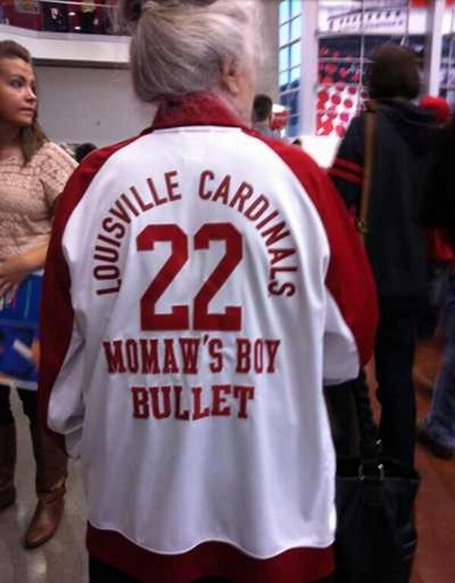 --Pikeville enters tonight ranked No. 7 in the NAIA top 25.