Congrats to Chris Gleim (JeanLucPICARD) and his new wife, who just returned home from a honeymoon in Mexico.

The Louisville women's team took on Pikeville in exhibition play on Tuesday, and uh, they did not have much trouble.

These posters are now available at area Thorntons: 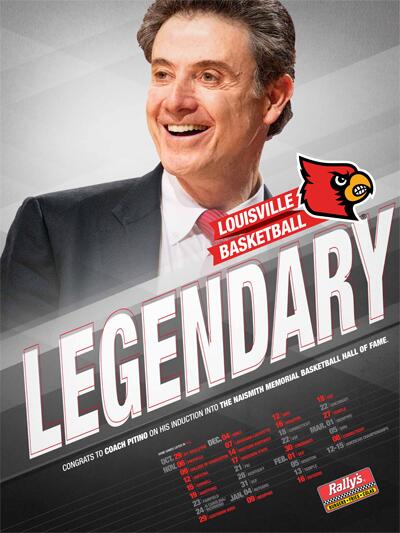 U of L announced Tuesday that it will be unveiling the 2013 national championship banner 15 minutes before the start of Saturday's season-opener against Charleston. Don't be late.

Matt Hayes of The Sporting News is still taking shots at Louisville, although this time they're justified.

I'm going to try to be as calm as I can here, because really, what does yelling accomplish?

A simple favor from coaches and Harris Poll voters: please consider head to head games when ranking teams with identical one-loss records. If that doesn't help, please consider this:

UCF WON AT LOUISVILLE - YET STILL IS RANKED BEHIND THE CARDINALS IN BOTH POLLS.

Preseason Bracketology is back, which means it's time to talk about the most meaningless example of an exercise that's always meaningless.

Jerry Palm of CBS is up first, and he's got Louisville as a two-seed in the Midwest taking on Wright Sate. Kentucky, Kansas, Duke and Michigan State are Palm's initial No. 1 seeds.

The folks over at Pikeville preview tonight's exhibition game.

The best cubicle at UPS: 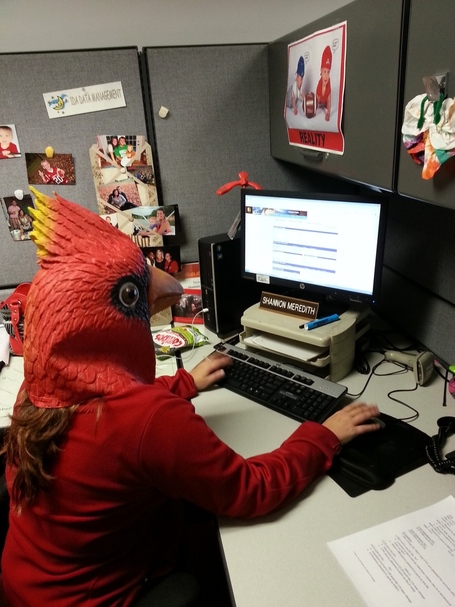 Rick Pitino checks in at No. 9 on USA Today's list of the 10 angriest coaches in college basketball. Wisconsin's Bo Ryan is No. 1.

A new "funky and hip" hotel is going in downtown.

I need this toboggan before winter hits. 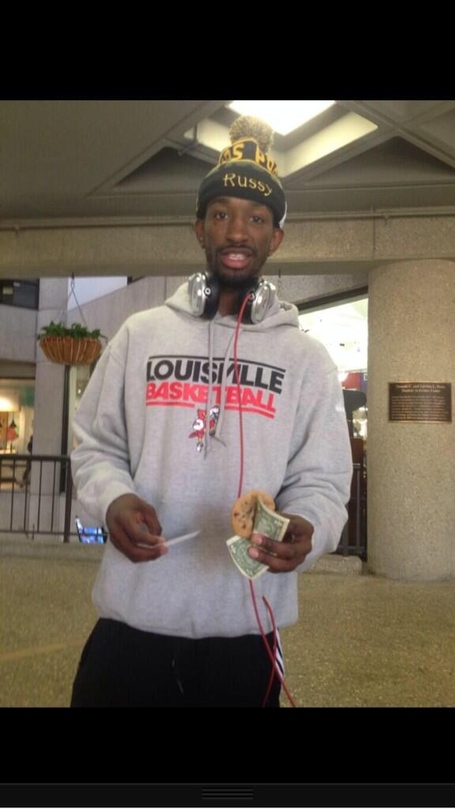 Your U of L men's soccer week in review. After locking down the regular season AAC championship, the Cards moved up four spots in both major polls this week.

Why the new hand-check rules are going to be good for college basketball.

Sports Illustrated says Chris Jones is the key to Louisville's chances of repeating.

While Jones might not have the same lightning-quick first step that Siva had, he is just as good a passer and playmaker and perhaps a better shooter and natural scorer. He also may not be quite as problematic for the opposition as Siva was defensively, but he is going to create a lot of turnovers and generally be a problem for opposing guards thanks to his quick feet and active hands. He is also, by all accounts, one of those insanely competitive types who is emotional but effective in crunch time.

If he can be the type of player everybody thinks he is, the Cardinals should be considered a front-runner to repeat. But just because he is as talented - if not more talented - than Siva doesn't mean he has what it takes to replace the heart and soul of last season's team. Siva had his offensive deficiencies, but part of what made him such a great point guard was that he understood his own team's dynamics. Few players picked their spots better than Siva. He knew when to push the pace and when to rein in his more excitable teammates. He knew when to jump-start the offense with penetration and when to let the play run its course. He wasn't perfect, but he was the perfect floor general for last season's Cardinals - a selfless veteran who didn't need the ball but always seemed to have it anyway.

Former U of L standout Alvin Sims was taken with the seventh pick of the second round in this week's UBA Draft. I'm not going to lie, it makes me feel at least a little bit younger knowing that Alvin is still playing semi-professionally.

Despite needing some outside help to make the BCS, Louisville's focus remains solely on 0-7 Connecticut.

Not too shabby, U of L fall/winter sports. 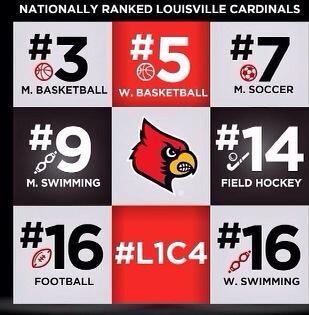 At least one gambler likes Louisville to cover against UConn.

So Teddy has recently hinted both on Twitter and on the radio that he'll be staying at Louisville for his senior season. While I still think that there's a .05% chance of this actually happening, it's nice to be able to dream.

This has single-handedly restored the last ounce of faith I had left in Facebook.

The Hoops Report has Louisville at No. 3 in its preseason countdown.

Just a few days after picking up a scholarship offer from Louisville, JuCo point guard Josh Gray revealed on Tuesday that he will be taking an official visit to U of L on Dec. 13. That's the same day the Cards will be taking on Western Kentucky.

And finally, beat Pikeville...and then beat UConn in two days.