Andy Harp spent his Cardinal bye week on a Caribbean cruise where he convinced the ship's senior officers to showcase some Louisville pride.

USA Today has the Cards at No. 5 in its preseason countdown because USA Today.

Another team in Kentucky is garnering national acclaim as the preseason favorite and on paper, up-and-coming McDonald's All-Americans make for a better title recipe than the likelihood of a repeat, but make no mistake, Louisville is even hungrier in 2013-14.

"Nobody should be thinking about partying. We should be ready to lace up our shoes and get ready to win another one," Harrell said.

Trey Lyles' Tuesday announcement has been moved from 12:50 to 12:55 (OMG HE'S SUBTLY REFERENCING THE FIVE TITLE SUPERIORITY THAT KENTUCKY HAS OVER LOUISVILLE!!!) and will be broadcast live on ESPNU.

Congratulations to Teddy Bridgewater, who is one of 16 semifinalists for the Davey O'Brien Award, which is given annually to the best quarterback in college football.

The Louisville women's soccer team took a tough 2-1 double OT loss to Memphis in the quarterfinals of the AAC tournament over the weekend. The Cards will now sit around and wait for the NCAA Tournament selection show on Monday, Nov. 11 at 4:30 p.m.

Via William George, things were pretty freaky at U of L in 1964: 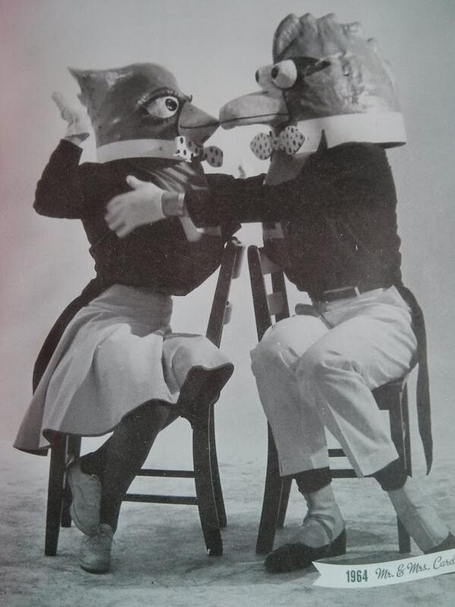 My fear is that the succeeding photos go on to show how the CCBM was conceived.

Would you like to see highlights of the Louisville men's soccer team's championship-clinching 0-0 tie with South Florida? Of course you would.

U of L (football) checks in at No. 6 in the latest UPS Team Performance Index Standings, which means they are once again my favorite set of college football rankings on the planet, and once again deserve to have their entire top 10 posted:

The one spot ahead of UCF is a nice touch. Never change, UPS TPI. 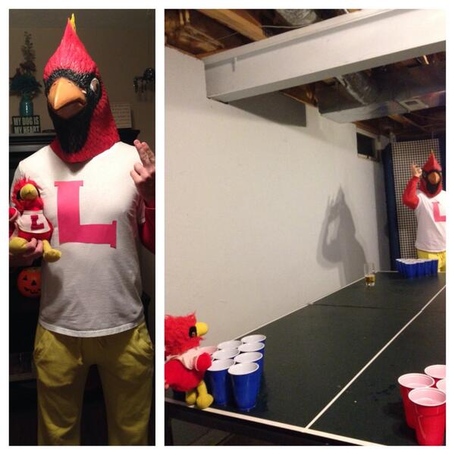 Your November sports calendar in the Derby City.

ESPN's Jeff Goodman continuing to try and make up for the infamous prize snub.

Just give us all an incriminating photo (or a rib punch) of Digger Phelps and we'll call this whole thing even.

Ricardo Velazco of the men's soccer team is the AAC player of the week for the third time this season.

The first Division-I games of the season don't start until Friday, but college basketball already has a top contender for dunk of the year.

Tim Sullivan pens a thoughtful column on the unhealthy level of disdain between the Louisville and Kentucky basketball fan bases.

Yet instead of respect for a worthy adversary, the prevailing sentiment between the two camps seems to be mean-spirited resentment. Yes, we know about the trail of NCAA infractions preceding Calipari's arrival in Lexington. Yes, we know about Pitino's extramarital excesses. Yes, we know many UK fans regard U of L athletic director Tom Jurich as a swaggering bully.

Yes, we know UK's Mitch Barnhart was more grudging than gracious in recognizing U of L's recent success.But must we hear about it incessantly? Must fans waste so much energy on an endless game of "gotcha" when the core difference between their teams is the color of their laundry? If familiarity breeds contempt, UK and U of L fans seem to breed it at a rate that would make termites blush.

"While other places take the game seriously, Kentucky takes it personally," Lonnie Wheeler wrote in "Blue Yonder," a fine book on statewide fanaticism. "To an almost frightening extent, basketball is the thing Kentucky chooses for its identity."

Yet if UK fans were really familiar with their in-state rivals, they could easily identify with the joyful Russ Smith and the earnest, team-first Luke Hancock. If U of L fans could spend 10 minutes with the Wildcats' engaging and thoughtful Willie Cauley-Stein, they'd ask him over for Sunday dinner.

When you get past the egos and eccentricities of the coaches, and filter out the lost souls who pander to fandom's lunatic fringe, what you find are a lot of nimble young men in short pants and sleeveless shirts who wonder what all of the anger is about.

Louisville finds itself atop the preseason poll/formula from TeamRankings.com.

A belated happy birthday to our man Chicken Knowles, who celebrated the big day on Saturday.Very excited to finally see Card Chronicle's favorite non-Cardinal in action. 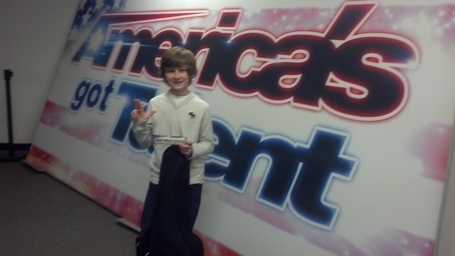 Seriously, that was his talent, holding up the L. He advanced. We're winning everything.

But for real though.

University of Louisville fall sports are a combined 33-4-2 (.872) in league play with three titles and counting. #EverybodyWins #L1C4

Whenever I've listened to the bulk of a song on iTunes but want to skip to the next one, I always click to the end of the song and let it finish on its on instead of hitting the "next" button. Feels wrong to strip the song of his hard-earned statistics.

Just thought you should know and adjust your life practice accordingly if you aren't doing the same. Songs are people, too.

Louisville is again the nation's wealthiest basketball program, by a lot. Here are some ESPN The Magazine graphics via Louisville's own Igor Guryashkin:

Former Card Terrence Jennings talks with Ridiculous Upside about what he needs to do in order to have a successful second season in the NBDL.

Brandon Lawrence got married over the weekend, and in the process gave the CCBM the She's All That moment it has always dreamed about.

That is, without question, the greatest vine in the history of vine.

Stephan Van Treese tells the guys over at Louisville Sports Live that he's ready for the larger role he's about to assume in his senior season.

After last season's huge upset, there's no way Louisville will take anything for granted against 0-7 UConn this year. 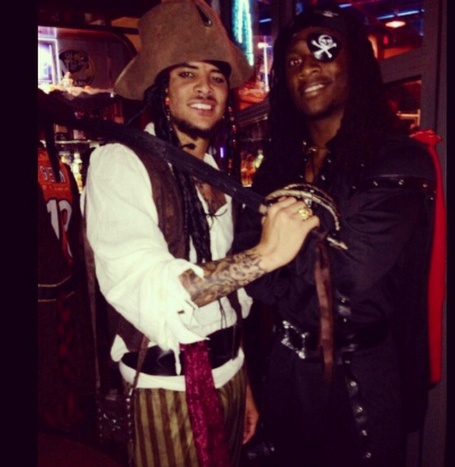 Just when they've figured out what Charlie Strong looks like... 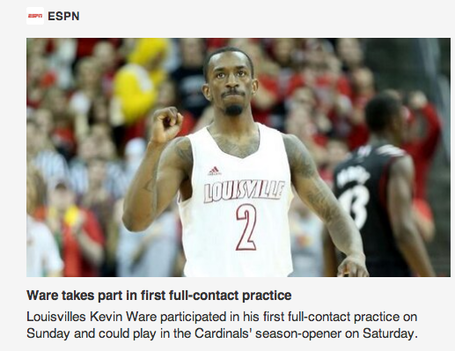 The Cardinal staff again spent some time watching class of 2015 power forward Carlton Bragg on Monday. Last week the staff reportedly told Bragg they considered him to be a "must-have."

And finally, I'll once again be serving as a guest panelist at U of L's Meat & Potatoes forum tonight at 7:30 at The Avenue in Cardinal Towne. Come for the free food, stay for the inhibited profanity.