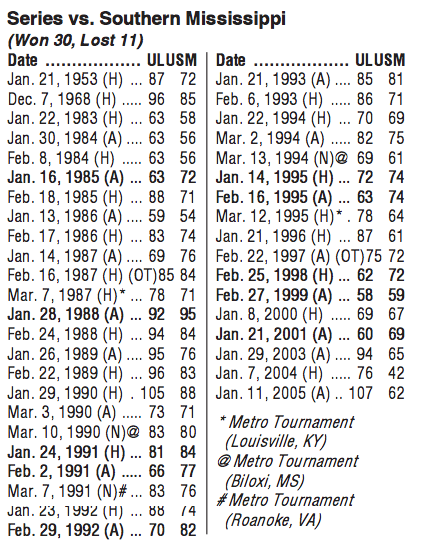 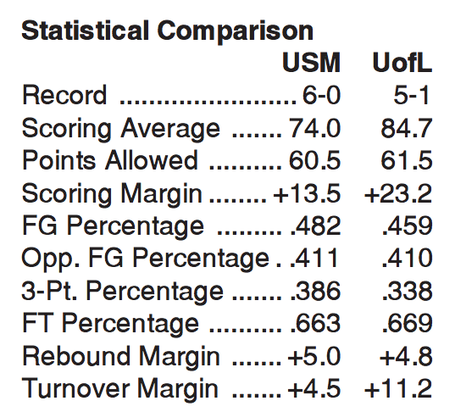 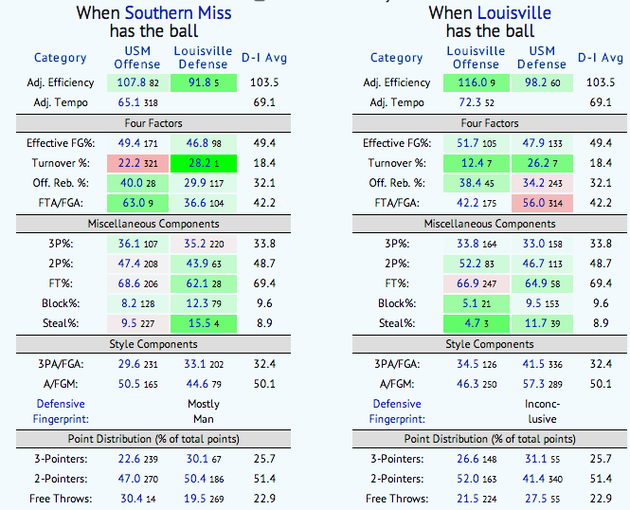 A simpler time. A Beefier time.

--Louisville leads the nation in turnover margin (+11.2) and is fifth in fewest turnovers per game (7.8. U of L has committed 10 or fewer turnovers in seven of its last nine games dating back to last year

--Louisville averaged 16.3 assists and committed 25 turnovers through four games but totaled 17 while turning the ball over 28 times against Fairfield and North Carolina.

--Southern Miss is looking to go 7-0 for the first time since 2006. The Golden Eagles won their first six last season before dropping their next three.

--Luke Hancock is 25 points short of hitting the 1,000-point mark for his college career.

--Southern Miss is a perfect 12-0 in the month of November under head coach Donnie Tyndall.

--Louisville is 9-0 under Rick Pitino in games following a loss in November. The Cards have won those nine games by an average margin of 22.8 points, and all but one of those victories (last year against Illinois State) have come by double-digits.

--Southern Mississippi leads Conference USA in scoring defense, allowing just 60.5 points per game (26th in the nation), and in three-point percentage, connecting on 38.6 percent from long range (34-of-88).