Late Tuesday night, it was discovered that what appeared to be Chane Behanan's 2012 Final Four ring was up for bid on auction house Grey Flannel's website.

The website has since removed the item from bidding, saying that Behanan's mother told them it had been stolen. 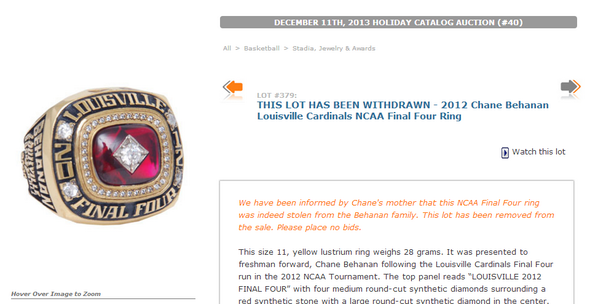 For now, this is the sum total of information available, but stay tuned to every UK fan you know for further updates.

What a bizarre month.