Game Time: 2:30 p.m. (or 25 minutes after the conclusion of the noon game between Richmond and North Carolina) 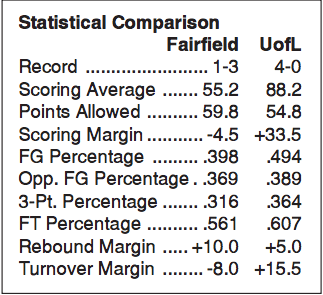 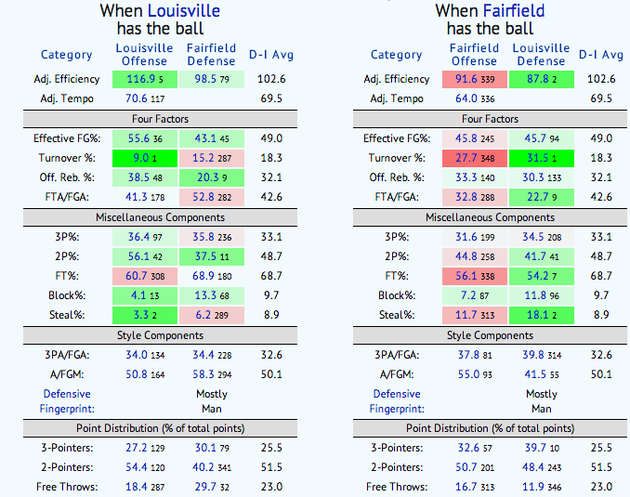 The powers that be involved in the contest originally tried to say this guy didn't get the car because he stepped over the halfcourt line, but a public outcry ultimately forced them to give in.

--This is the second semifinal game of the championship round of the Hall of Fame Tip-Off. The winner will face the winner of North Carolina vs. Richmond in Sunday's championship game on ESPN.

--Louisville enters the weekend leading the nation in fewest turnovers per game (6.0) and assist-to-turnover ratio (2.60). U of L has committed 10 or fewer turnovers in each of its last seven games dating back to last year.

--U of L and Fairfield have a common opponent in Hartford. Louisville destroyed the Hawks, 87-48, while Hartford got the better of the Stags, 63-53.

--Louisville is in the midst of a 20-game winning streak, the longest in program history.

--Fairfield was picked to finish sixth in the Metro Atlantic Athletic Conference before the season. Former U of L assistant Steve Masiello's Manhattan squad is the preseason favorite in the MAAC.

--The Stags have a double-digit rebounding advantage this season with a +10.0 average margin through its first four games. Fairfield has a -8.0 turnover margin while Louisville is among the national leaders with a +15.5 turnover margin.

--Rick Pitino is 4-0 all-time against Fairfield, with all four victories coming during his time as the head coach at Boston University.