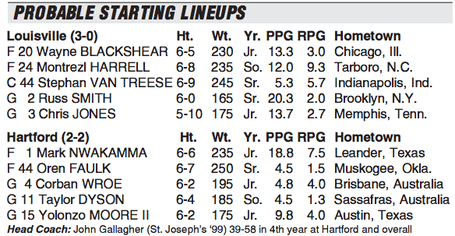 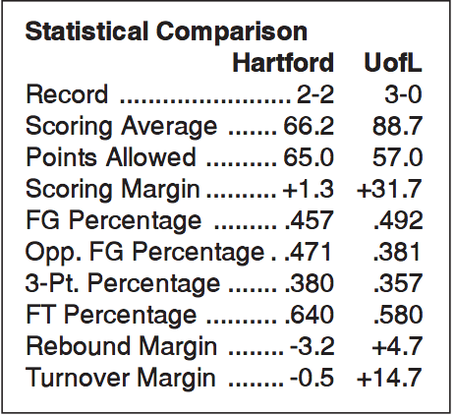 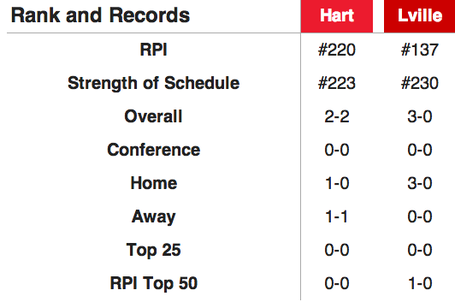 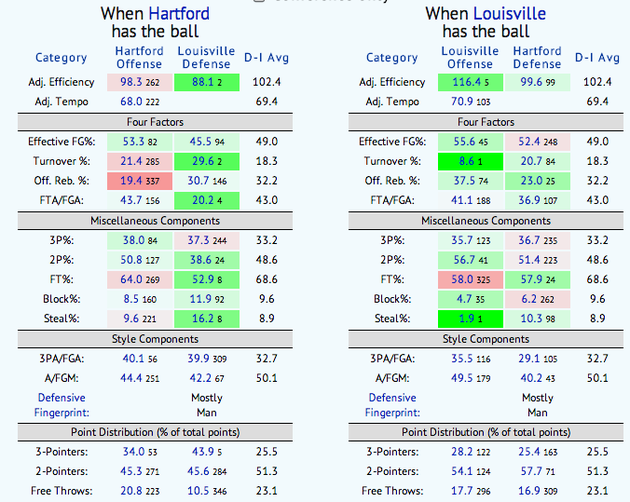 Miss you, Ari. Not really. Just feels like something you're supposed to say.

--Louisville is currently riding a 19-game winning streak, the longest in program history.

--Louisville is tied for second nationally in fewest turnovers per game (6.0) and are third in the nation in assists-to-turnovers ratio (2.67). U of L has committed 10 or fewer turnovers in each of its last six games dating back to last year.

--I watched Hartford play basketball at six in the morning a week ago. It was not fun.

--Hartford enters tonight's game coming off of back-to-back wins over Fairfield (63-53) and Fairleigh Dickinson (74-60). The Hawks were picked to finish fourth in the America East before the start of the season.

--This is the second game for both team in the Hall of Fame Tipoff, which will wrap up this weekend. Each squad enters tonight's game 1-0 in the event.