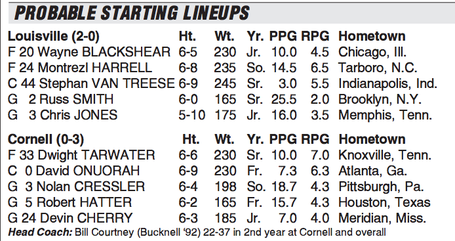 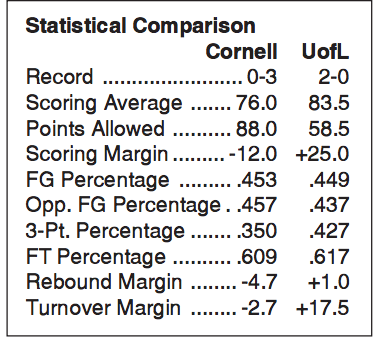 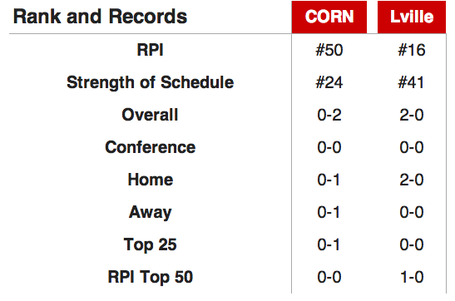 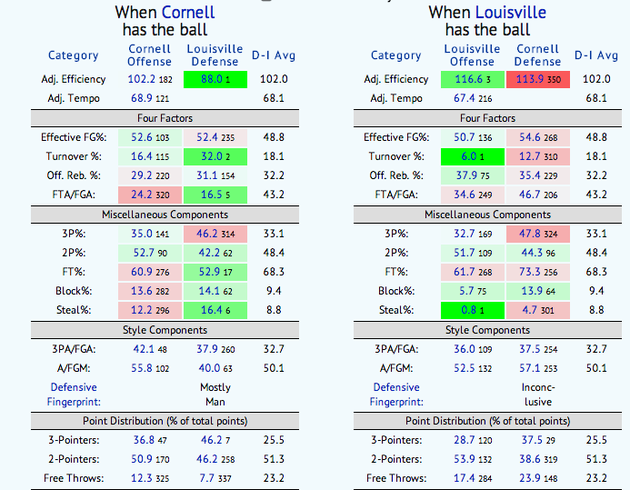 Seriously though, how tired do you think Cornell students are of Andy Bernard jokes?

--If Louisville defeats Cornell tonight, the Cardinals will set a new record for the longest winning streak in program histoty (19 games).

--Cornell was picked to finish sixth in the Ivy League before the season by the league's coaches. The Big Red return three starters from a squad that went 13-18 a season ago.

--Cornell enters tonight on a nine-game losing streak that dates back to Feb. 16.

--Louisville's average margin of victory during its current winning streak is 16.8 points per game.

--Dwight Tarwater is a hero.

--Louisville has turned the ball over just eight times in its first two games, the smallest number in any two-game stretch during the 13-year Rick Pitino era at U of L.

--Conversely, Louisville has forced 43 opponent turnovers in its first two games. That's good for a turnover margin of +17.5.

--Both Louisville and Rick Pitino are 4-1 all-time against Ivy League opponents. The Cards' one loss was to Columbia in 1967.

--This game is not a part of the Hall of Fame Tipoff.