Chinanu Onuaku officially signed with Louisville on Wednesday, and talked about it with Steve Jones of the C-J.

"It feels good," said Onuaku, who signed in the morning at Riverdale Baptist School in Upper Marlboro, Md. "The pressure has been taken off my shoulders now. I can focus my school and my basketball season."

The 6-foot-10 Onuaku, who is ranked No. 65 nationally by Rivals.com, committed to U of L six weeks ago over Georgetown and Miami, saying he and his mother felt comfortable around the Cardinals' players and coaches.

Asked what he thought was appealing about how coach Rick Pitino uses his big men, Onuaku said, "That he puts them in the NBA."

Also putting their signatures on paper for Louisville on Wednesday were Jaylen Johnson and Shaqquan Aaron.

More on the signees, and a potential surprise, tomorrow.

A look at all of Sports Illustrated's college hoops preview covers, and their complete rankings (Louisville is still No. 1).

Even without an invitation to join another conference in 2011, Louisville athletic director Tom Jurich took a huge gamble by giving a 27-month notice to Big East Conference officials that the Cardinals would leave.

Jurich's gamble paid off Wednesday, saving the school $4 million, when the American Athletic Conference, formerly the Big East, reached an agreement for Louisville to join the Atlantic Coast Conference on July 1, 2014.

Louisville agreed to pay $11 million to The American, instead of the $15 million the conference sought.

Also, for those of you worried about Maryland still needing to bolt for the Big Ten before Louisville can join up, I've been assured that it is "not a concern." The ACC folks have made it clear to U of L that even if the most extreme possible situation occurs, it will be worked out so that the Cards will join the ACC on July 1. Rest easy.

The majority of recruiting folks now seem to believe that UCLA will beat Louisville out for the services of Jonah Bolden. 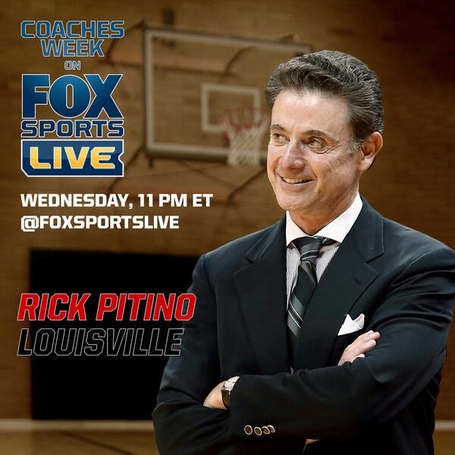 A look at how The Mighty Ducks will make you a better person. Deserves a Pulitzer.

I would have absolutely linked that even if I wasn't on it.

I would not have linked that if I wasn't on it.

I'm on board with this.

Shoni Schimmel breaks down her infamous lay-up on Brittney Griner to ESPN.

Dan McDonnell is raiding Lexington of its best talent.

U of L baseball has also announced that former AL MVP Josh Hamilton will be the featured guest at their 2014 Leadoff Dinner.

Calvin Pryor has really stepped his Twitter game up.

Louisville nice in all sports...how many of y'all can say that about y'all school?? I'll wait

I suppose something like this was bound to happen after last night.

A preview of the fifth-ranked women's team's Thursday night game against No. 14 LSU in the preseason NIT semifinals. Remember that the first 2,500 fans (over 21) in the Yum Center will receive a voucher for a free beer.

Can't fully explain it, but I just can't get enough of that headline/picture combo. It's probably the lack of sleep.

A big thanks to the U of L Sport Administration Club for having me as a guest speaker today. It was a lot of fun.

Less fun: Perrin Johnson ruining my opening joke by being late, and then completely outdressing me. He does this ish all the time and thinks it's fine because of his post-Sweet 16 Washington win USA Today cover appearance.

Just because women all over the city of Louisville still have it blown up and framed doesn't mean that you can treat people like this. Getting real old, man.

U of L volleyball inked a pair of major recruits Wednesday.

I'm not typically the betting type, but I would take this one.

Jeff Walz officially landed a big one when Myisha Hines-Allen signed her letter of intent on Wednesday. 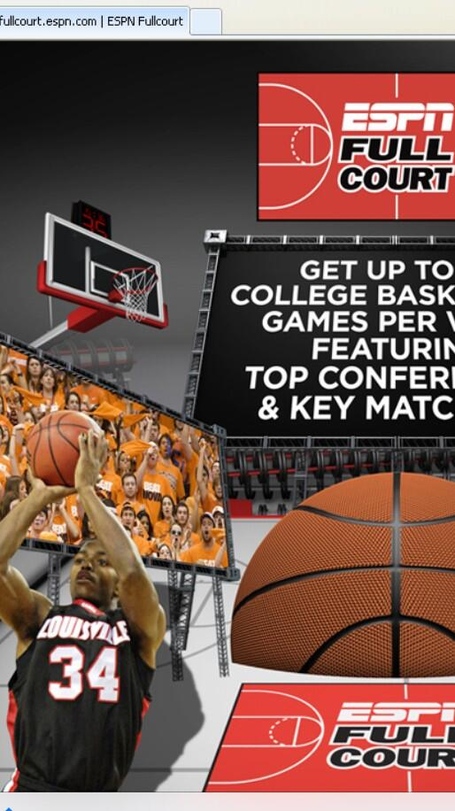 The Houston Chronicle breaks down three Louisville players to watch for Saturday's game. They go with relatively unheralded Cardinal quarterback Teddy Bridgewater as a bit of a wildcard selection.

Probably the best thing you or I will see all week.

Here at UC we pride ourselves on having one the most mature student bodies in all of America... pic.twitter.com/PYllfs7T6d

And finally, Chicken Knowles has at long-last been cleared by the NCAA and is eligible to begin playing immediately for Houston.

It was really hard for me to not write "finally" twice there.

"As excited as our coaches, players and fans will be with this news, no one will be more excited to hit the court than Danrad on Thursday night."

Knowles, a 6-10 sophomore, missed the first two games awaiting clearance from the NCAA. He sat out the 2012-13 season while attending classes at UH-Downtown and will have three years of eligibility remaining.

UH is expected to petition the NCAA to get back the lost year at some point.

Our favorite non-Cardinal will make his debut tomorrow night against UTSA.