A good read from Scott Phillips of NBC on Montrezl Harrell's transition into a leadership role.

Although I'm not sure Google News got the right picture attachment. 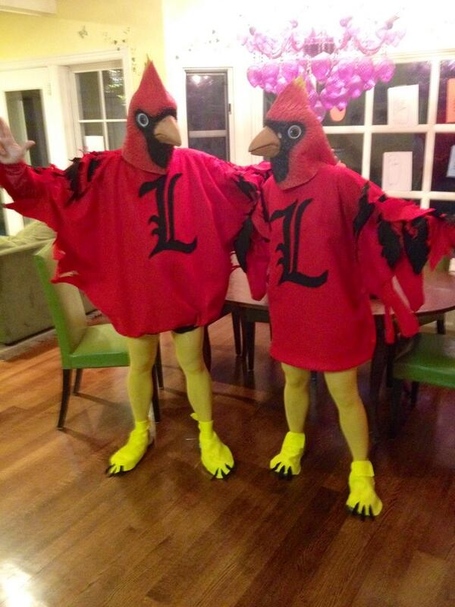 A large chunk of kids are doing their trick-or-treating tonight, and 106.9 is now playing nothing but Christmas music already. Never change, Louisville.

On second thought, change a lot, Louisville. Celebrate your holidays in order.

Jeff Goodman examines what could cause all of the top contenders for the 2013-14 national title - Kentucky, Louisville, Michigan State, Duke, Kansas and Arizona - to stumble (insider).

CBS talks about the best backcourts and frontcourts in America, and says Louisville ranks second in the former category.

Comment: If Memphis is No. 1, Louisville might as well be 1A. The Cardinals are relying heavily on newcomers - but those newcomers are big-time. Jones was the best junior college player in the country, while Rozier was a five-star prospect. Oh, and Smith is back as an All-American.

And seventh in the latter.

Comment: Obviously, this ranking hinges on whether Behanan is available for the majority of the season. If he comes back in December, it will be entirely justified. If not, well, the Cardinals could struggle down low. Harrell is ready for a big season, while Hancock and Blackshear form a terrific wing duo. 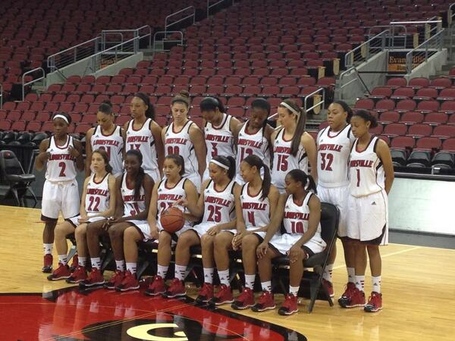 Speaking of the ladies, tip-off for their Tuesday exhibition game against Pikeville has been changed to 11 a.m.

Wager accordingly (depending on what time you're seeing this).

In related news, this may be the most conflicted I've ever been in a potential gambling situation.

Is there a way to make a wager where I only get paid if the horse comes in first or dead last?

According to Adam Zagoria, the Louisville basketball staff told class of 2015 recruit Carlton Bragg that he was a "must-have." The staff extended a scholarship offer to the five-star power forward earlier this week. 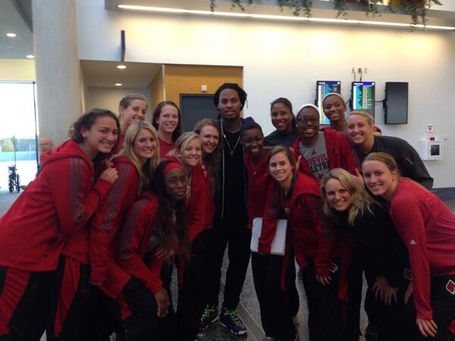 Vance Bedford says the Louisville defense has turned a corner.

Had I wound up being a practicing attorney, I like to think I could have pulled off something as wonderful as this.

Apparently there is now a virtual golf system on U of L's campus. I'm proud that it didn't take long for this to happen during a round at St. Andrew's. 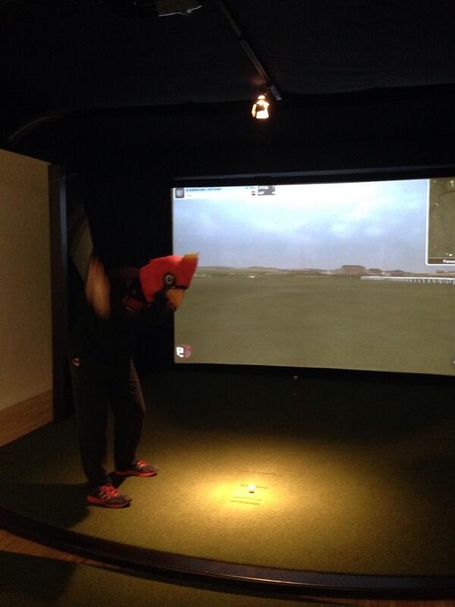 If you're interested in being an extra in a movie, show up to Slugger Field on Saturday.

The U of L men's soccer team won a wild one with St. Louis, 3-2 in overtime Thursday night.

ESPN puts to bed any crazy talk in the Commonwealth.

Not to deflate fan bases everywhere, but it's nearly impossible to end the season with zero losses. This shouldn't be news to most. However, every year it's a fun topic of discussion, probably because the accomplishment is just close enough to being possible to stoke one's imagination. This season is a little different in that there is some talk of the feat before the season even begins. So let's put this to rest right now: Louisville is not going undefeated this season.

OK, neither is Kentucky. At this point I'd like to advise John Calipari to water down the nonconference schedule if 40-0 is truly on his coaching bucket list. Playing at North Carolina along with several other competitive neutral-site games is no way to make this happen. (And, to their credit, many teams schedule with the assumption of some early struggles against top competition.)

I don't think anyone in red and black ever claimed we were, let alone made a website about it.

The Business Journal says Louisville's efforts to land multiple NCAA championships could be paying off. 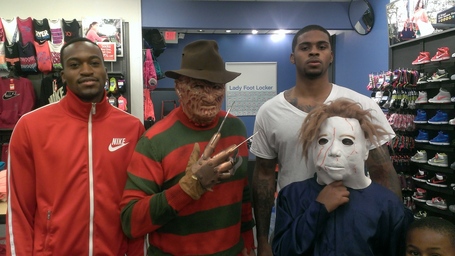 Although the picture seems to indicate otherwise, Kayoss says Chane was in extremely good spirits. Also, he has no idea who the kid in the Michael Myers mask was.