Bye week Halloween spread check: Louisville by sevenscream and a half.

Let's be honest for a second: Neither you nor I know anyone as cool as Luke Hancock. 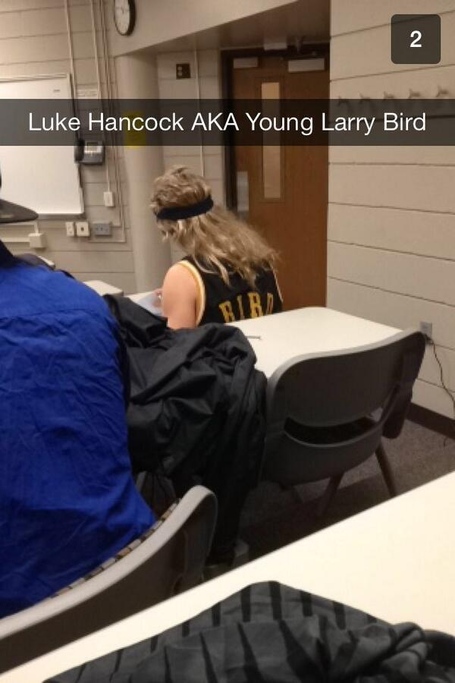 ESPN's Jeff Goodman names Montrezl Harrell as the No. 1 breakout player (insider) for the 2013-14 season.

Louisville checks in at a surprisingly low No. 6 in ESPN's preseason power rankings. The worldwide leader says the drop is due to the indefinite suspension of Chane Behanan.

I'm sure the last paragraph of this Emory University study into college basketball recruiting won't ruffle any feathers.

Finally, maybe the most interesting element of our analysis is that we are able to identify recruiting results that are statistically unlikely. If we agree that our model captures the key drivers of recruiting (expenditures, revenues, past success, current success, conference affiliation, conversion of recruits to NBA picks, etc...) then exceptional recruiting hauls should be a bit troubling. These unusual results mean that either a given coach or program have a "specialness" not included in the model. We will let readers speculate as to what this "specialness" might be. Our list includes three programs: Kentucky, Texas and Villanova.

The Kentucky results are especially dramatic. Our calculations (which are a bit of the back of the envelope variety) suggest that the probability of Kentucky's results occurring by chance is just 1%. But again, we do acknowledge that there may be something special about this program that our model doesn't capture. However, we should also note that we do not find a similar "specialness" for schools such as North Carolina, Kansas, Duke and UCLA. And to take things just a step farther if we just look at John Calipari's results across Memphis and Kentucky our estimated probability of his recruiting results is less than .1%. As before we acknowledge that we may be omitted a variable or two that captures coach Calipari's recruiting gifts, but our model doesn't identify other high powered recruiters such as Thad Matta, Bill Self or Coach K as outliers.

Indianapolis linebacker Brandon Lee has announced that he will choose between Louisville, Missouri, Virginia Tech and Cal during a 4 p.m. press conference on Nov. 8.

Baby coach Halloween costumes might be the best thing about the Internet. We need a Baby Strong or a Baby Jurich this year more than we need oxygen. Someone step up. 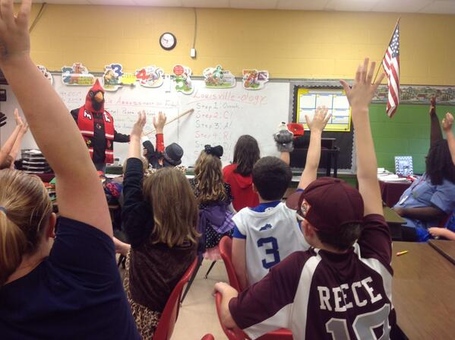 I think the young man in the No. 3 jersey might need some after-hours tutoring.

Andre Dawkins' story makes him one of college basketball's most intriguing players for the upcoming season.

CBS talks about Louisville's plan of action whenever Rick Pitino decides to call it a career.

LOUISVILLE: Pitino seemed close to retiring a couple of years back and actually announced in 2011 that he'd walk away after the 2016-17 season. But that no longer seems likely. He's rejuvenated, coming off a national title and possibly headed for another. So retirement appears at least four or five years off, and, by then, it's difficult to project where some of his former assistants with Louisville ties might be. If Steve Masiello's career takes off, might the current Manhattan coach/former Cards assistant get a call? Smart would obviously also make a lot of sense here, and he'd have to listen. But the ideal plan, I think everybody agrees, is for Richard Pitino to succeed at Minnesota so that he could be in a reasonable position to succeed his father when the time comes. Whenever that time comes.

It's almost high school basketball time in Louisville, and 6th/7th region previews are available online for $10.

I don't enjoy Red Sox baseball, but in honor of them winning the World Series last night, here's Luke McCall and Nick Colyer representing on the field at Fenway over 4th of July weekend: 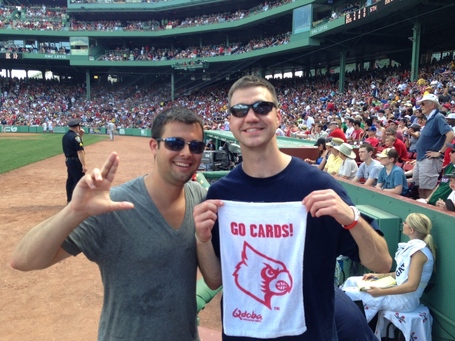 Congratulations to Louisville's own Mayor Greg Fischer, who has been named one of America's Public Officials of the Year by Governing Magazine. One can only imagine that it was his "Wear Red Day" proclamation and his refusal to acknowledge Kentucky as one of the city's co-teams that earned him the distinction.

These jorts make for the scariest Halloween costume of the year. 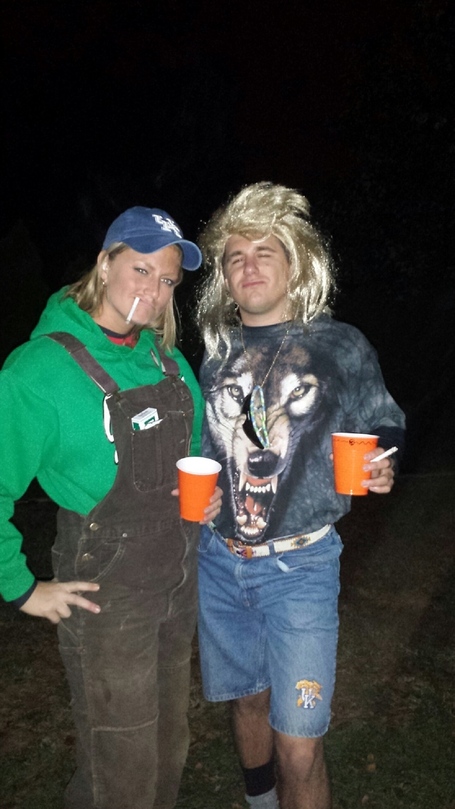 I think the banana might be the most haunting aspect of this.

A reminder that the Louisville men's soccer team's Halloween for Hunger game is tonight against Memphis. Bring a canned good if you're headed out to Cardinal Park. It's the start of a big weekend for the Cards.

Probably the best fan graphic ever. 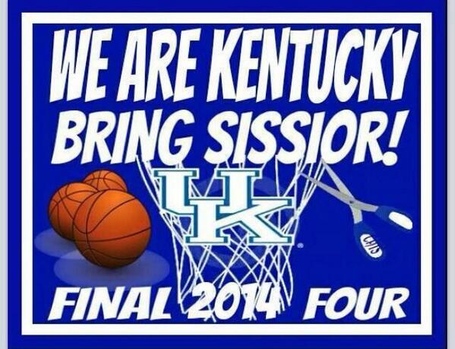 Sometimes C's are hard, I mean I get it.

Maybe he was right.

Congratulations to Trinity quarterback and U of L commit Reggie Bonnafon, who has been upgraded to a four-star recruit by ESPN.

Francisco Garcia had himself a night on Wednesday. 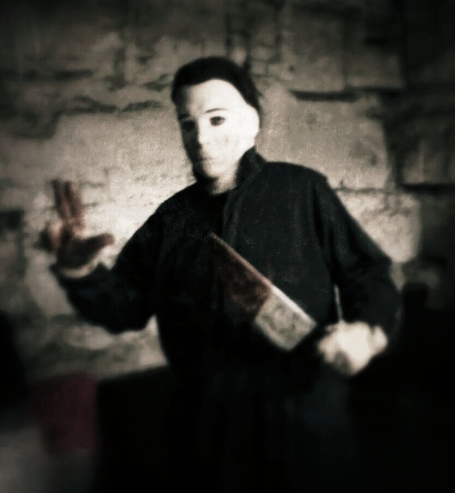 The same can be said for Tyler Starnes and his daughter, Isabel, albeit in moderately less stabby fashion. 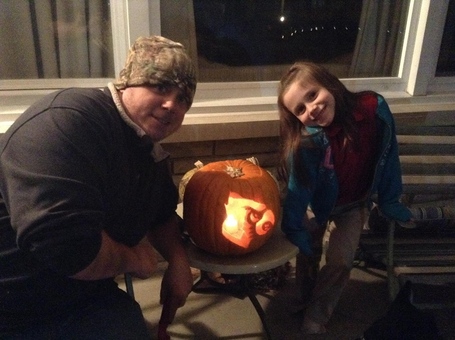 NBC Sports has Louisville at No. 3 in its preseason countdown.

If you're interested in attending Louisville's bowl game, wherever it might be, you should probably check out this deal on Living Social.

And finally, happy Halloween, guys and gals. Stay safe and don't blow away.