Now That's What I Call Cardinal Music: The Montrezl Mash

Share All sharing options for: Now That's What I Call Cardinal Music: The Montrezl Mash

This is a special seasonal release of NOW That's What I Call Cardinal Music.

This release is dedicated to Brandon Lawrence, one of the originators of the NOW series, who is getting married this weekend.

THE MAKING OF MONTREZL

Rain poured loudly on the shingles outside of Minardi Hall.

Inside, deep in the cellar, Dr. Kenny Frankenklein and his assistant McGeegor were feverishly at work. 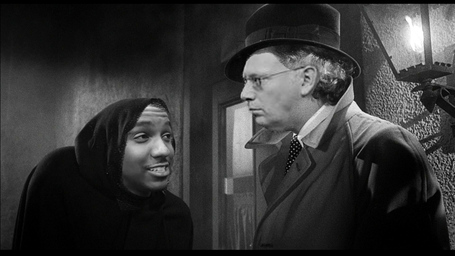 "McGeegor, we must find a heart," Dr. Franklenklein declared. "Go out and find me one before day breaks."

"Yes, Master," McGeegor mumbled as he decidedly limped away.

As McGeegor exited, Dr. Frankenklein looked with concern down at the table before him. For the morning dawn would mark two fortnights since he received a request that ultimately would change the lives of everyone in the sleepy town.

The remarkable request had been made by the Mayor of the town and came shortly after a string of dubious events occurred in the neighboring town.

"I want to give the people a song," said the Mayor to the perplexed Dr. Frankenklein. "But when I do, I need them to know how to dance."

The Mayor went on to explain that as music played from the neighboring town earlier that Spring, he watched on in horror as couches burned, women exposed themselves and young children ran wild without supervision.

"For it is I who will ensure the music plays in this town, songs the residents have not heard in many many years," the Mayor prophetically exclaimed, "But you, you Dr. Frankenklein must build me not a someone, but a something to lead this dance."

"In the likeness of man, but powers beyond," the Mayor requested, as he grabbed his overcoat.

"The citizens and neighboring cities must not know of our plan, so we shall henceforth refer to it as Project Silent L," added the Mayor as he disappeared into the dark.

Since the moment the Mayor stepped out the door, Dr. Frankenklein and his faithful assistant McGeegor have tirelessly toiled, working quintuple overtime, to give the beloved Mayor his whimsical wish.

Part machine, part animal and with the final addition, which was to be fulfilled this very night, Project Silent L would become a man.

Out in the town, McGeegor now found himself in Hargrave Cemetery. Here, a rendezvous was arranged with Kevin Keatts, the Mayor’s devoted aide, who had long owned the land the cemetery was on.

Mr. Keatts, holding a torch, summoned McGeegor to follow him. They walked deep into the cemetery. The graves lined up one-by-one, and McGeegor genuflected at each grave in respect as he passed.

Less cool than this side of the pillow

Mr. Keatts asks McGeegor to hand him a shovel and he begins to dig.

The wind begins to howl, and the dirt falls off the shovel like Crums to the ground. The gentlemen, never nervous, continue on.

Keatts’ hands begin to blister. He is clearly fighting off payne, when the shovel connects with something hard.

With words unspoken, Mr. Keatts grabs the box with the care of a doctor and hands it to McGeegor, who limps off into a heavy fog.

Back at Minardi Hall, Dr. Frankenkelin paces briskly, nervously checking his wrist watch, when an out of breath McGeegor stumbles down the stairs.

"Did you get it," Dr. Frankenklein exclaims.

"Yes master, yesssssss," McGeegor says with pride. "It has arrived."

Dr. Frankenklein quickly grabs the box from his assistant. Inside of the box is a softly beating heart of red, covered in cobwebs.

Dr. Frankenklein turns to the table and gingerly places the heart.

The heart, as well as those of Dr. Frankenklein and McGeegor are still.

The heart slowly begins to beat.

Dr. Frankenklein quickly looks to his wristwatch to note the time of 9:23. As he looks back to the table, his eyes become the size of Georgia peaches and he yells out: 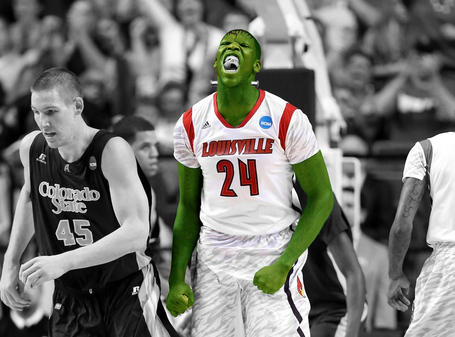 *This work of art was created by Harrison White. Thank you for everything, Harrison. You're a hero

Alone now with his masterpiece, Dr. Frankenklein, begins to speak to him/it, referring simply to him as Project Silent L.

"You are home now," an equally emotional and convicted Dr. Frankenklein declares. "They will love you. They will all love you. You are what we have waited for."

Project Silent L breaks a smile, feeling, in his heart, the love of the people.

But, at the same time, Project Silent L begins to feel rage. He grabs a bucket at the side of the table he now stood next to and began to wildly throw it at a glass window in the cellar.

Just as the bucket bounces off of the glass window, the Mayor rushes down the steps.

"In all my years, it is the greatest creation I have ever seen." the Mayor waxed poetically.

"He is a monster, but a treasure to our fine city. We shall call him Montrez," The Mayor confidently proclaimed. "And in honor of all of your hard work on this project Dr. Frankenklein and McGeegor, we shall add a silent L to his name and spell it Montrezl."

"I must take him to the people," decrees the Mayor.

And so he did and as promised, the music played loudly and beautifully. The people took to the streets and led by Montrezl, together…

And here were the songs the people danced to... 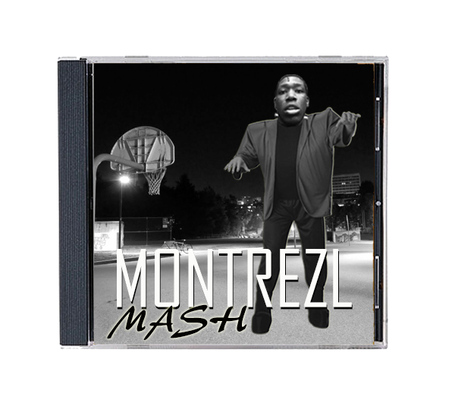