That's Charlie Rutherford making me the proudest uncle on the Internet. Had tears of joy in my eyes the entire time I wrote what you're about to skim through.

The first installment of The Rick Pitino Show on 84WHAS Radio will take place tonight from 7-8 at the Buffalo Wild Wings in Middletown. Seating for the show is first come, first served.

Pitino spent some time yesterday on the "Happy Hour" show with Kentucky Wesleyan coach Happy Osborne. You can listen to his segment here. 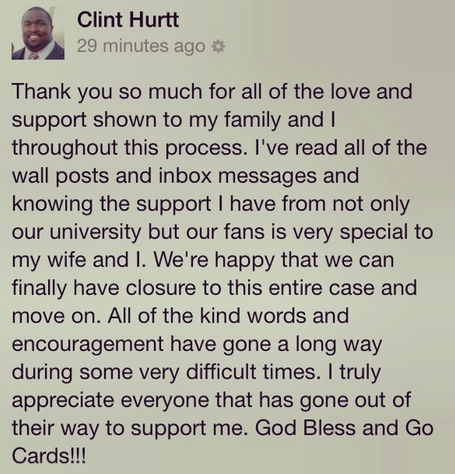 I just saw that The Courier-Journal led with the Clint Hurtt story on its front page this morning and devoted 1/3 of its sports section to it. That seems like an incredible amount of overkill for a story that 95% of the rest of the country has already forgotten about and the other 5% will have in 48 hours.

I never thought I'd say this, but I am so ready for Kentucky to win something, anything, so this relentless (and almost unbelievably annoying) attention on anything and everything U of L can cease. If Mark Stoops had miraculously led UK to a 5-1 or 4-2 start, I don't think the Hurtt story ever becomes a big deal even locally. I mean, look at Missouri. Frank Haith has 13 pages of the NCAA's report dedicated to him, he's caught paying off a shady booster to keep quiet about his staff's interactions with high school players and amateur coaches, he gets suspended five games, his AD issues a statement of support, and absolutely no one gives a sh-t.

The Spotted Bass basically sums up the entire situation in two tweets.

Media slammed the NCAA for its handling of the Miami case. But now that report is released, it's suddenly bullet-proof. Who's hypocritical?

I despise the NCAA unless they sanction my rival's current employee for violations at his previous job. @CardChronicle

Louisville leads off this week's Numerical. I wish it didn't.

Louisville tackles for loss against UCF. Cardinal quarterback Teddy Bridgewater was perfectly fine in UL's 38-35 loss on Friday night -- 76 percent completion rate, 8.1 yards per attempt, two touchdowns -- and Louisville did score 35 points against a decent UCF defense. But the Cardinals, boasting some incredible per-drive defensive numbers, just couldn't make stops when they needed to. And they definitely couldn't get enough pressure on UCF quarterback Blake Bortles, who wasn't sacked once in 32 pass attempts.

After falling behind, 28-7, early in the second half, UCF scored on each of its final five possessions -- four touchdowns and a field goal, with four of five drives going at least 52 yards -- to stun the previously undefeated Cardinals and become the new favorites in the AAC race. Louisville was bending a little but not breaking at all through the first six games of the season. But the D broke in a major way in Game 7. UCF averaged 6.9 yards per play, ran and passed when it needed to, and pulled off the biggest win in program history.

You've probably already seen it by now, but Outkick the Coverage ranks Big Blue Nation as the second dumbest fan base in America. After experiencing the last four days, I'm not convinced they weren't being overly generous.

Mickey's on the train. 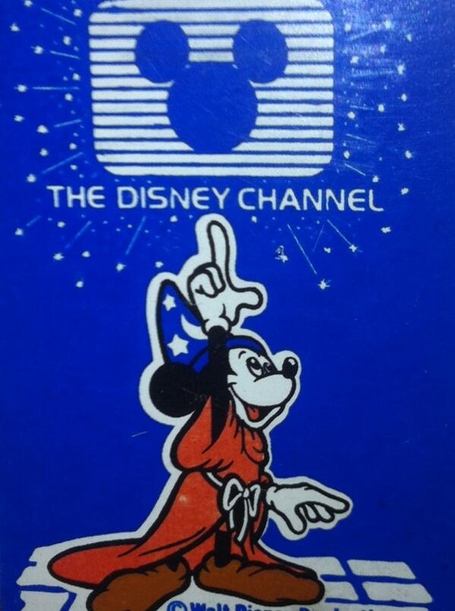 The Tampa Bay Tribune pens a tribute of sorts to Teddy Bridgewater.

Last week was the first with zero sh-t-talking from an opposing player. That being the case, it makes me happy to read this.

Don't worry about the UCF loss, guys, Louisville is still in first place of the District 2 South Division over at Commie Football.

The UConn blog, fans of our new second favorite team this weekend, breaks down all the reasons why people should hate Central Florida.

"It's going to be an exciting season," the Cardinals coach told the Louisville Courier-Journal. "We are one year away from a potential mini-dynasty - one year."

Louisville has been to seven straight NCAA tournaments, made the 2011-12 Final Four and then won it all last season.

"If these players rise to the occasion once again - win another conference championship, go back to the Final Four - it takes three to have the makings of a dynasty," Pitino added.

Former U of L commit Jeremy Tyler is reportedly about to get a roster spot with the New York Knicks.

Peter Cetera is obviously not banned by the BYU Code of Conduct.

And now, the CCBM portion of News and Notes...

Drinking and waving a rally towel. 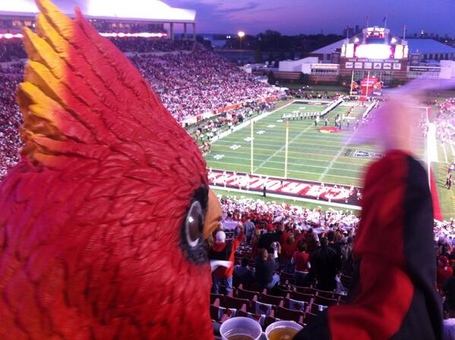 At the Shore Temple Ruins in Mahabalapuram, India: 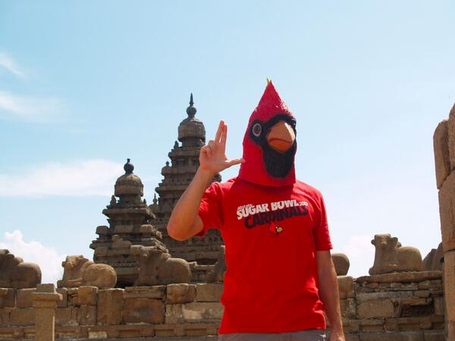 Continuing to be a band hero: 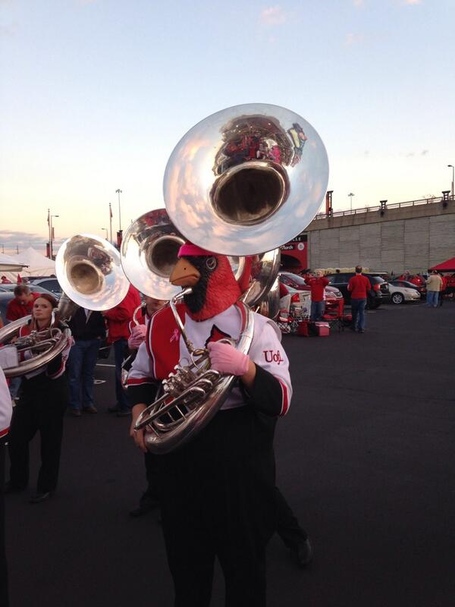 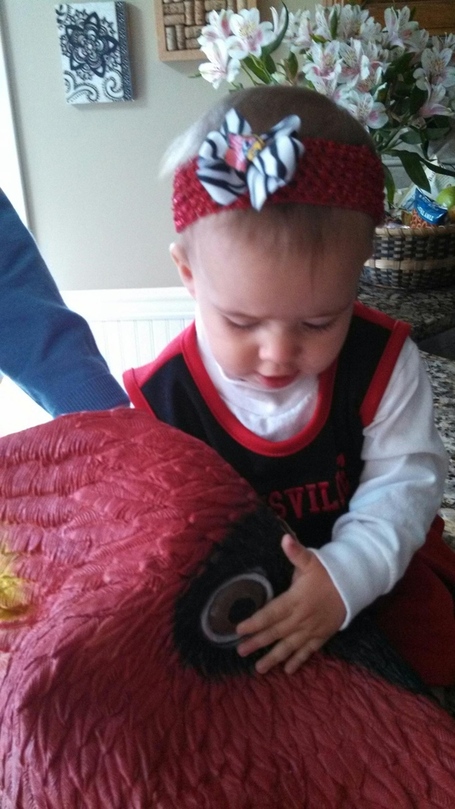 And hanging out with former assistant Reggie Theus at Cal State Northridge: 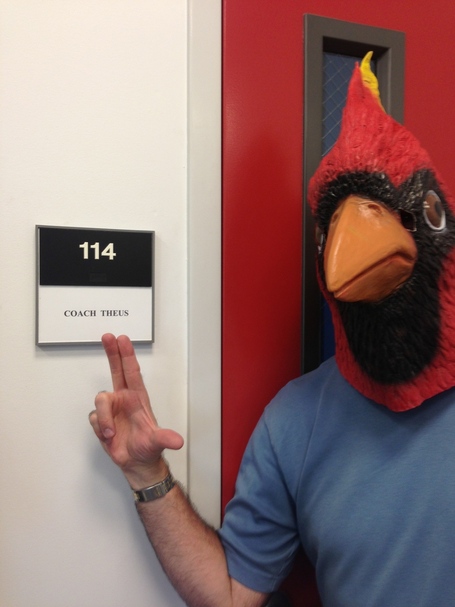 For even more CCBM, check out Kayoss' glorious shots of last week's march to the march.

HALLOWEEN COSTUME IDEA #7: Guy Who Doesn't Laugh and Says "That's Hilarious" When you Tell a Story That Isn't Hilarious.

I know. You're surprised that Purnell is still coaching at DePaul. I was, too. I remember him confusing the college basketball world when he left Clemson for DePaul in 2010. Since I haven't heard anything about him in three years, I figured he arrived in Lincoln Park, realized he made a huge mistake, immediately resigned, and spent the last three years fishing. But nope - DePaul's website still has him listed as the head coach, even though no coach in DePaul basketball history has ever gone through a worse three-year stretch than than Purnell has in the past three.

I'm only half-joking about not knowing Purnell was still at DePaul. What's not a joke, though, is that I had no idea until I recently saw it on Wikipedia that Purnell has the same number of NCAA tournament head coaching wins as I do. Even as I read that back it makes no sense. Oliver Purnell has been a Division I head basketball coach since 1988 and he has zero NCAA tournament wins?! ZERO?! As in five less than Steve Alford and one less than Frank Haith? How is that possible? More importantly, why don't DePaul fans hold up signs that read "Oliver Purnell Has 0 NCAA Wins" at games? Why is there not a "Has Oliver Purnell won an NCAA tournament game?" website like HasMarioBalotelliMissedAPenalty.com that just reads "NO" when you go to it? I was planning on using this space to talk about how the Blue Demons somehow aren't even the best team in Chicago anymore and how Purnell makes $1.8 million a year even though he finished last in the Big East in each of his three seasons at DePaul. But finding out Purnell has zero NCAA tournament wins changed all that. This is my new favorite college basketball statistic. I'm now cheering for DePaul to make the tourney this year just so Purnell can add to his 0-for-6 total.

The AP's Louisville/USF  preview is here.

A big shoutout to my new best friend, John Allen, who hooked me up with Hajj Turner and Marques Maybin practice jerseys. 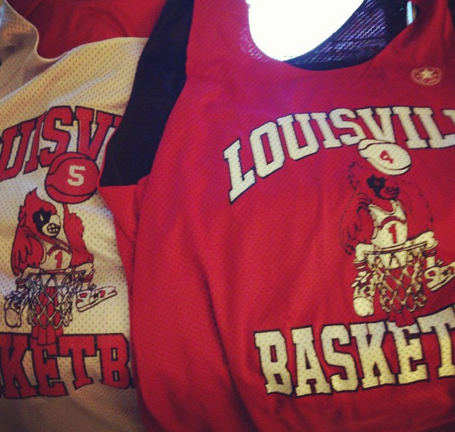 Not joking when I say these are now in my top five most valued possessions.

The coup de grace of this early Christmas present was a Maybin/Rashaad Brooks senior poster signed by both players, Reece Gaines, Denny Crum AND Susan Sweeney Crum. Tell me where else you're going to find that celebrity combination.

All of this will be displayed prominently if I ever have enough money to own a place to display them prominently.

A sign of things to come? Xavier and Ohio played a scrimmage over the weekend and combined for 71 fouls and 91 free-throw attempts.