A major tip of the cap in the direction of this little man, who is holding it down for the Cards at Kosair Children's Hospital.

South Florida coach Willie Taggart said Monday that senior quarterback Bobby Eveld will start against the Cards this Saturday. Eveld started against Louisville as a sophomore back in 2011 when B.J. Daniels was out with an injury. He threw for 210 yards and a score in that game,  a 34-24 U of L win.

Voodoo Five is your SB Nation home for all USF-related shenanigans this week.

Charlie Strong said during his weekly press conference on Monday that he didn't believe the better team won inside Papa John's Cardinal Stadium last Friday. It's a belief that UCF coach George O'Leary does not share.

"Charlie did that?," O'Leary asked. Really."

"They're a very talented team. Obviously when you say the best team didn't win, you've got to look in the mirror as far as players and coaches. I'll leave it like that. I think it was a great win. All I look at is wins and losses. I don't get involved in, 'He said, you said, we said.' I think any time you lose a game I always look in the mirror and what I could have done more to help the win or change the game. I don't get involved in, 'We were better than them.' We won that night. They have a really talented team. They really do. Move on. I don't get concerned about people talking after a game."

No, YOU'VE got to look in the mirror.

I'm sorry, man, I don't know why I did that. I'm still just a little upset, you know? But seriously, if you could just do me a solid and wrap up this bad boy with a 4-2 record, I'd really owe you one, bro. 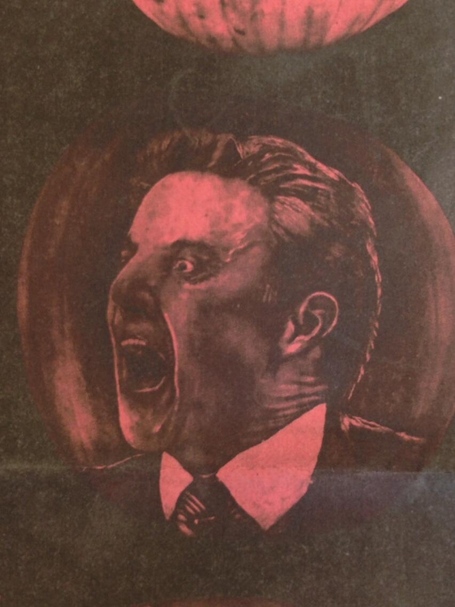 Lorenzo Mauldin shares his thoughts on the Clint Hurtt situation (more on that later). 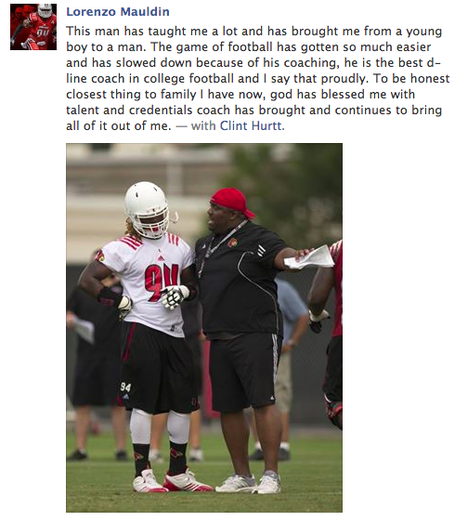 Tim Sullivan says that those who expect Chane Behanan back before the Kentucky game on Dec. 28 are probably being overly optimistic.

• Central Florida 38, No. 8 Louisville 35. It was a big night for two guys once destined to spend their careers as Miami Hurricanes: Teddy Bridgewater completed 29 of 38 pass attempts for 341 yards and two scores for the Cardinals, while Storm Johnson rushed 18 times for 109 yards and a touchdown for the Knights. Another shuffling payoff: The receiver catching the game-winning touchdown from Blake Bortles was none other than former Knights starting QB Jeff Godfrey. The Knights trailed 28-7 halfway through the third quarter, then proceeded to outscore the Cardinals 31-7 the rest of the way. It's a stomach-icing plummet for a team that at the season's outset was traveling a wide, well-lit path to an undefeated year and automatic BCS bid and is now trying not to think about the ways in which it could end up in the Belk Bowl. Fresno State and NIU are well aware of the bolstering this does for their BCS-busting aspirations, and if we may, here's a helpful thank-you suggestion: Festoon a tasteful fruit basket with pepperoncini and tiny tubs of garlic butter, and see that it's delivered to Louisville's athletic department by Houston Nutt, who is definitely not trying to sneak into your football building and take over the program from the inside.

Even though it may have been the talk of the town for the past couple of months, Charlie Strong says Louisville never had the schedule to play for the national title.

The CCBM spends some QT with U of L grad Olivia Henken, who is currently a contestant on "The Voice." 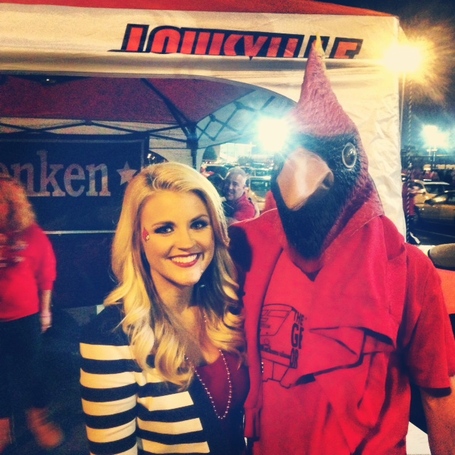 USA Today names Central Florida its team of the week because they're the f---ing worst.

Louisville is among those who have reached out to Marquette transfer Jameel McKay.

Via Jonathan Blue, here's the special "100 years of basketball" patch that will be incorporated into U of L hoops gear this season: 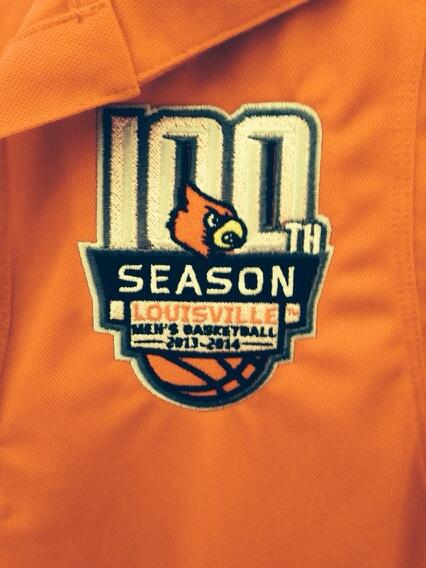 The seventh-ranked Louisville men's soccer team still hasn't tasted defeat since Sept. 13 after playing Connecticut to a 2-2 draw over the weekend. Your highlights are here.

Insider Louisville's Mark Coomes says U of L's bad weekend was the best UK has had in some time.

Those roles might reverse in the months to come, but at the end of Friday night, Team Red felt awfully blue - and Big Blue was tickled pink.

So goes the see-saw of schadenfreude around here.

Last spring the Cardinals were riding high, championship nets in one hand and the Cats' wounded pride in the other. Never has high holy basketball season produced such a bipolar ending. U of L conquered the NCAAs; UK couldn't even win a game in the NIT.

One side lived its fondest dream, the other its worst nightmare.

You knew it wouldn't last. It never does.

"Auld Lang Syne" sounded for the Year of Cardinal last week. On Thursday, junior forward Chane Behanan, who muscled his way onto the All-Final Four team last spring, was indefinitely suspended. The Cards are still major title contenders, but make no mistake: Despite Behanan's inconsistent and improvident ways, they are better with him than without him.

The next night, U of L's football team squandered a three-touchdown lead and lost to Central Florida 38-35. The Knights roundly tabled Louisville's feeble hopes for a shot at the national championship and delivered the coup de grace to quarterback Teddy Bridgewater's Heisman Trophy bid.

A giant section of the Final Four court from last April is officially on display inside the KFC Yum Center.

There are only five FBS teams in college football averaging fewer plays per minute than Louisville.

Through four preseason games, Peyton Siva is averaging a team-best 5.7 assists per game for the Detroit Pistons.

Your weekly U of L sports review.

Samardo Samuels was recently named the Player of the Week in Italy's top-level pro league.

Louisville already has pledges from center Chinanu Onuaku and power forward Jaylen Johnson, and they are in the final two for 6-10 forward Trey Lyles, who is also considering Kentucky.

"Louisville stopped calling and recruiting," David said. "They stopped talking to us. We never took them of the list. We just would have loved the opportunity to hear what Coach [Rick] Pitino has planned for Myles but I guess that won't happen."