Barrett Brown supporting both the Cards and the Redlegs on this wild card playoff evening.

A little more from preseason Rick Pitino: Luke Hancock has a lingering pain in his ankle and will be brought along slowly, and Kevin Ware is "one x-ray away" from being good-to-go.

Again, you can hear Pitino's full segment on The Early Birds right here.

Pat Forde asked fans on Twitter about the most infamous college football hires of the 21st century, and a familiar name checked in at No. 2.

Steve Kragthorpe (2) at Louisville. When: 2007-09. Why: Another disastrous fit. Was it an obvious mistake beforehand? No. He is the only significantly flawed hire in athletic director Tom Jurich's 16 years at Louisville. The Cardinals had been to nine straight bowls, including the Orange Bowl, before hiring Kragthorpe from Tulsa. They went to zero in his three seasons on the job. Since firing him: three straight bowls, including the Sugar Bowl last season.

Your first AP story on Louisville/Temple is out. 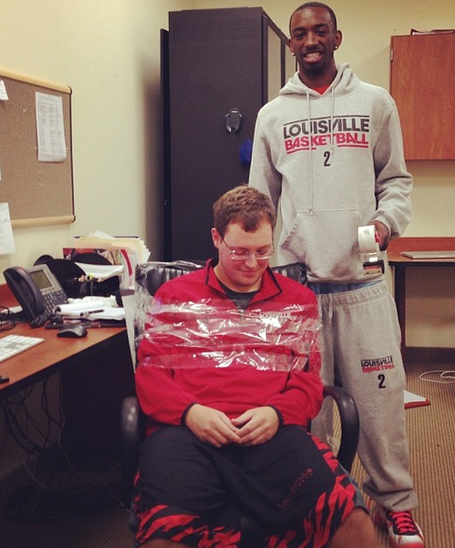 Some football nerds say Louisville has the fifth-best defense in the country.

The Sporting News' college football experts talk about where Teddy Bridgewater ranks nationally among quarterbacks, and one says U of L is the most overrated undefeated team in the country.

Louisville is CBS' preseason pick to win the AAC basketball crown, and the Cardinals are also picked to dominate the league's individual awards.

Our Preseason AAC Player of the Year

Russ Smith, Louisville
Not only did Russ Smith lead the Cardinals in scoring last season, his 18.7 points per game were 8.7 more than the next best scorer on that championship-winning team. Does Smith get a little too wild at times? Sure. But he's still an experienced, high-level scorer who can also cause problems on the defensive end, and he's a no-brainer pick for the American Athletic Conference Preseason Player of the Year.

Our Preseason AAC Newcomer of the Year

Chris Jones is the reigning National Junior College Player of the Year and a dynamic playmaker who could be really, really good. Rick Pitino loves him. NBA scouts are intrigued by him. He's a hard-nosed point guard from Memphis who chose Louisville over Memphis (as well as Kansas, Florida State, Baylor, etc.), and he might just be the key to the Cardinals' quest to become the first team to win back-to-back titles since Florida did it in 2006 and 2007.

Our Preseason AAC Coach of the Year

A Coach of the Year award typically goes to the coach who either A) wins the league, or B) overachieves by a significant margin. Obviously, at this point, it's difficult to project which coach will overachieve relative to preseason expectations. So why not just go with the coach who figures to win the first American Athletic Conference? I mean, Pitino is already in the Hall of Fame. So this doesn't seem like a reach.

Brandon Dunn says he believes his team could compete with the best of the SEC, and that they proved that last year in the Sugar Bowl.

Again, the student section problems in college football are by no means limited to Louisville.

Oregon student section, fourth quarter. http://t.co/58MkBdfeEr This guy should never have to pay for another ticket. 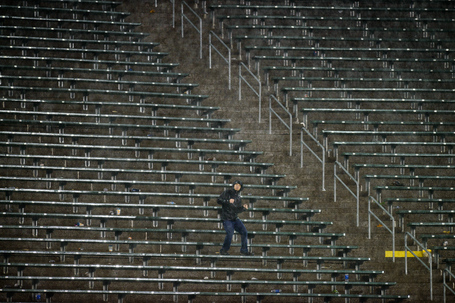 Noted friggin' stud and current Toronto Argonaut Trent Guy was named the CFL's Special Teams Player of the Week after totaling 181 return yards in one game.

Things are sounding pretty good for Louisville with regards to Chinanu Onuaku, who will announce his college decision on Friday.

Wilson reiterated his prior belief that Louisville stands as the front-runner among Onuaku's choices, citing the school's strong academics, prestigious coach in Rick Pitino and the Cardinals' recent success as 2013 national champions.

"From our conversations, it seems he feels like he'll have an opportunity to play at Louisville, get a good education and be on a winning team," Wilson said. "He seemed to enjoy being around the coaches and players down there for his visit."

After averaging 8.2 points and more than 10 rebounds to help lead the Crusaders to the Capital Beltway League title last season, Onuaku's stock skyrocketed during a productive summer with the now-dissolved D.C. Assault AAU program.

Ranked No. 74 in the ESPN senior class rankings, the 6-foot-10 Onauku is a strong rebounder on the offensive and defensive glass who can start the break with outlet passes and protect the paint with his shot-blocking ability. Though his offensive game isn't as polished, he has shown glimpses of his range and offensive moves during the past year.

You should be rooting for Virginia Tech's Antone Exum because he's awesome.

@CardChronicle just saw a proof of our MBB posters. I'll just say that it looks like the Pitbull thing isn't going away anytime soon.

Week four of Louisville baseball's fall season will conclude with open scrimmages at 3 p.m. on Thursday and Friday.

While the word of Texas AD DeLoss Dodds stepping down made plenty of U of L fans uneasy yesterday, Rick Bozich says the good news is that West Virginia's Oliver Luck seems to be a better fit.

Congratulations to Edgar Sosa, who signed a professional contract to play in Germany earlier this week.

This is the "rookie bag" that Gorgui Dieng is currently being forced to carry around: 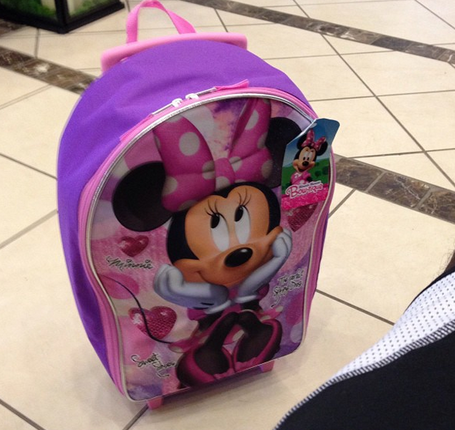 DON'T YOU BULLY OUR BABY.

USA Today puts Teddy Bridgewater at No. 7 in their latest Heisman rankings.

I see we're taking this shit into October eh, USA Today. You really wanna go this route? You really wanna keep doing this and see what's going to happen? You ever heard of "Timmy's Super Louisville Weather Blog?" Exactly. You don't want to know what Timmy's looking like these days. Step the f--k down.

ESPN's Gene Wojciechowski says that not only would Louisville not be in the BCS' four-team playoff right now, they wouldn't even be on the bubble.

Sports Illustrated puts U of L at No. 10 in its weekly power rankings, and says Temple might be worse than FIU (which is not true). They also say Kentucky, and not Ohio, is the Cards' best win, which I'm also not sure is true.

Your weekly U of L fall sports review:

Today is Lorenzo Mauldin's 21st birthday, which should clear up any confusion over the cause of any and all shutdowns in America.

West Virginia fans celebrated last weekend's upset win over Oklahoma State as you might have expected.

Samardo Samuels is currently living it up in Milan.

Congrats to the U of L field hockey team on a big win over Ohio State this afternoon.

Mike DeCourcy says Chris Jones is one of the seven players in college basketball who have the most to prove this season.

And finally, a belated congrats to the U of L ice hockey team which knocked off Kentucky for the first time in program history over the weekend by a score of 4-2. The Cards are back in action with a home and home against Cincinnati this week.