Cameron Ruehlmann expressing the appropriate level of giddiness over the end of Louisville's three-game losing streak. I tried to work up a good "going Cam" reference here, but nothing was hitting. Sorry, my man. Don't hate me forever.

A big congrats to Les Baxter on drilling last night's score on the head and winning the Sugar Bowl poster contest. Also, a tip of the cap to PL4N3T M3NT4L, who was robbed of the victory by Tray Woodall's meaningless three at the buzzer.

For those who have been asking, here's the video of new U of L commit Keith Kelsey making himself public enemy No. 1 (or at least top 100) in Lexington.

The folks at U of L are saying that any white out uniform you've seen flying around the Internet today is not legit. On Thursday, they'll be releasing an image of the actual uniforms the Cards will be wearing against Marquette.

Was so happy to just be in the same building with this man last night.

The Louisville baseball team told me they have as much swag as I do. Combined, with recruits, they still fall short of The Bilastrator.

No football team in the Big East will have more returning starters than Louisville next season.

Received my first "have heard that (U of L basketball player A) and (U of L basketball player B) got into a fight over a girl" message today. It still won't really feel like winter in Louisville until the Player A knocked up Player B's girlfriend tweets and emails start flying. You think I'm joking, but it's going to happen. It has - with either Louisville or Kentucky - every year I can remember since 1997.

The Louisville women's team hits the road to take on USF inside the Sun Dome on Wednesday night.

In easily the biggest news of the day, the part of the daughter ("Riley") in the new "Girl Meets World" series has been given to Rowan Blanchard. Only Rowan knows how the Harry Potter kids felt 10 years ago.

Couldn't be more nervous about all of this.

A hilarious breakdown of Northern Illinois' historically bad performance over the weekend from Jon bois.

What the heck happened to Louisville?

SULLA-HEFFINGER: Exactly what should have happened. Louisville's three-game losing streak isn't all that surprising when you take a closer look. The only loss during that stretch that can be looked at as bad is the Villanova one, and even that looks a little better considering the Wildcats upset Syracuse this past weekend. Pitino's Cardinals lost a tough game to a very good Syracuse team, lost a road conference game against Villanova and then dropped another road Big East game to a Georgetown team that pushed Indiana to overtime earlier this year. Is it possible the college basketball world was too high on Louisville before the current skid? I certainly think so. The only really quality wins the Cardinals have this season are against Missouri on Nov. 23, Kentucky (which isn't as good as you may think) on Dec. 29 and a road win against UConn two weeks ago. Louisville's very good, but not immune to what its going through right now.

BRAZILLER: Louisville's slide is more of a referendum on the general state of college basketball. There are no great teams, just good ones. Everyone is capable of losing a few games, especially in the top conferences. Two of the three defeats, it should be noted, were on the road, and the one home loss was to No. 6 Syracuse. Louisville, like Duke, Indiana, Syracuse, Michigan and Kansas, has weaknesses. Kansas is cruising, but that's because the Big 12 is soft. Let's see the Jayhawks in the Big East -- they would have as many losses at the Cardinals, if not more.

Things don't look good on the Jason Hatcher front, as the Trinity standout canceled his visit to U of L before last weekend and now says he does not plan to visit with the Cardinal staff before Signing Day. It's looking like he may wind up going from USC to Kentucky, which is sort of like when Tom Selleck got traded from the Yankees to Japan in Mr. Baseball.

Related note: I can almost guarantee that I've seen Mr. Baseball more times than everyone reading this post has combined, and I could write at least 2,000 words using the film to help explain my stance on any social issue or situation.

If you don't have any big plans for the evening, here's something that would probably be worth your while. 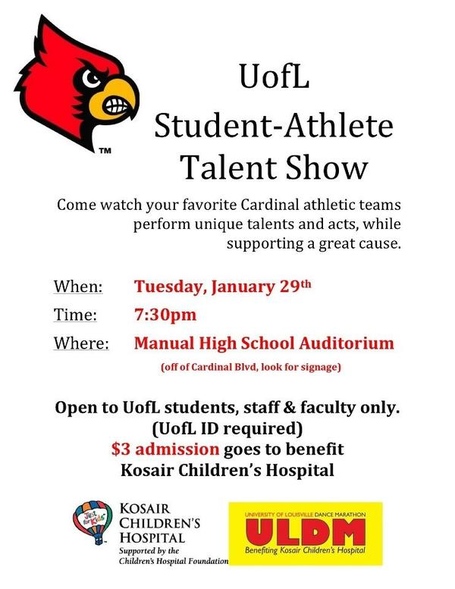 The U of L swimming and diving team recently rolled Kentucky and has now swept the weekly Big East awards.

Joe Lunardi drops Louisville from a three seed to a two in his latest Bracketology.

And finally, we leave you this evening with a quote from Dark Slime himself:

"I hope someone points out to coach we made three straight stops when I was in. I'd like more minutes."