The Louisville Cardinals Are The No. 1 Team In The Country

Share All sharing options for: The Louisville Cardinals Are The No. 1 Team In The Country

When Louisville takes the court against Connecticut tonight in Hartford, they will doing so as the No. 1 team in the country in a regular season game for the first time in program history.

This is just the second time Louisville has been voted No. 1 in a non-end of the season poll. The only other time the Cards achieved the status was the final poll before the 2009 NCAA Tournament, in which U of L vaulted to the top spot following its Big East tournament title and a loss by North Carolina in the ACC tourney quarterfinals. 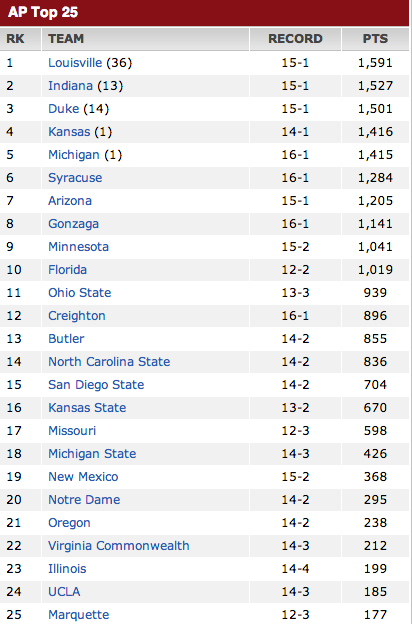 And the coaches' poll: