The return of news and notes on a Friday morning? Isabella Mercke's all jacked up about it.

Rick Pitino thinks that winning on the road in the Big East ain't a thang.

The Louisville coach said Thursday the road circuit is actually easier compared to other leagues, and he gave two reasons why.

"The refereeing is very strong," Pitino said during the first of eight weekly media teleconferences with Big East coaches. "You have veteran officials and the crowd does not get to them. And they're not intimidated by coaches."

And the second reason?

"You also play in very large venues. They're not all band boxes," Pitino said. "We play in a lot of pro arenas and (fans) are not as close to the court where the crowd has an influence on the game."

I'm about 99% sure there are multiple "winning on the road in the Big East is damn near impossible" quotes by Pitino floating around the Internet, but whatevs. Rick's gonna Rick.

The Big East gets an A for its performance during bowl season (video). 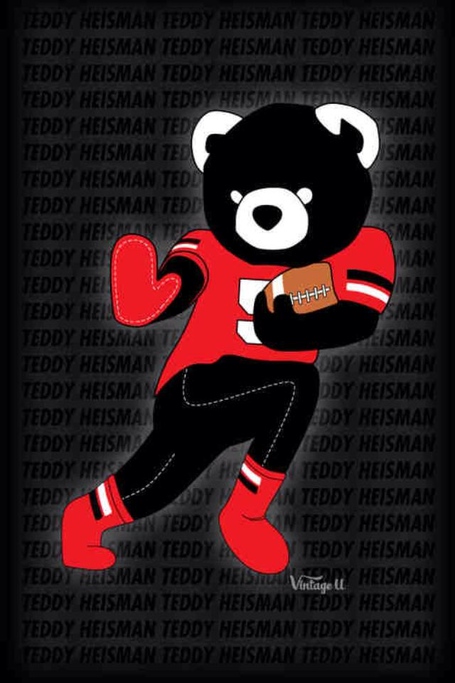 As expected, Peyton Siva is one of 20 finalists for the Bob Cousy Award.

Again, Russ Smith is a CBS Midseason All-American. I swear.

G: Russ Smith, Louisville. It's wild that Smith has earned a spot among the top players in the country. He has transformed from a mid-major recruit to a dynamic scorer who is averaging 19.4 points and guarding well on the perimeter for the third-ranked Cardinals.

ESPN polled 60 player of the year voters, and at the midway point of the season, Russ currently sits in fifth place. 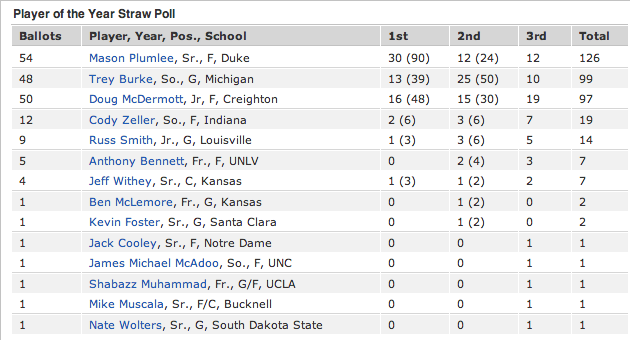 This is a good time to mention that I've been invited to be a voter for the Naismith player and coach of the year awards this season. Didn't think I'd ever be in a situation where my objectivity would be challenged...but it's happening.

This is an insider story, but all five of ESPN's college basketball experts picked Louisville to win the national championship today. That's crazy.

Former U of L football coach Ron Cooper has been hired as an assistant under Willie Taggart at South Florida. See you in Tampa, Coop.

But from the shadows emerges a great light.

Cardinal fans take note - Siva lost debut and Russdiculous is 0 for 3, but Gorgui posted a bullet work today in Florida.

If Horse Gorgui (Horgui? Nevermind) comes out of nowhere to become a Derby champion...well, I'm not sure what I'm going to do, but rest assured there will be high-fiving and alcohol and eventually multiple people crying involved.

On the same night that he was featured as the CC game thread talisman, Earl Clark went off for a career-high 22 points and 12 rebounds against the Spurs.

I don't really think the Pac-12 be on TV too much.

Former UK Men's Basketball player Jules Camara has been arrested on charges of theft and possession of drug paraphernalia. Remember that Jules was almost deported after being arrested for DUI a couple of years ago. Here's hoping he gets help.

Dana O'Neil has the Cards atop her latest Big East power rankings.

1. Louisville: The Cards can win when Russ Smith is ordinary and Chane Behanan is on the bench. Why? Defense. That's what helped lift Louisville past Seton Hall. The Cardinals are home against South Florida and at UConn this week. The second could be a little dicey, especially if Behanan is still out.

I woke up to that "Ladies and the Drinks" song this morning, and it put me in kind of a sad mood. Trey Songz really undervalues the power of good times and good laughs with close friends.

Very cool Teddy design from this guy on Twitter. 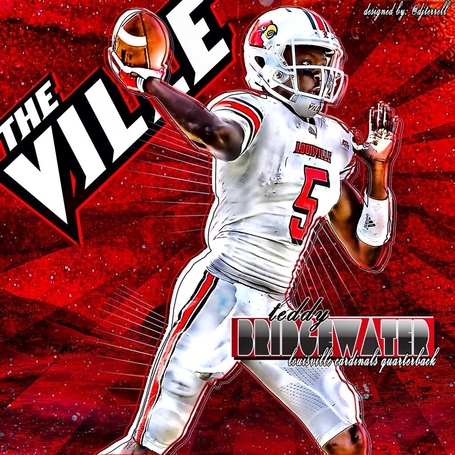 Four-star cornerback Lamar Robbins out of Miami has announced that he plans to take a visit to Louisville next weekend. Robbins is a big (6'3, 190-pounds) corner, who also has offers from Oklahoma, Auburn, Texas A&M and Arkansas, among others.

Cardinal commit Keith Towbridge says he will be taking his official visit to U of L next weekend as well.

Thursday was the night Creighton's Rob Anderson became my favorite SID in the country.

Congrats to Kentucky on its second win over a team in the top-215 of the RPI this season!

His current mentions are predictably psychotic.

They should use that Lumineers song in movie trailers.

This is what happens when a group of U of L students head to the Phillipines to do some humanitarian work. 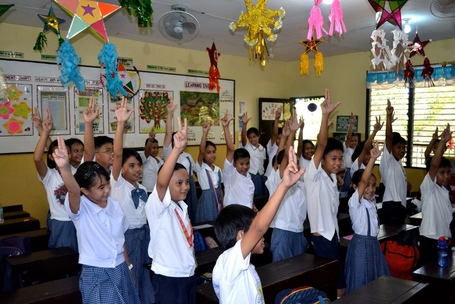 If you're looking for a complete recap of the Thursday night that was in college basketball, I gotcha.

I'm simply going to write out the title here and link the piece: Reign of Terror and Racism at University of Kentucky Medical School.

Louisville signee Chris Jones scored a game-high 18 points to lead his JuCo squad to an upset of No. 1 Chipola on Wednesday night. Chipola had previously been undefeated.

Every time I get sad I think about this picture. 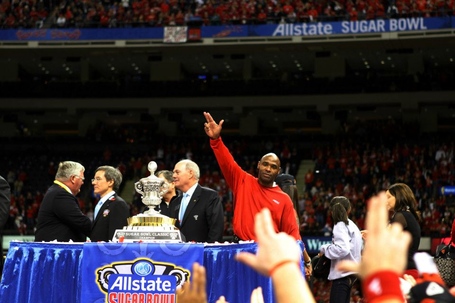 I also think about it when I'm happy. Or bored. Or hungry for like a late night type of snack, but not a between lunch and dinner snack.

A quick reminder that the football team will be hosting an autograph session at Papa John's Cardinal Stadium tomorrow from noon to 2 p.m.

And finally, with Arizona going down to Oregon last night, there's a very real chance that Louisville could wind up as the No. 1 team in the country on Monday. Duke will travel to No. 20 NC State without injured senior forward Ryan Kelly on Saturday, and Michigan will be hosting Ohio State on Sunday. If both fall, it's hard to envision a scenario in which U of L doesn't jump both, especially with Kelly being out for an indefinite period of time.

The only time the Cards have ever been ranked No. 1 in a regular season AP poll was the final poll before the NCAA Tournament in 2009.