Where we sample a few of our favorite Sugar Things

First, a salute to gocardsguy for his objective and informative Sugar Bowl preview pieces. I don't know how many hours of game film he watched to prep for those posts, but I'm guessing it's at least twice the number you're thinking.

This Sugar Bowl preview is not objective. Nor exhaustive. Nor is it a preview. It's a list of our favorite Sugar Things, and by our, I mostly mean me but partly my ladyfriend, a qualified expert on all things sugar, who helped me whittle down the list. And after 18 months of living in the Upper Midwest, AKA The Simple Carbohydrate Belt, I feel adequately qualified to write about sugar superlatives, references to sugar and things that sound like sugar.

Please let us know if we left out any of your favorite Sugar Things and we'll be sure to passive aggressively call you out for being a jerk. Alright, let's get to the list.

10. The first time you tried a sugar cube as a kid

We were in middle school, in a baptist church dining room, at one of those Wednesday night pre-service dinners. A member of the kitchen staff neatly stacked sugar cubes into pyramids on those faux lace doilies made of thick white paper, right next to the carafes of tea and coffee. We were known to be hyperactive in middle school and weren't allowed to consume much sugar back then. Kool-Aid with Sweet'N Low was the worst, amirite? Yup, the worst.

Anyways, our eyes lit up at the sight of these pyramids of sugar and we can remember stuffing no less than five cubes in our mouth at once. About twenty seconds of delight were followed by an hour-long stomach ache and a lifetime of physically reacting, literally recoiling and scrunching our face muscles, every time we see sugar cubes from then on. Blech. But those blissful twenty seconds were pretty amazing for middle school us and this memory has withstood several concussions over the years, so it deserves inclusion here.

Not really a boxing fan, but it seems appropriate to include a sports thing on the list as this is being posted on a blog about sports. Our sugar expert couldn't confirm this, but Leonard is probably the most famous person nicknamed "Sugar." Once co-hosted a boxing reality show called The Contender that held my interest for about 10 episodes. It wasn't awful, I guess. Also, very good at boxing before we were old enough to appreciate what boxing was.

8. Older ladies at family events asking you to give them "some sugar"

We're assuming this is a southern thing, so most of you reading this will know what we're talking about. If not, it's a term for giving someone a kiss. Usually on the cheek, unless Great Grandma Alice had an extra cup of bourbon slush. Shout out to all the great grandmas who read Card Chronicle. You're the best.

What? You're one of those foodie freaks, aren't you? Go Sriracha yourself, bro. We realize some of you will mock us for putting sugar in spaghetti sauce, but this is another Favorite Sugar Thing that stems from our childhood, so you're really mocking our parents, not us. And we're talking about those giant tin-coated steel cans of Hunt's brand spaghetti sauce that Kroger probably still sells for less than a dollar to this day. Whatever, man. Russ Smith would love our childhood sugar red sauce. It wakes the food up.

For all the 'Cloids who fancy themselves classic rock fans. Just don't look up the actual lyrics to Brown Sugar. We won't go any further here, but there's probably a reason Mick Jagger slurs most of the words. 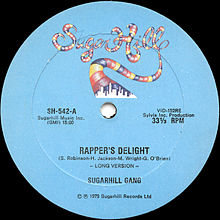 Rapper's Delight might have jumped the shark pop culturally, but it's still a classic and one of the first songs whose lyrics we memorized from beginning to end. Probably while banished to our room because we were grounded for skipping church. Dad didn't buy the "ate too many sugar cubes" excuse.

This sits at #4 because we are shameless Coke Zero addicts. Like, one can a day at least. Yes, we know it contains no sugar but that's why we used our narrative license to phrase it as "Sugar-Free" and you know what, this is our list not yours, so shut up. And Pepsi drinkers, especially Diet Pepsi drinkers--you're insane. Why would you drink Pepsi over Coke? Pepsi is the worst. Everyone knows this. Stop being weird, Pepsi drinkers.

3. Anton Chigurh's character in No Country For Old Men

Yes, we put another thing on this list that technically has no connection to sugar. But the name sounds like sugar. And even in the novel, one of the other characters confuses Chigurh for "Sugar" and no, we will not tolerate criticism for its inclusion here. No Country is one of our favorite things and Chigurh's character is harrowing in the best possible way. Your argument is a waste of time, comment section. 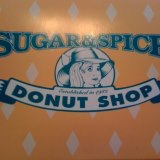 Chain doughnut shops do solid work, but we grew up on Sugar & Spice. In fact, it was within bike-riding distance from our house. Few things topped showing up at a school function/friend's house/sunday school/whatever and spotting the iconic Sugar & Spice box. One of those few things was opening the box to find a chocolate-covered long john--our most favorite donut as a kid--still available, but that was a rare occurrence. We typically arrived late to everything back then and ended up with zero donuts or leftover donuts torn in half. It's okay, because cinnamon twists were favorite, too.

1. Louisville in the Sugar Bowl

I don't know what this proved or accomplished but, uh, beat Florida?