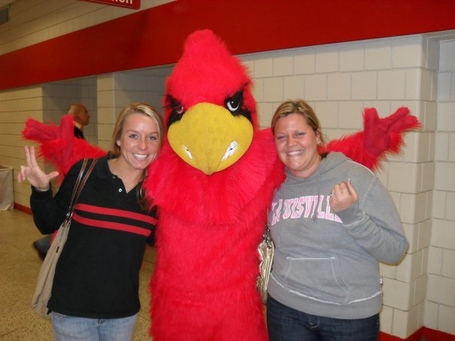 Shoutout to Ansley (pictured) and Brad, who will be tying the knot tomorrow during the Missouri State game. I'm told they need my approval to go through with the wedding, which they have...so long as my name is worked into the ceremony at some point. I can't imagine this will be a problem.

Weather check: early morning (7-9 a.m.) showers and then 72 and mostly sunny by kickoff. Should be a perfect late morning/early afternoon.

You have no idea how badly I want to wear my poncho to this game.

Potentially large news from the world of college basketball, where the NCAA is reportedly discussing the possibility of moving the Final Four back to arenas after 2016.

Tampa-St. Petersburg hosted the event in 1999, but hasn't been considered since. San Antonio hosted in 1998, 2004 and '08, but Lewis said he was told the Alamodome is now too small.

The last time the Final Four was held in an arena was 1996 at the Meadowlands in New Jersey.

"The timing is that we're several years out, but historically, we've put out bids for Final Four cities sometime in the fall," Lewis said. "Before I pull off the dust on the RFP papers and just change the dates I want to know: Does the committee want to do this? I'm the new guy. I don't know where this will lead if anywhere but the right thing is to have the conversation to see if we want it (in) more than eight cities. Do we like playing exclusively in dome stadiums when it comes to something as significant as the national championship."

A Final Four in one of the nation's best arenas? Hmm.

CBS is sticking with its Sugar Bowl pick of Louisville vs. Alabama.

I would attend that football game.

If you can't make it out to tonight's women's soccer showdown between undefeated Louisville and Kentucky, you can still watch the game (at 7:30 p.m.) on WHAS 11.2, Insight 432, Comcast 207.

Let's keep the dream of a season sweep of UK alive, ladies.

On a related note, big fan of this: 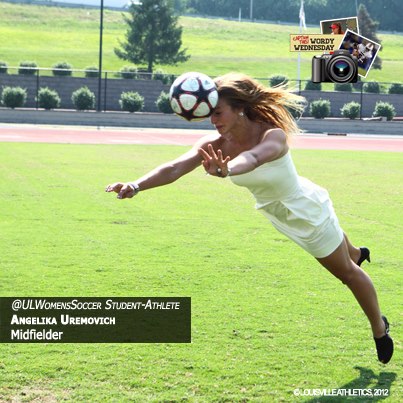 Analyst Doug James says toughness is the main reason Louisville has been able to pull itself up by its bootstraps under Charlie Strong.

When Charlie Strong started reassembling the pieces from Kragthorpe in December 2009, James was not obsessed with the offensive or defensive schemes that Strong favored. This is what James wanted to see:

"Coach Strong and his staff have brought toughness back to Louisville football," James said. "That was missing for a few years. Howard's teams had that toughness. So did Bobby Petrino's and John L's.

"You watch Louisville play and you see guys flying around, making hits and performing like they're focused. They're not getting pushed around. They control the line of scrimmage."

The U of L football twitter account tweeted around noon that there were just 400 available tickets remaining for tomorrow's game. If I had to guess, I'd say those have been snatched up by now and that this game will wind up being a sellout. That would be a nice little statement.

Congratulations to Cardinal great DeJuan Wheat, who had his jersey retired by the Soles club in Mexico this week. 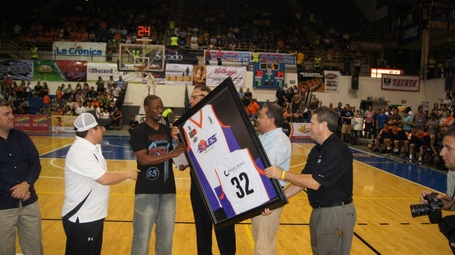 DeJuan was referred to as "the prodigal son" in the club's press release.

The Associated Press says this weekend is about avoiding the pattern of letdowns after big wins for Louisville.

"It is a team that has a spread offense," Strong said, "so, they do a good job of throwing the ball around."

Though Louisville sacked Smith twice, recovered two fumbles and held Kentucky to 93 rushing yards, Coach Charlie Strong wants more aggression from a defense used to creating opportunities for the offense. Since that unit is showing signs of holding up its end, he said the defense must step up as well.

For this week, the Cardinals' overall plan is keeping up what they started on Sunday.

"You like to think that we're more mature now that we've played a lot of games," Strong said. "You can always go back to last season, and we beat Kentucky and we followed it up and got beat. We cannot allow that to happen and we're at home. ... (You'd) like to think that you don't have to go through it again."

If Louisville wins on Saturday it will be just the second time the Cards have won consecutive home games under Charlie Strong.

Just wanted to give a quick shoutout to the Cards Nest group for your continued support. It's much appreciated.

Despite a dominating win over an arch-rival in week one, Charlie Strong sees plenty of room for improvement heading into week two.

The Cardinals (1-0) kicked off the season Sunday with a 32-14 victory over Kentucky behind 466 total yards of offense and a defense that had two sacks, recovered two fumbles and held the Wildcats to 93 yards on the ground.

However, the Cardinals surrendered a total of 373 yards while possessing the ball for fewer than 24 minutes, a statistic that's a little troubling to Strong.

"We just could've played better," he said. "I just expect more, maybe because I'm a defensive coach and I'm around the defense a lot."

While some are high school football games have moved up their kickoff times tonight in an attempt to miss the inclement weather heading our way, Male's home game against U of L commit Kyle Bolin and Lexington Catholic will still be kicking off at 7:30.

Major 2013-14 Louisville basketball scheduling news is already out, as the Cards and North Carolina will likely meet in the 2013 Hall of Fame Classic.

The Hall of Fame announced Thursday that Louisville and North Carolina will headline the 2013 event at the Mohegan Sun. But the only way these two teams meet is if they either both win or lose their semifinal games. The other two teams in the event are scheduled to be Richmond and Fairfield.

If you're a fan of Reddit, there are some Cardinal fans over there trying to get the U of L section jump-started so head over there and show them some love.

A historical look at U of L vs. Missouri State from In the Huddle.