Louisville The Preseason No. 1 In Lindy's College Hoops Preview

Share All sharing options for: Louisville The Preseason No. 1 In Lindy's College Hoops Preview

The college basketball preview magazines won't start hitting the shelves until next month, but we already know that you won't have to flip far to find Louisville mentioned in one of them.

Lindy's feels so confident about Rick Pitino's 2012-13 squad, that they have decided to peg them as the favorites to win the national title.

Not so sure about the rest of the list, but it starts off tremendously. 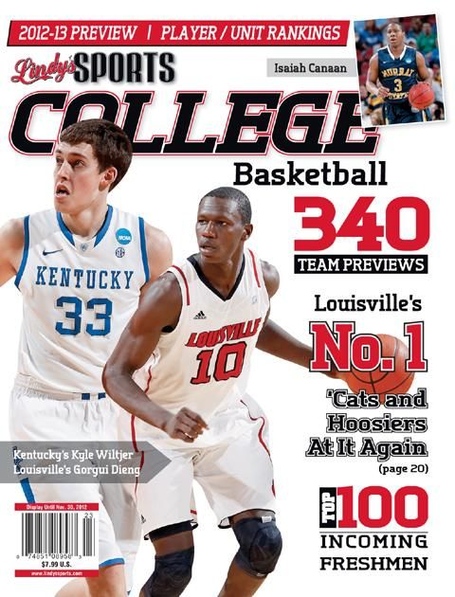 This marks the second preseason top five ranking for the Cards, who will sit at No. 2 - behind Indiana - in Athlon's preview magazine.

Louisville hasn't earned a preseason No. 1 ranking from a major preview magazine since before the 2004-05 season, when Athlon made the surprising move to slot the Cards in the top spot. That season ended with a trip to the Final Four.