Behold, the soundtrack of your winter: 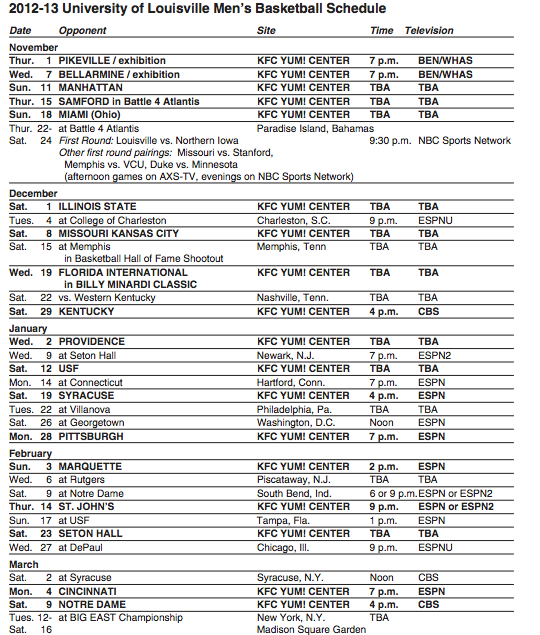 --DePaul Day 2013 will take place on Feb. 27. Not the biggest fan of Wednesday holidays, but we'll make this thing work.

--Love ending the season with back-to-back Saturday games on CBS. I always feel like the late regular season games on CBS are a great primer for the tournament.

--FIU in The Bill feels right.

--Manhattan will be a decent test in the opener. Steve Masiello has made some tremendous strides in a remarkably short period of time up there.

--I am excited about all of this.