Sophomore running back Corvin Lamb is back to 100% and will be suited up and ready to go this Saturday when Louisville faces Missouri State.

The speedy Lamb was right in the middle of a four-way battle for the starting running back position this summer until a wrist injury forced him to miss practice time. He did not play against Kentucky.

Less certain is the availability of junior back Dominique Brown, who sat out the season-opener because of a knee injury.

The Cardinal duo of of Senorise Perry and Jeremy Wright rushed for a combined 213 yards against Kentucky and scored all four of Louisville's touchdowns. They became the first pair of U of L backs to rush for 100 yards in the same game since Bilal Powell and Victor Anderson achieved the feat in 2010. 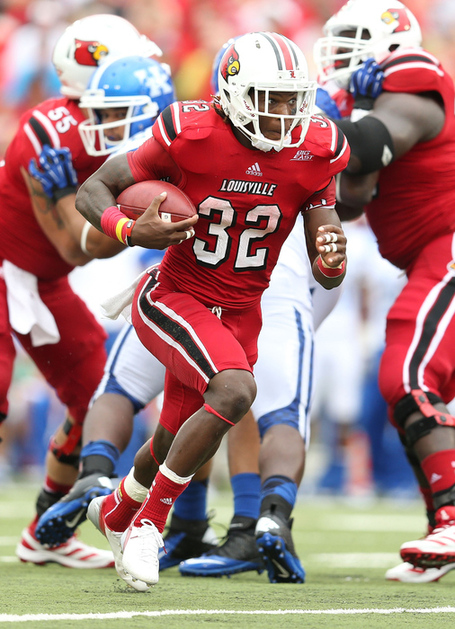 My guess is we see Lamb get some touches for the first time on Saturday, but that Dom won't be back until the North Carolina game at the earliest.