Terrible news from Louisville Coach Rick Pitino as Mike Marra tore his ACL in his first practice back after sitting out most of last season from a knee injury. 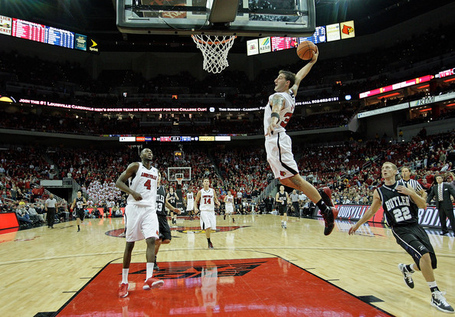 Terrible news tonight from Coach Rick Pitino: Mike Marra tore his ACL in his first practice back after a knee injury kept him sidelined for most of the 2011-12 season. Really awful luck for Marra, feel awful.

Before we look back to the past, there were two sorta-forward looking tweets that soften the blow a little bit. First:

@ericcrawford Tell him to not give up because I had 2 ACL surgeries on both knees and played 11 years in NBA. I know the mental pain too!!

Pitino, told @terrymeiners that Marra told trainer Fred Hina, "You know, Fred, it wasn't meant to be. So I'll get a head start on coaching."

That attitude is amazing and honestly if I were in his position I don't know if I'd be able to get there so quickly. Either way, best of like to Mike Marra as he rehabs and starts the next phase of his career in basketball or whatever he wants to do.

Now, let's look back at some of Marra's career highlights, starting with the game that started it all:

And of course, the opening game at the Yum!:

And finally one of the best images of all-time: 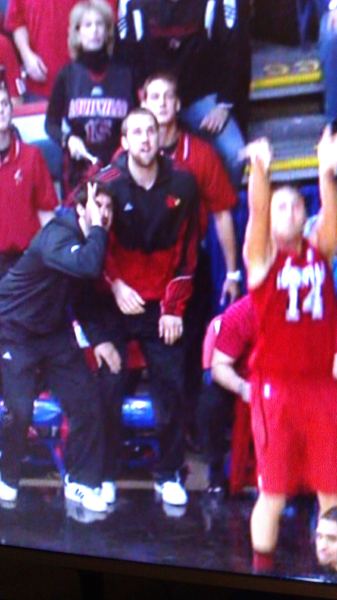 Thank you Mike Marra for all of your hard work and for everything you've given to UofL basketball. We'll be cheering for you in whatever comes next.