Defense has been the surprise issue in the first third of the season for Louisville, but Preston Brown and company vow they're not going to let that trend continue.

After four games, the Cardinals are only giving up 339.5 yards of offense and yielding 19.0 points per game and have limited two of their four opponents to 14 points or less. The issue, though, has come with the tendency to give up the big play.

"Mistakes have been the bad thing about our defense so far, giving up little mistakes that lead to big plays and touchdowns," linebacker Preston Brown said. "We have to cut down on our mistakes, and hopefully it should work."

The Cardinals are only giving up 91.8 yards on the ground, but did allow their first 100-yard rusher in the last 11 games to FIU. On the flip side, FIU was the only team to garner 100 yards on the ground against Louisville's defense this year, so the Cardinals certainly aren't being dominated in the trenches.

"It's the little stuff," said Brown. "It's not like we're overmatched, we're just having mental mistakes that lead to the big plays."

In news that wasn't especially surprising in the wake of the Akoy Agau commitment, class of 2013 big man Marcus Lee cut Louisville on Wednesday. Lee will now be choosing between Kentucky and California.

Consider that as the backdrop for my conversation with Hurtt after tonight's practice. I asked him to grade the defensive lines performance through four games.

"It definitely wouldn't be passing I can tell you that," he said, but back tracked a bit after he thought about some more.

"Versus the run game C, pass rushing D," he said. "Keeping everything in perspective right now, obviously we've set high expectations for ourselves. We've played great defense the previous two years. Basically everyone coming back with the exception of two guys you would expect us to come out rolling. That hasn't been the case."

Brown also takes some time to talk about Louisville's struggles on kickoff coverage.

You've seen most of the quotes in it by now, but here's USM beat writer Tim Dogherty's rivalry renewed story from this morning.

West Virginia's student body has released a PSA about the dangers of couch burning.

That's it. There's no follow-up joke to this one. This is an actual thing that actually happened.

Despite being extremely young, Ken Lolla's Cardinal soccer team has some serious momentum after back-to-back wins over Ohio State and Notre Dame.

"We're very encouraged," head coach Ken Lolla told TopDrawerSoccer.com. "We had a number of guys that had played significant roles through the last three years for us and had those guys move on. With this group, that meant there were a lot of spots we had to fill. And I think the first part of the season was discerning not only who, but what spots guys would play and what roles they would play."

On paper, the team's record is modest at 5-3-0. However, with four wins in their last five games, including a 2-1 defeat of previously undefeated Notre Dame on September 23, there are reasons to believe that Lolla's bunch can compete for Big East honors this fall.

There's a Fake Ellis Johnson Twitter account being run by one of the many currently upset Southern Miss fans, and this thinly veiled complaint looks all too familiar.

I don't often give the ball to Lampley, but when I do I make sure it's a speed sweep to the short side of the field. #SMTTT @mr_versatile1

In the aftermath of the Kentucky tailgate fight video going viral, UK has made the move to ban alcohol, bands and DJs from any designated tailgate spots for this Saturday's game against South Carolina. Considering kickoff at Commonwealth isn't until 7 p.m., the ban figures to go over especially poorly.

If you haven't noticed, things are already getting pretty ugly in Hattiesburg. The latest piece of evidence is a message board rumor that Southern Miss seniors have met with the USM athletic director to complain about Ellis Johnson.

Seniors had a meeting with the AD. Complaints that were voiced:

1 Ellis is always negative.
2 Out of the 55 offensive plays ran during the WKU game they ran the same play 23 times.
3 During games when the other teams are working on their game plans they literally just sit there on the sidelines and do nothing. No adjustments, no whiteboard, nothing.
4 They want the strength coach gone.
5 People are skipping workouts.
6 They also stated that it's blatantly obvious that Ellis has no idea what he is doing.

Strong possibility of a 3-9 season.

EJ has no relationship with the team.

The feeling is that EJ is completely incompetent or he has given up. In my opinion, it sounds like he has given up from everything that I have heard.

The General took it like a man. Acted worried and concerned. Didn't say anything firm though.

Ever since the meeting Ellis has been acting weird (like he is under more pressure).

Sounds a lot like a similar situation that recently made national headlines. That one didn't end well.

According to multiple media members, former Indiana commit Trey Lyles (2014) will be taking an unofficial visit to Louisville on Saturday.

WDRB's full story on Eli Rogers that goes with the video posted here earlier is really worthy of your time.

Every part of my body wants this to be true. Especially my lower torso.

Not surprisingly, Rick Pitino is one of the best in college basketball at exploiting the weaknesses of the RPI.

Louisville is the No. 1 fall allergy hotspot in America. My dryer than Bill Paxton nose nods in agreement.

Apparently mutant yellow Cardinals started popping up in Kentucky this past summer. 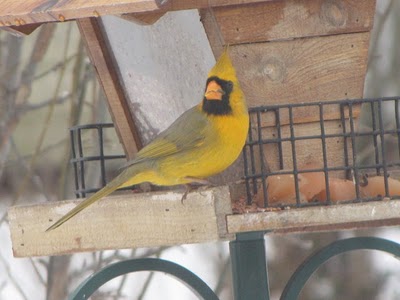 You can't tell me this doesn't have anything to do with the squirrels.

It's still looking like long-haired Ricky Lloyd is going to be the guy behind center for USM on Saturday.

Redshirt freshman Ricky Lloyd continued to take a majority of reps in practice at the quarterback spot, while sophomore Cole Weeks has been taking backup snaps.

Junior Chris Campbell did not practice Wednesday due to a personal matter not related to his injury, while freshman Anthony Alford was limited in his drills. Junior Arsenio Favor, who missed most of spring practice with a new injury worked through normal drills for the first time.

"(Campbell) is still day-to-day and he definitely won't be in this week, but it will probably be week-to-week and we are getting good news on all the tests," Johnson said. "Anthony (Alford) was doing some things just to test his brace to see how his knee felt in that. He didn't do any quarterback reps but he just worked out a little bit."

I know they appear to be a program on the verge of disarray right now, but USM's upperclassmen still have a considerable amount of pride, and that's why I think Louisville is going to get a solid test - at least early - on Saturday.

--The Golden Eagles are trying to recover and qualify for a bowl game for the 11th straight season.

--Only 12 other programs in FBS have an equal or longer streak.

This is still a matter of great pride for a lot of guys on this team. Regardless of how they feel about their head coach or what they're hearing from their fans, I don't think you're going to see a Golden Eagle team that comes out and does anything close to rolling over on Saturday.

Tim Doherty looks at how Teddy Bridgewater stacks up against the other great Cardinal quarterbacks that Southern Miss has faced in years past.

Another good story on Nate Nord from the Evansville Courier Press.

That led to an offseason meeting with Strong to discuss his future. The coach, facing a lack of depth at tight end with Josh Chichester's graduation, reassured Nord that he was wanted and needed.

"I felt like that was a young man that could help our program," Strong said. "He had already graduated, so I told him he had another year (of eligibility) and I wanted him to come back and be successful on the football field. ... I said, ‘you do not really do not want to quit.' He did not seem to really want to quit, so we didn't really have a discussion."

That was all Nord had to hear.

"I just wanted to see his perspective on where he thought I was and how he thought I could help the team," he said. "It was good that he had confidence in me, that I could be a difference for the team."

Best week of the guys who sit behind me at home games lives.

If I hear Kirk Herbstreit say Louisville "has to get out of the Big East" one more time, I'm going to reserve a top five seed for him in the 2012-13 LCPT. This isn't a f---ing choice, Kirk. That should be fairly self-explanatory.

The 17th-ranked Louisville volleyball team is back in action tomorrow afternoon at South Florida.

And finally, because there's no possible way I could make it through this entire week without posting it.