New U of L Clothing Line Officially Goes On Sale

Buffalo Stille of Nappy Roots and the rest of the Birdgang Team are releasing the first way Cardinal fans can get their hands on pieces of their new U of L-themed clothing line.

Share All sharing options for: New U of L Clothing Line Officially Goes On Sale

A few weeks ago we released news that a team of Louisville fans featuring a couple of members of Nappy Roots were planning on releasing a new line of U of L-themed (and U of L-approved) clothing. The feedback was pretty massive and a lot of people expressed interested in when the clothes would go on sale and how they could be purchased.

Well the Birdgang team would like me to pass along the following details about the first way for fans to get involved, which they're calling "The Birdgang Initiation."

Here are the first two membership packages that the team is making available for purchase: 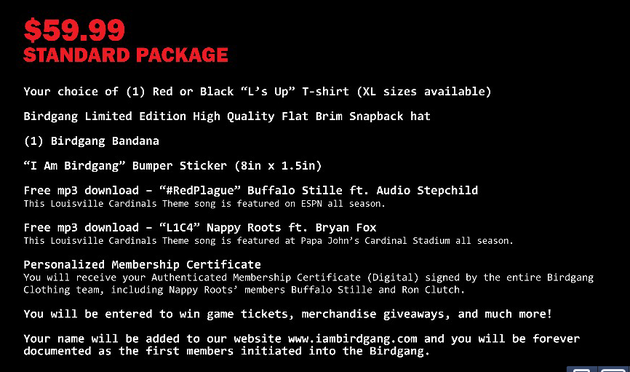 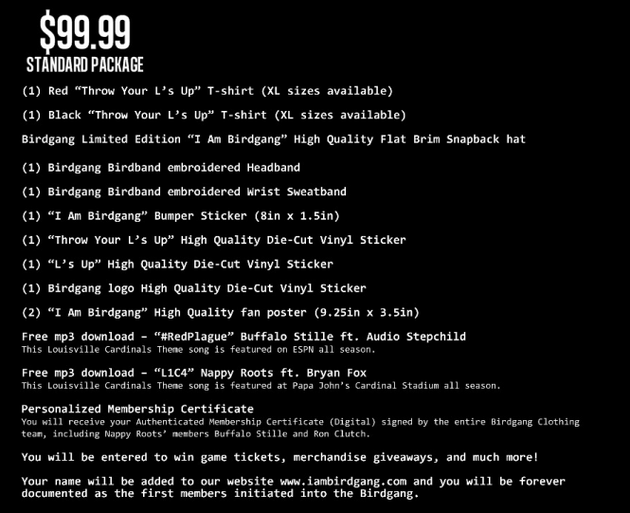 Those interested in purchasing one of these packages should head over to IAmBirdgang.com and look for the PayPal logo. Additional information on the line will be posted on Card Chronicle as it comes along.

You can also check out the full "Birdgang Initiation" press release right here.