With the season rapidly approaching and with no other serious options, Terrence Williams has signed a training camp contract with the Detroit Pistons.

The Piston currently have a full roster, so they'd have to make a move for T-Will to be able to make the team.

It's been a fairly rapid fall from grace for Williams, who was the 11th overall pick in the NBA Draft just months after he led Louisville to the Elite Eight in 2009. In 129 career games over three seasons, Williams has averaged a respectable 7.6 points, 3.9 rebounds and 2.5 assists, but his career has been plagued by questions about his atitude. 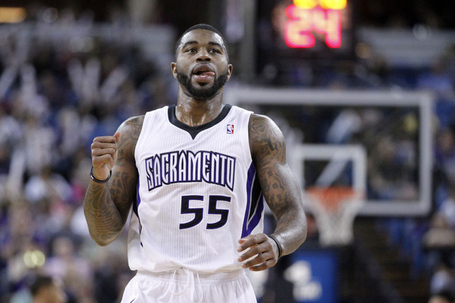 In Detroit, Williams will be reunited with Lawrence Frank, who was the head coach of the Nets when they first drafted and signed T-Will back in '09.

This is a big chance for T-Will, but it's important to keep in mind that the Pistons have 15 guaranteed contracts for the coming season. One of those guys would have to get the ax for Williams to make the team.

Best of luck to T-Will.