Share All sharing options for: 9/19/12: Perhaps The Most Big Blue Nation Day Ever

I know we try to ignore the supporters of Lexington Basketball Academy as much as possible, but there are certain days where they just make that an unattainable goal.

First off, this man and woman who go at it in a hotel lobby following last Saturday's loss to Western Kentucky.

I'd ordinarily be horrified by a man attempting to punch a woman in any situation, but that man's hilarious swings simply made the ass-kicking he was enduring that much more enjoyable.

Seriously though, both those people should probably be spending a little time in jail.

Next up, a gentleman who lost his eye in an accident last year and recently chose to replace it with this: 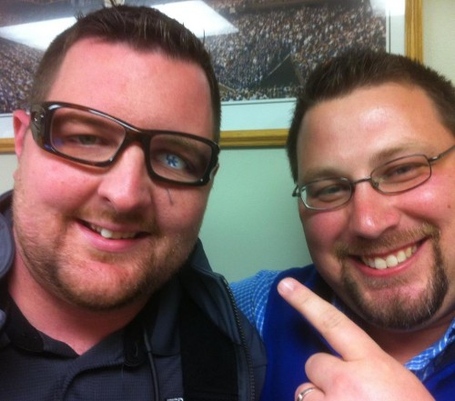 Hopefully the high-fives and free drinks will outweigh the terrifying children in public.

And last but not certainly not least...whatever the f--k this is.

Ten times creepier than the eye.

Toss these into the pile with the tailgate fight video that went viral earlier this week, and you have some tremendous work done by a single fan base in an unbelievably short period of time.