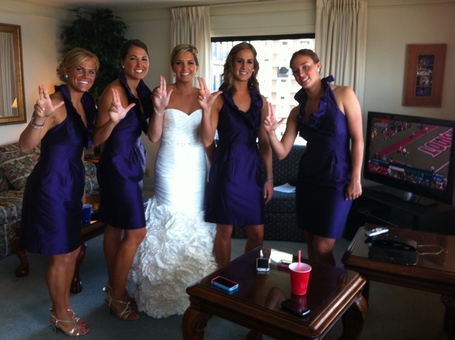 Check out Meredith Jones (Wade) and her bridesmaids preparing for a fall wedding in the only manner appropriate. Bonus points for freezing the TV after a Cards touchdown.

First and foremost, a happy 60th birthday to Rick Pitino. I'd say year 60 has some serious potential.

Bruce Feldman of CBS names Louisville as the college football team more likely to finish the regular season undefeated than any other.

1. Louisville: Teddy Bridgewater has blossomed and a bit of buzz is building for Charlie Strong's program. Unfortunately, the perception of the conference the Cardinals play in is abysmal these days. Even if Rutgers wins at Arkansas this week, it wouldn't do much for the Big East. Instead, it'd be dismissed as more evidence of the Hogs freefall. So Louisville is staring at the likelihood of facing zero ranked opponents all season. They do have to visit Florida International this weekend. The Panthers beat the Cards last year, but Mario Cristobal's squad is off to a disappointing start. The likely toughest test: the season finale at Rutgers.

As long as we keep winning, we need to root for Rutgers and Cincinnati to do the same.

Quick reminder that U of L men's soccer is back in action at Cardinal Park tonight at 7 against Ohio State.

Some classic Woody and Buzz from Saturday: 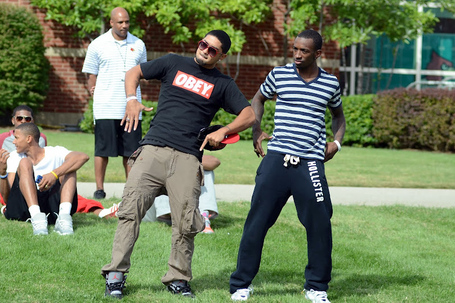 Shawn Watson's offense presents a mighty challenge for an FIU defense which has been abysmal thus far this season.

FIU's defense has not had an easy time of it this season. In the first three games, the Panthers have given up, in order: 420 yards against Duke, 411 against Akron and 431 against UCF.

That's an average of 421 yards per game, which is hard to figure out because it was the defense that FIU went into the season thinking would be the team's strength. So far, instead of doing the bruising, the Panthers' defense has been absorbing the bruises.

And matters don't get easier. This week, the Panthers (1-2) take on what likely could be the most prolific offensive team on their schedule in 3-0 Louisville, which is No. 20 in the nation.

"It's a helluva challenge for us," defensive coordinator Todd Orlando said of the game at 7 p.m. Saturday at FIU Stadium. "But there will be no flinching from our standpoint. Nobody is going to back down from anybody. We're a 1-2 football team, and we're trying hard to get better."

2. Here's another 2012-13 Louisville Cardinals certainty: This team is going to defend like crazy. Per Ken Pomeroy's efficiency metrics, the 2011-12 Cardinals' 84.0 defensive efficiency rating was the lowest in the country (coincidentally, the first time in three years Florida State didn't own that distinction), and the Cards only got more difficult to break down as the season entered its most crucial stage. Here's a fun stat: From Feb. 23 to March 23, Louisville didn't allow a single opponent to score more than a point per possession. That includes the tail end of the Big East season, the entire Big East tournament, and the first three rounds of the NCAA tournament. Not until Florida (when Bradley Beal went nuts) and Kentucky (and, well, it was Kentucky) did Louisville yield more than a point per trip to an opposing team. That's ... kind of insane.

Louisville stays put at No. 19 in this week's BlogPoll.

Apologies to those who tuned in to the radio show last night. We got down to the studio just in time to learn that the station had been knocked off the air. We'll be back on Thursday night.

Are you worried about a Final Four hangover?

Chane Behanan: I'm sure I had one a little bit, but Coach talked to me. He talked to all of us and reminded us we really didn't accomplish anything. You play to win a championship, not to just get to the Final Four. I know for me personally, I have to get back to that sort of hungry state I was in last year.

We were able to listen to the first part of the game Saturday during our drive from the groom's house to the chapel, and on the first play of the game Paul Rogers announced that a Tar Heel was "brought down by Teague." I was pretty sure he meant Terrell Floyd, but that didn't stop me from going straight to the phone and having a temporary heart attack.

Also caused a scene during post-ceremony pictures when I first saw the news about the 4th down stop. Whatever, they knew what they were getting.

All in all, it ended up being about the perfect storm to keep me out of trouble because I wasn't depressed about a loss or overly excited about a blowout win. Well done, world.

Louisville is still a unanimous No. 1 in the SB Nation Big East power rankings.

Willie Taggert is turning me into a tertiary WKU fan.

The third annual Cystic Fibrosis Climb will take place Saturday, Oct. 6 at Papa John's Cardinal Stadium and will be co-chaired by Charlie and Vicki Strong. You can register for the event at ClimbStrong.org and find all other necessary information right here. 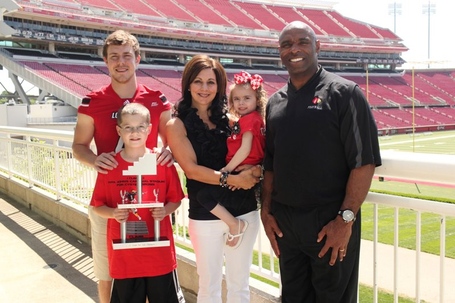 The AP says that Louisville has proven it can win at home, but now it's time to see how the Cards hold up on the road.

Early idea for a Halloween costume: "Guy who wrote 1/3 of 'I Saw the Sign,' but has been creatively frustrated ever since."

It's the perfect combination of terrifying and fun to party with.

U of L has the details on how you could win a free trip to the Bahama to watch the Cards compete in the Battle 4 Atlantis.

"We're going to be fine," he told local media prior to the game. "And we are embarking on our TV negotiation now that we're in a negotiating period with ESPN. One thing that I want to say is that we have a very bright future and vast potential."

Aresco said he embarked on this meet-and-greet tour in part to see each school's brass face-to-face, but also to spread what he believes to be the good word about the future of the league.

"I want to make a couple of points on that," he said. "One, we expect to maximize our exposure and our revenue. I'm not going to make any benchmark prediction or anything like that when it comes to the TV deal, but we are the last guys out there for a long time."

Shoni Schimmel has been named to the Preseason Wade Trophy Watch List (women's Player of the Year). 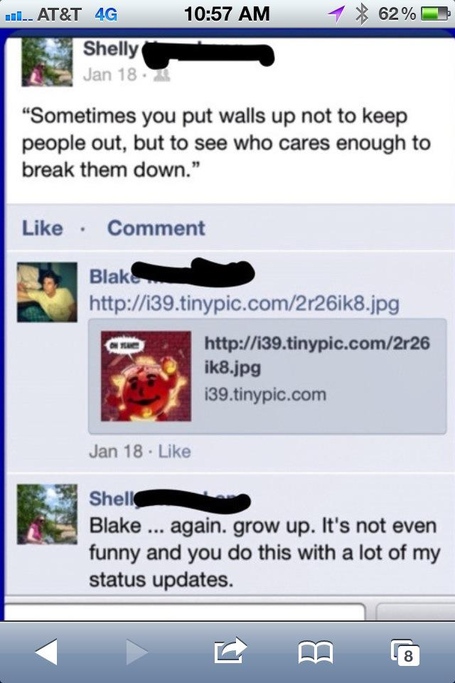 The ACC and the Orange Bowl appear to be close to finalizing a deal that would have the league's champion playing either Notre Dame or an SEC or Big Ten opponent starting in 2014. Very uncool.

Awesome to see two Cardinals currently ranking in the nation's top 40 in rushing.

Former Louisville commit Rodney Purvis has finally been cleared to play at NC State this season.

And finally, your updated spread check for Saturday: Louisville by 13.5.