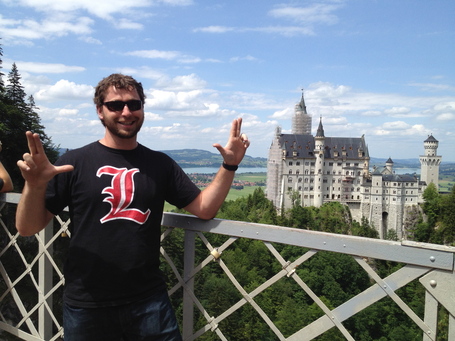 Kent Amshoff thowing up two L's in front of the Neuschwanstein Castle in Fussen, Germany in honor of today's double helping of Cardinal News and Notes.

AP college football writer Ralph Russo has North Carolina over Louisville (28-24) as his upset special of the week.

ESPN's ACC and Big East bloggers both like the Cards to top the Heels by less than a touchdown.

Louisville 28, North Carolina 24: This will be the best game in the lineup as far as entertainment factor goes, but Louisville's defense and quarterback Teddy Bridgewater will be the difference. Bryn Renner will be flushed out of the pocket, where his completion percentage drops dramatically. Louisville will force him to scramble, and Carolina's defense will struggle against Bridgewater just like it did against Wake Forest QB Tanner Price.

AA's TAKE: North Carolina at No. 19 Louisville, 3:30 p.m., ABC/ESPN2. This is a huge game for the Cardinals, because they have a chance to show their 2-0 start and No. 19 ranking are completely legitimate against a pretty good team from the ACC. North Carolina won this matchup last year, but the Tar Heels now feature a spread hurry-up that can cause some major problems for a defense. But the way Wake Forest quarterback Tanner Price dominated the UNC defense leads me to believe Teddy Bridgewater will be able to do the same. Louisville 33, North Carolina 28.

Athlon says that North Carolina has to handle Louisville's passing attack and get running back Gio Bernard back on the field if they want to have a shot at winning on Saturday.

Just checked to make sure Raffi is still following me on Twitter. He is. 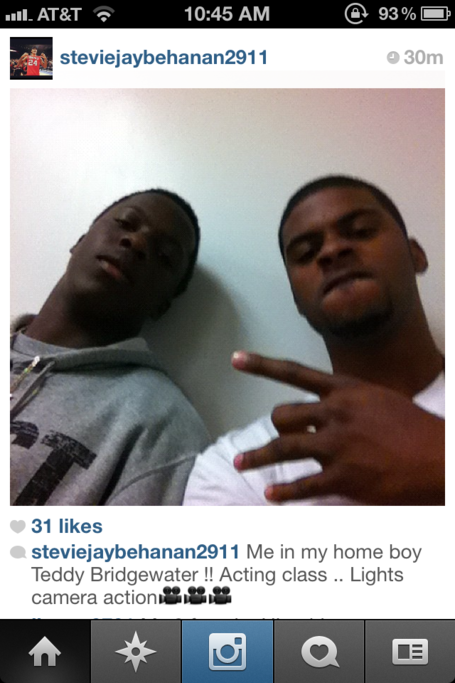 The Tar Heels have spent a great deal of energy this week trying to come up with a plan to contain Teddy Bridgewater.

"He's an outstanding quarterback," North Carolina linebacker Kevin Reddick said. "He's making plays for them, and doing what the coaches ask of him. I feel like he's watching film a lot and knowing what his reads are and making those plays."

Facing a quarterback as good as Bridgewater is a huge test for this North Carolina defense, which allowed Tanner Price to throw for a career-high 327 yards last week in a loss, and allowed receiver Michael Campanaro to get a career-high 164 yards receiving.

Wake Forest drove 93 yards and Price was 5-of-7 for 67 yards on its game-winning, fourth quarter drive.

"It's a scary thought after what we did last week," North Carolina coach Larry Fedora said about the prospects of stopping Bridgewater. "We're working hard on our pass-rush lanes making sure that we contain. We sit in there with him. At the same time you're trying to get pressure, but not trying to open up lanes for him. On the back end, you have to do a great job of coverage. They obviously have more than one receiver that's making plays for them. So that makes it even more difficult. It's definitely a concern for us."

"Those kind of quarterbacks are by far the toughest to try to defend."

Fedora would know, given he prefers similarly-skilled quarterbacks to run his no-huddle spread offense. But he doesn't necessarily like for his team to have to defend one.

Video of The Fed talking about The Ted and the rest of the Cards.

Not sure how long this is going to be left up unaltered, but "Big Blue Nation" now has its own Wikipedia page, the first line of which is fantastic.

I suppose we shouldn't mock honesty.

There's been an unbelievable amount of love for the Cardinal Pig floating around the Interwebs today. Some have proposed that he needs to be on the sidelines, while others have claimed that a picture of Gorgui holding him might turn the city upside down.

Also, does anyone remember the movie Gordy? It was a shameless attempt to capitalize on the success of Babe, but at the time I loved it. There's some Gorgui/Gordy joke potential floating around this situation, but we'll have to wait for something additional to develop before we proceed.

One thing's for certain, CP's on the train. 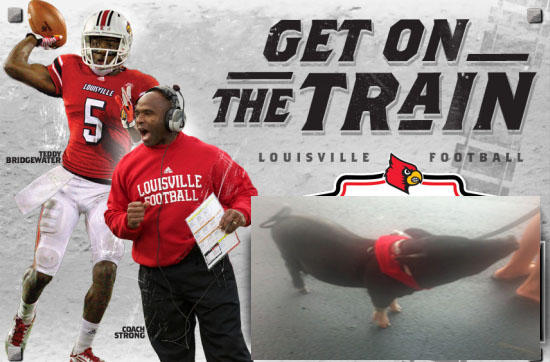 John Calipari says he would rank Louisville as the second-best team heading into the 2012-13 season, behind only Indiana. He then burst into flames after someone in the room made the tragic mistake of opening the shades.

Mark Story says that if the ACC wants a 16th team it ought to take a long look at Kentucky.

Eddie George believes that Teddy Bridgewater is one of the biggest darkhorse Heisman Trophy candidates in the country.

I still haven't forgiven Eddie for pimping Charlie Strong as the next coach at Ohio State, but...he's getting there.

I've been disappointed by the lack of trash talk all week, so I'm offering up this: last year when I went to the gae in Chapel Hill a girl told me I was "wearing the wrong color" when we were walking in.

No, they were seriously pretty courteous. Outside of the loss it was a lovely experience.

"Do you know what happened great this morning? The sun came up and we're still alive, so we'll be just fine. The world hasn't ended because we lost. Just work hard."

Don't mistake that approach for coddling. Fedora and his position coaches are constructively critical and demanding of their players. Following a typical Sunday film review sessions, the players go through a corrective practice to provide a physical context for the errors detailed on tape.

"It was our first taste of adversity with this team, so we're going to learn from everything we did on Saturday and try to improve," said UNC quarterback Bryn Renner. "... Losing games isn't fun, but we have to swallow it then kind of just move on. I think the biggest thing we can do is bounce back and compete even harder to win the next game."

The Carroboro Citizen also says that getting over the disappointment of last week is one of the biggest obstacles Carolina has to overcome.

Unjustifiably excited about USF/Rutgers tonight. Give me the Bulls, 24-17.

Darrell Griffith serving as the grand marshall at the Gaslight Festival Parade in J-town today: 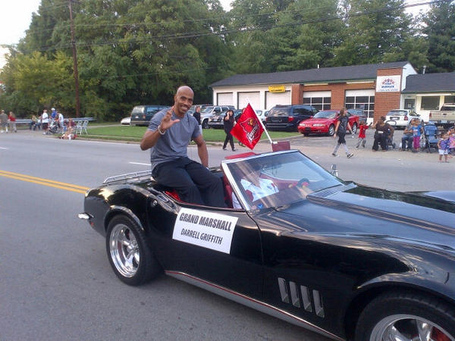 The father of former IU commit Trey Lyles spoke with Steve Jones of the Courier-Journal about the current state of his son's recruitment.

The C-J: You had Coach Pitino here (Wednesday). What are your thoughts on having him come and meet with Trey?

Tom Lyles: That's exciting. (Smiling broadly) Anytime you have coach Rick Pitino stepping in and looking at one of your players, and if that player happens to be my son, it's humbling. It's very humbling. We're talking about a legendary coach who's going to be a Hall of Famer. It kind of speaks for itself. But it kind of shows the work the young man has put in over the years has kind of been noticed outside of the state. Hey, what can I say? It's a great experience.

The C-J: What would maybe be appealing about Louisville to Trey?

Tom Lyles: I think a few things. The style of play, the way they play. The history of the program. Obviously playing for such a legendary coach who is very successful, a coach who knows how to get the most out of his players. And ultimately for (Trey's) parents, it's a two-hour drive. It's right down the street, for the most part. The fact that he's been a fan of the Cardinals for a long time, it's one of those things that could possibly become a dream come true for him.

I could care less about Nebraska football, but this video on how they utilize technology is fascinating.

The 12th-ranked Cardinal volleyball team is all set to host the Louisville Invitational this weekend at the KFC Yum Center.

The problem is the rest of the question was about concern over students using the thundersticks as penises.

UofL Alumni board meeting question was just prefaced with "I was reading @cardchronicle last night..."#influence

And finally, a CBS game preview for Saturday which culminates with a prediction of a 21-17 Cardinal victory.

I have yet to see one prediction with either side winning by more than a touchdown. It's hard to envision Saturday being anything less than extremely intense.