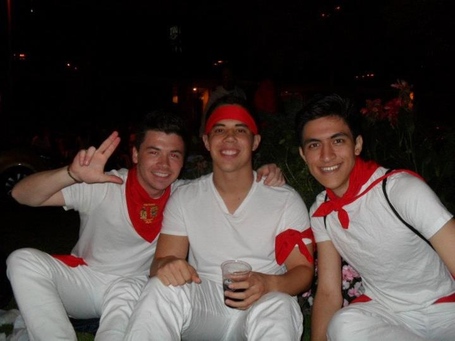 Sam Seigle and friends reppin' the Cards and getting tight in Pamplona.

That's a Hemingway reference one post after I told you not to use a thunderstick as a penis on national television during Saturday's game. This is why you're reading.

Teddy Bridgewater's 5th-place vote has turned into a 3rd-place vote in this week's ESPN Heisman Watch. 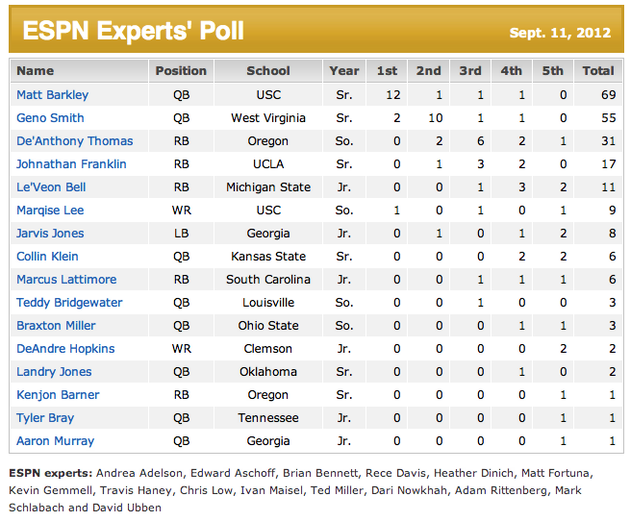 Suffice it to say this is a monster weekend for young Theodore's Heisman buzz.

Plenty of folks have been asking when I was going to mention this, so here we go...

Chicken Knowles will not be playing basketball for the University of Houston this season.

Now I know we've all heard the rumors; "oh, what a coincidence that they announce Chicken is sitting out right at the same time Mike and Coach Pitino become best friends and start hanging out." I wish I could say otherwise, but Chicken Knowles is still not coming to Louisville. The fact of the matter is that when I came in yesterday morning, I hit Coach P with the most elaborate powerpoint presentation (teal was utilized) ever prepared and he still wouldn't (or "couldn't" as he said) budge.

My theory is that Chicken wasn't willing to partake in a season where he knew he couldn't come to the Bucket, and thus chose to begin his college career when Houston made the move from C-USA to the Big East.

Still can't wait to see you on the court, my man.

UNC site View From the Tarpit takes a look at what went right and what went wrong for the Heels in last week's loss to Wake Forest. Among the negatives was a defensive line that got to next to no pressure on Demon Deacon quarterback Tanner Price.

The Heels struggled to get pressure all day on Tanner Price, generating just one sack and very few quarterback hurries against an inexperienced offensive line that has been hit fairly hard by injuries. This enabled Price to find his receivers, rather, receiver, for big gains; Michael Campanaro was a one-man wrecking crew, catching 13 balls for 164 yards. With no other Wake player catching more than 4 passes and their running backs combining for just 64 yards on the ground, it seems like Campanaro really should have been the focus of the defensive gameplan. Instead, #3 ran free through the secondary and Wake was able to punch the ball in for a touchdown on each of the four possessions that they reached the red zone. It's true that Fedora's defensive system is predicated on generating turnovers more than limiting yardage by forcing three and outs, but the Tar Heels had trouble doing both on Saturday.

The biggest obstacle for UNC right now might be putting such a gut-wrenching defeat behind them.

The Tar Heels started the season with a 62-0 win over FCS-foe Elon at Kenan Stadium. Larry Fedora was welcomed to the ACC when Wake Forest held onto the one-point lead it took at the 2:09 mark in the fourth quarter to give the Heels its first loss of the season.

After the game, Fedora said they would review the game film Sunday, just like they always do and try to pinpoint what went wrong and where. After that, he said it's time to look ahead.

"It's all about getting ready for the next one," Fedora said. "There's no time to worry about this one and cry about it. (You've) just got to get better and learn from the mistakes you've made."

ESPN has more on the track, and Card Chronicle will have another exclusive announcement from that team in the coming days.

In Big East news: the league has opted against tweaking its name and is also trying to join the ACC in having an official tie-in with the Orange Bowl.

Andrell Smith says that revenge won't be a factor (video) for Louisville against North Carolina this Saturday.

I'm not sure how many of you are familiar with brilliant YouTube sensation Krispy Kreme, but for those of you who are - aka the people reading this who I like the most - how much does "Money Maker Mike" look like Kyle Wiltjer? 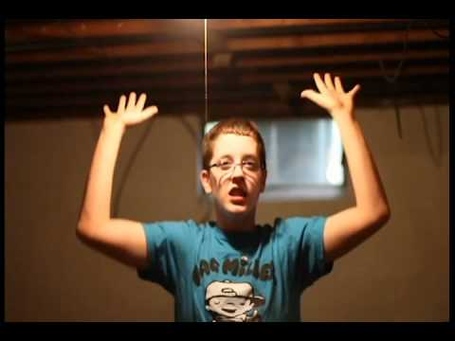 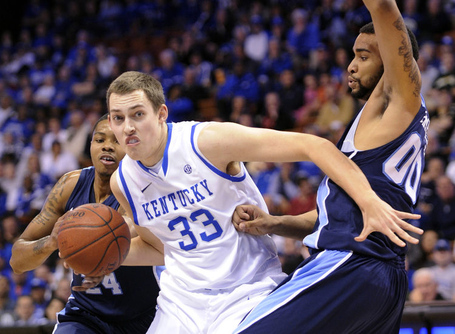 It kind of blows my mind that I haven't seen this anywhere else.

The C-J's Tim Sullivan says that Charlie Strong has cranked up the energy.

Speaking of cranking up the energy, when Senorise Perry finds the endzone, Carter and Jacob WILL bust out their celebration moves. 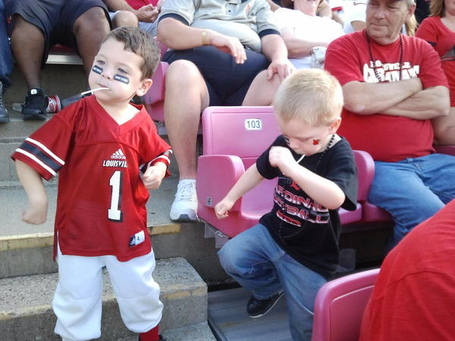 Those are actually the only two moves I know and now I feel like...you know what, I'm not even going to go there because it's not you fault, kids. It's my fault for skating by with two moves for this long.

Wedding in four days. Back to the lab.

ESPN's Mark Schlabach likes Louisville to face Florida State in the Orange Bowl, while Brad Edwards has South Florida winning the league and the Cards relegated to the Russell Athletic Bowl.

Will Stein's always making time for the kids. 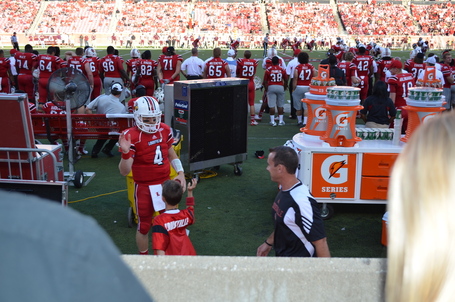 The Louisville baseball team will be conducting scrimmages on Friday at 2:45 p.m. and Saturday at 11 a.m. Both scrimmages will be held at Jim Patterson Stadium and are open to the public.

Living Social has a special deal on U of L Ice Hockey.

The most painful thought I had today as a 28-year-old-man was that more than half of the children ages 5-8 in the United States don't know who April O'Neil is. 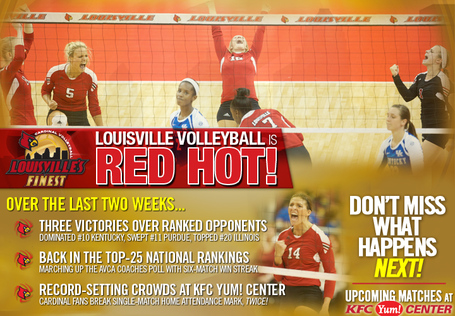 I still have the biggest crush on the volleyball marketing, folks. They do great work.

The AP preview for Saturday's game is out.

Junior defensive lineman Brandon Dunn calls Saturday's matchup a "respect game," knowing that they'll have to knock off a BCS conference opponent with NFL-caliber talent to truly be taken seriously.

"I guess some of the people in the country don't give us enough respect," Dunn said. "They probably think we don't play anybody. This week, we should solve that."

Louisville should find out where it stacks up this weekend against a team Strong says is "one of the biggest football teams we've faced" since his arrival in 2010.

"You look at it, it's an (Atlantic Coast Conference) opponent coming in here that just has some tradition about them. It's a big football team and they're going to look good. It has to be a physical game for us."

And finally, star North Carolina running back Gio Bernard participated fully in the Tar Heels' practice today after missing last weekend's game against Wake Forest with a knee injury. Expect him to be ready to go on Saturday.

Even though the Tar Heels ran the ball effectively without him last week, this is still major news. Bernard, a 1,200-yard plus rusher in 2011, carried 25 times for 109 yards and a touchdown in Carolina's win over Louisville last season.