Share All sharing options for: ABC To Televise Louisville Vs. North Carolina

Solid news from the world of...television, I guess, as ABC has announced that it will be carrying Saturday's game between Louisville and North Carolina. The network had the option of deferring the telecast to ESPN2. 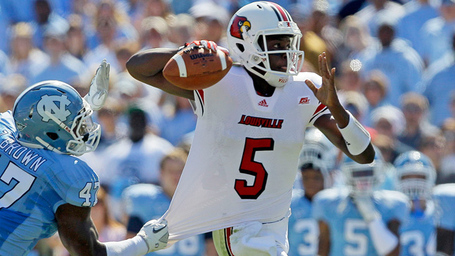 The Cards are currently listed as a 3.5-point favorite over UNC, which dropped a 28-27 heartbreaker at Wake Forest last Saturday.