Louisville Cheerleading To Make Its Primetime Debut On Glee

Share All sharing options for: Louisville Cheerleading To Make Its Primetime Debut On Glee

When I started this gig in '06, the powers that be were like "dude, if at any point in the future a popular television show centered around a high schol glee club features U of L, you have to write at least two front-page posts about it."

I am at their mercy.

In the season finale of Fox's "Glee" earlier this year, the character of Santana received a scholarship to "the top cheerleading college in the country," the University of Louisville.

Early sneak peaks at the new season have made it official: U of L cheer is going Hollywood this fall.

Naya Rivera, the actress who plays the character, tweeted out her show wardrobe earlier this week: 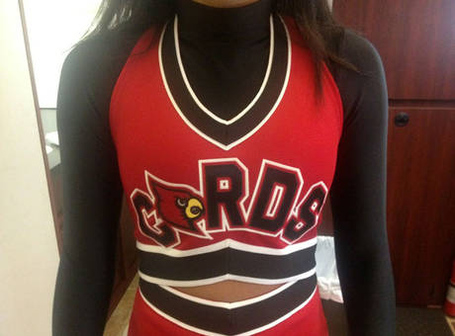 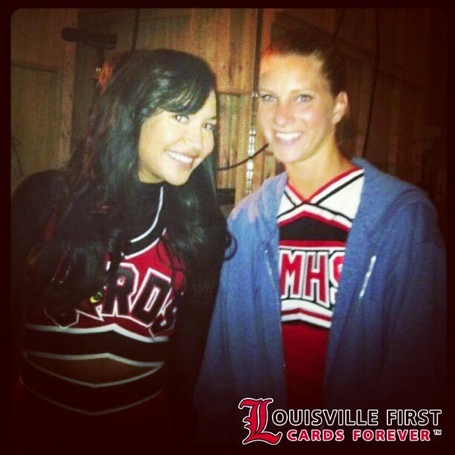 Pretty cool and much deserved after 9,567 national championships.