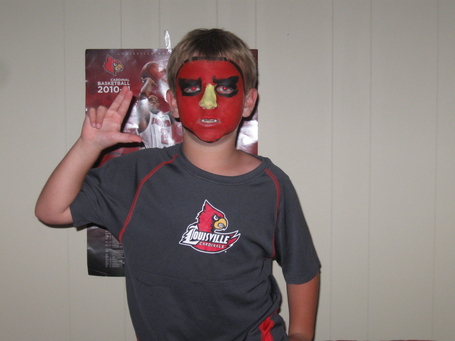 Drew Lanz has been tailgating for three weeks now. He really doesn't care what you think about that, he just knows he's coming home on Sept. 2 with a dub.

Kentucky players continuing to be above talking smack on Twitter.

Wish we could fast forward to this Louisville game..tired of seeing all these UL fans on my timeline. Ready to shut em up #UKrunsThisState

Totally gonna do all their talking on the field, guys.

Two elite teams meet once again, rematch of the Final Four, eternal bragging rights (at least for another year), HoF coaches who can't stand each other. It's not always a pretty watch, but it's compelling TV and the best soap opera in the sport at the moment.

The Tigers know CUSA isn't that strong this season, and their nonconference schedule is providing them with numerous chances to impress. This is probably the choicest of the bunch, though, getting a top-5 team and a regional rival to come to them. We'll know a ton about Memphis' maturity after this one.

20. Louisville at College of Charleston (Dec. 4)

C of C actually hosts two Big East teams this season -- St. John's is the opponent in the first round of the Charleston Classic -- but this is the headliner, even with Bobby Cremins no longer on the Charleston sideline. The Cougars gave the Cards everything they wanted last season at the KFC Yum! Center.

The College of Charleston game is interesting because I don't think it was ever announced that the deal involved a return game on U of L's part. I assume the fact that Pitino's daughter is a student at Charleston played a large role in this.

Programming note: I'l be discussing sporting matters on ESPN 680 this evening between 6 and 7 p.m.

An oldie but goodie. 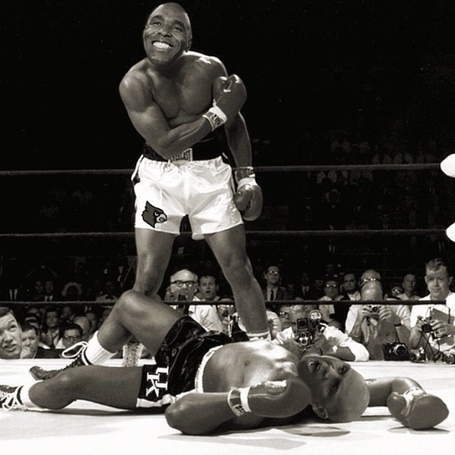 The Louisville soccer team wrapped its preseason with a 4-0 win over Lipscomb last night at Cardinal Park. The Cards will open their season on Sunday at Maryland.

UK season ticket sales for football have been better. 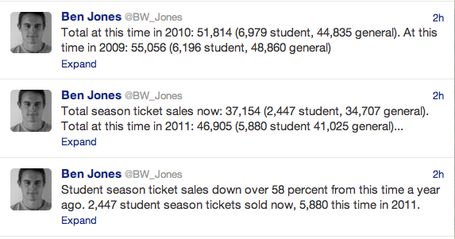 Louisville is currently in first in ESPN SportsNation's preseason "Rank 'Em" for the Big East.

Just like Mangok Mathiang, former Cardinal commit Rodney Purvis has been cleared to begin classes at NC State, but still has not been given the Ok to suit up for the basketball team this season.

Expect Watson to lead a balanced offense at Louisville. In 2009 when Watson as the offensive coordinator at Nebraska, the Cornhuskers produced 175.7 passing and 147.1 rushing yards per game.Watson can also adjust when necessary. Two years earlier, Nebraska set a school record with 3,886 passing yards. In 2001. When Watson served in a similar capacity at Colorado, the Buffaloes depended heavily on a rushing attack that featured future NFL back Chris Brown. Late in the season, Colorado shocked then No. 2 Nebraska 62-36, as Brown scored six touchdowns and the Buffaloes rushed for 380 yards.

I believe the time has come for all of us to hate Kirk Herbstreit. Sure, when College Gameday first rose to prominence he was the younger, hipper, good-looking former quarterback we all sort of wanted to be, but recently he's seemed more like the your friend's crotchety dad who's always complaining about something and refuses to change with the times.

If that weren't enough, then take a gander at his 12th annual "Herbie Award" selections. Not only does Herbstreit heap about 95% more praise on West Virginia than he would if the Mountaineers were still in the Big East, but he essentially ignores the conference all-together...until he picks Pittsburgh to win it and names Charlie Strong as the most likely coach in the country to move on to a better job after this season.

The honeymoon's over, Kirk. You're officially on the LCPT watch list.

Charlie Strong is 21st on Pat Forde's list of the 25 most intriguing coaches for 2012.

A guy who couldn't get a job for years has the Cardinals poised for a breakthrough season as the Big East favorites. That likely would change the don't-call-us-we'll-call-you dynamic with athletic directors who snubbed him before. Would Strong entertain offers from bigger programs or stay loyal to the guy who gave him his chance, Tom Jurich?

A preview of the linebacking corps Louisville will be facing against Kentucky on Sept. 2.

Alabama wide receiver commit Deon Johnson has announced that even though he remains committed to the Tide, he will be taking visits to Louisville, LSU and Nebraska this fall.

More Davis: "Winning a title at Kentucky was great...but there's nothing like winning a gold medal."

A pair of Cardinals are playing for Canada in the Fifa U-20 Women's World Cup. The Canadians opened up play with a 6-0 win over Argentina on Monday.

The state of Oklahoma is crazy dumb.

The Cardinal Towne suites are quite luxurious.

ESPN is counting down its list of the 50 best college basketball programs over the past 50 years based on a points system it created. Checking in at No. 45 is DePaul, which somehow managed to achieve negative points over the "2000-present" era.

Everyday I wake up wishing Carly Rae Jepsen's people had delayed her debut single release eight months so a "DePaul Me Maybe" rendition would have still been relevant come next Jan. or Feb.

Still probably gonna do it.

Someone at the C-J missed this: 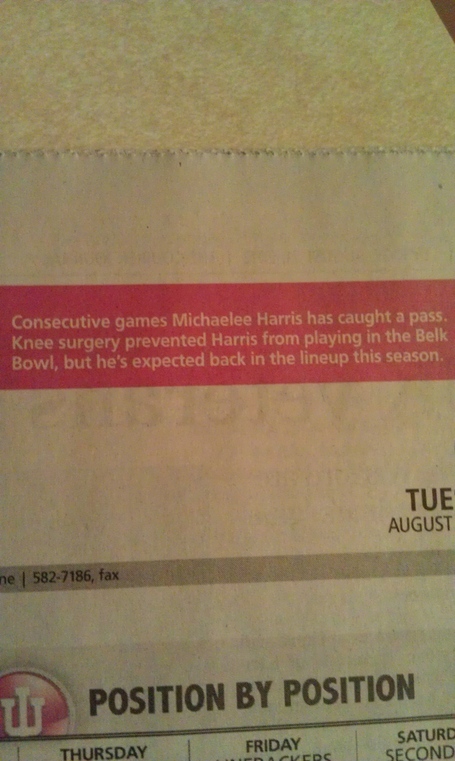 Hat tip to the LSL folks.

Tick Rogers' daughter, a former U of L commit, has committed to Kentucky.

And finally, the Louisville Ladybirds will be holding another car wash this Friday from 11 a.m. to 6 p.m. at the Impellizzeri's pizza on Brownsboro Rd.