Louisville is reportedly among the schools expressing an interest in former Indiana signee Ron Patterson, who was denied admission by IU earlier this week.

Patterson, a 3-star shooting guard from Indianapolis, has also heard from Purdue, Missouri, Memphis, Ohio State, Villanova and Illinois, among others. He is also apparently considering spending a season at Brewster Academy, a prep school in New Hampshire. 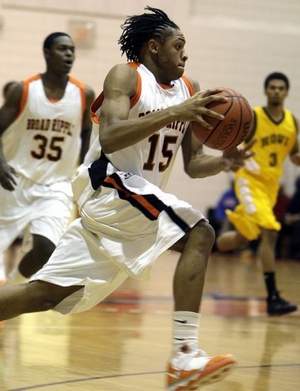 I'd say the likelihood of Patterson suiting up for the Cardinals this fall is slim, but it is telling that the U of L staff is expressing interest when they technically don't have an available scholarship. Perhaps this is an indication that recent signee Mangok Mathiang is even more of a longshot to be cleared by the NCAA than originally thought.