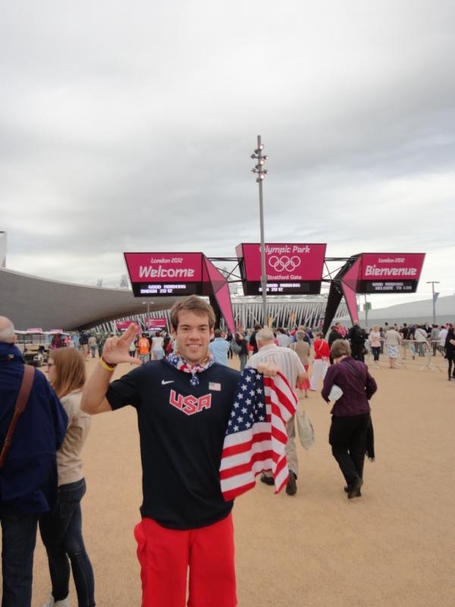 Go Cards. Go USA....Go Cards athletes competing for other countries besides the USA.

Class of 2012 OL signee DeAndre Herron tweeted that his transcript was rejected by the NCAA and he will be attending Iowa Western Community College in the fall. Best of luck to DeAndre going forward.

Via hot hot on Twitter, Herron's misfortune is just the latest in a long string of bad luck for Louisville football commitments whose first names start with "De." Devin May in '03, Devin Shivers in '04, Demetrius Culpepper in '06, Deantwan "Peanut" Whitehead in '06, DeAntre Rhodes in '10, and now Herron. Kinda crazy.

Jerry Palm of CBS has released his preseason bowl projections and has Louisville taking on mighty Alabama in the Sugar Bowl.

Why not? I remember enjoying the original 22 years ago.

Congratulations to Cardinal swimmer and Olympian Pedro Oliveira, who set a new national record in the 200-meter backstroke this morning. 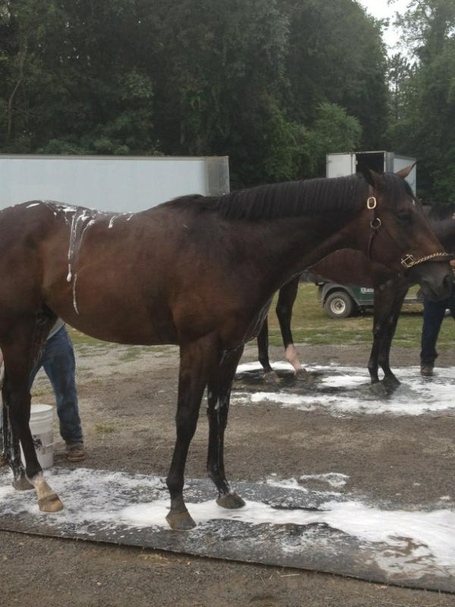 Incredibly horrifying and not U of L or even sports-related, but this GQ piece on the summer camp massacre in Norway last year is worth your time.

Gary Parrish takes Ken Caldwell to task for being the dumbest runner in college basketball.

World Wide Wes is, of course, William Wesley -- a man who, fair or not, has long been considered a third-party recruiter by industry sources even though he's never been alleged of anything in any formal way. Perhaps the clean NCAA record is a result of Wes having never done anything improper in his entire life. More likely, though, it's because he's super smart, which brings me back to Caldwell, a (not-so-smart) convicted felon who once publicly connected himself to a sports agency (ASM Sports), bragged to Pete Thamel of the New York Times that his nickname is "Financial" and said the following words when accused of aiding UCF's recruiting in clear violation of NCAA rules: "If telling someone about a place is a crime, lock me up."

Genius, this guy. And when it became clear that Caldwell's background and line of work would be made public in America's most famous newspaper back in April 2011, the Chicago native hardly tried to talk Thamel out of writing the article or change his mind in any way, which, speaking from experience, is usually how such conversations go.

"It's not going to change my perception or lifestyle one bit," Caldwell said. "Not one iota. You'll make me a legend in Chicago. Because that's what Chicago feeds off of, they love that. You want to make me a legend, do that."

Predictably, Thamel did that.

Which led to the NCAA doing this.

Caldwell is now claiming on Twitter that he is going to "tell everything" in a YouTube video.

A quick reminder that the football team will be holding open practices on both Friday and Saturday. The Friday practice will begin at 5:45 p.m., while the Saturday practice starts at 11:30 a.m.

Teddy Bridgewater, Louisville - Bridgewater's maturation during the 2011 season was arguably the most important piece of Louisville's turnaround from 2-4 to Co-Big East Champions. In addition being named a CBSSports.com Freshman All-American, Bridgewater's finished No. 2 in the Big East in completion percentage (64.5%) and set a new Louisville freshman passing record with 2,129 yards. Bridgewater will be an early favorite for Player of the Year, and should make another step forward with the offense returning seven starters from 2011.

Also considered: Talented senior BJ Daniels has one more opportunity to leave his mark at USF after three up-and-down years that have included some nagging injuries. Syracuse quarterback Ryan Nassib was second in the conference only to Geno Smith in passing yards (2,685) and touchdowns (22) - but will need to turn those numbers into wins after a disappointing 5-7 finish.

U of L fan emcee Joey Wagner is part of a group that is putting together a "Pink Prom" event where 100% of the proceeds will go to Susan G Komen Breast Cancer Foundation of Louisville. Tickets went on sale today and will be available at a discounted price for a limited time.

The Battle 4 Atlantis bracket will be released on Thursday morning. I think it's pretty much a given that Louisville and Duke will be on opposite sides, but assuming the tournament is seeded 1-8, I think it's also safe to assume Memphis will wind up on the Blue Devils' side. The Cards are already scheduled to face the Tigers on Dec. 15.

Louisville is one of the schools that elite 2014 point guard Jaquan Lyle has said he plans to visit in August.

This is what Jackson did last week in Fort Wayne:

The new "Mansion" level at Churchill Downs is absurd, but people will pay for it just to be able to tell acquaintances they've been there.

The San Antonio Express has Louisville at No. 25 in its preseason countdown.

ESPN has an insider article on the Cardinals winning the recruiting battle for wide receiver Corey Cooper.

NBC sports takes a quick look at the signing of our man Mangok.

The Cards being the team to beat is CBS Sport's No. 1 headline from Big East Media Day.

1. Louisville is the team to beat

After narrowly missing out on a Big East championship a season ago, Louisville returns slightly older and more experienced. The Cardinals remain, still, very young, which actually shows just how much Charlie Strong has done in his three years as head coach. Louisville will graduate just nine seniors this year, meaning it will probably come back much stronger next season.

And finally, your generic AP story on Louisville being picked to win the Big East.