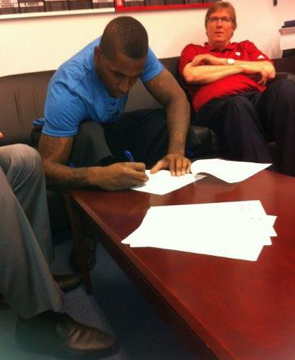 The contract guarantees that Smith will be invited to New York's training camp, but there is likely very little guaranteed money involved.

Smith spent the summer playing for the Knicks in the Las Vegas Summer League, where he averaged just 5.2 points, 2 rebounds and 1.4 assists on 29% shooting. One Knicks beat writer described Smith as often appearing "visibly flustered" during games.

Still, he now has a shot to at least compete for a spot on the Knicks' regular season roster alongside his brother, J.R.

Congrats to Chris and best of luck over these next few months.