Share All sharing options for: Maker's Mark Puts Charlie Strong On A Bottle

We asked, they responded, and now they're delivering.

According to an email from an employee at Maker's Mark, the distillery will be offering up this limited edition Charlie Strong bottle for Louisville fans later this summer: 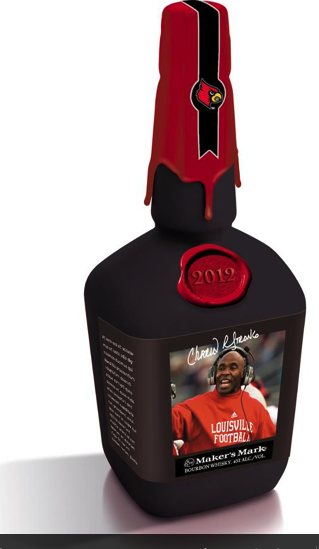 The folks at Card Game are reporting that the bottle will be available for purchase on July 20. My guess is they won't be around for much longer after that.

A monster tip of the cap to the folks at Maker's Mark for coming through on this.