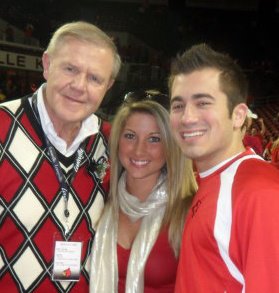 A very happy wedding weekend to former Cardinal football equipment manager extraordinaire Joey Devore, who finally convinced long-time U of L basketball coach Denny Crum to settle down. At least I assume that's what's going on here. The finer details weren't really laid out in the email, and I've never been very good at inferring.

I'm confident enough to continue this post without an edit.

Congratulations to Teddy Bridgewater, who has reportedly been named to the Maxwell Award (best overall college player) preseason watch list. That's a tremendous accomplishment for a sophomore.

The full watch list will be released on Monday.

Pretty cool story from the world of professional football where Tiger Jones, now 30-years-old (holy sh-t, I'm old), is getting one final shot at the NFL thanks to the Philadelphia Eagles.

To avoid having an injury derail his NFL opportunity, the 30-year-old Jones, who leads the AFL in receiving yardage this season, will not be playing for the Soul for the rest of the year.

"It's definitely bittersweet, but you can't pass up an opportunity like this," Jones said. "They don't come around like this every day, especially in the Arena league. A lot of NFL (personnel) guys look at us like we can't make the transition. For them to give me a shot says something."

Jones figures to have his work cut out for him.

The top three spots in the Eagles' receiver rotation are locked down by DeSean Jackson, Jeremy Maclin and Jason Avant. Riley Cooper, 2012 sixth-round pick Marvin McNutt and undrafted return specialist Damaris Johnson, who received a large financial guarantee despite missing all of last season, have the inside track on the last three spots, if the Eagles even keep six receivers heading into the season. The Eagles kept five for much of last season.

Best of luck to Tiger. Regardless of what happens this summer, your status on the U of L All-Name team is secure.

The new Rivals top 100 for the 2014 class has Quentin Snider as a four-star recruit ranked 32nd. Louisville native D'Angelo Russell enters the top ten at No. 10.

Top ten recruit Chris Walker recently cut his list of schools to seven, but mysteriously tweeted about only four (Louisville, Kansas, Kentucky and Florida) on Thursday.

Via KSR, easily the saddest of the Kentucky football summer billboards: 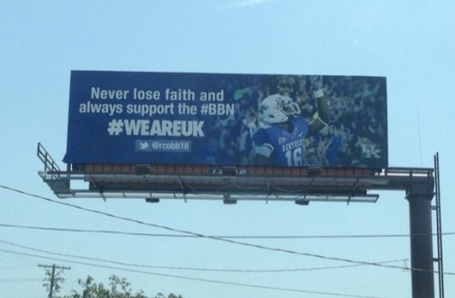 This batch of GIFs of the week is especially entertaining.

Your 2011-12 Least Cool Person Tournament title game is officially set, as it will be two-tome defending runner-up John Calipari attempting to get over the hump by knocking off Cinderella story Doug Gottlieb.

The polls will open on Monday.

Suffice it to say, The Gorgster has been keeping busy in the offseason.

Joe Paterno did, in fact, know how to use email.

Some solid Final Four experience in this picture. 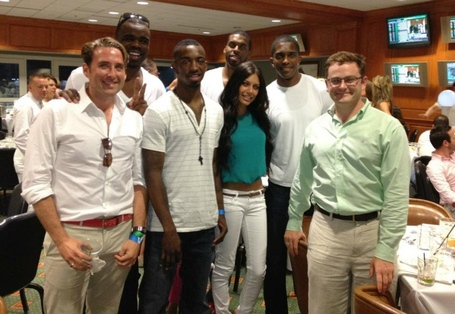 Yeah, the guy in the green shirt is actually Mateen Cleaves.

No college baseball program in the country has more players competing in the prestigious Cape Cod League this summer than Louisville, which has nine.

It's all but official that the folks currently running InsidetheVille.com will be spearheading the new U of L site on the 24/7 network. So who will be taking over operations for U of L's Scout site? Word is it will be none other than longtime Courier-Journal recruiting czar Jody Demling.

Athlon features Louisville's Mario Benavides (No. 55) in honor of us being just 55 days away from the start of the 2012 college football season.

Congratulations to the Louisville softball staff, which was named Great Lakes Region Coaching Staff of the Year on Thursday.

And finally, Rick Pitino throwing Ls in a pool? 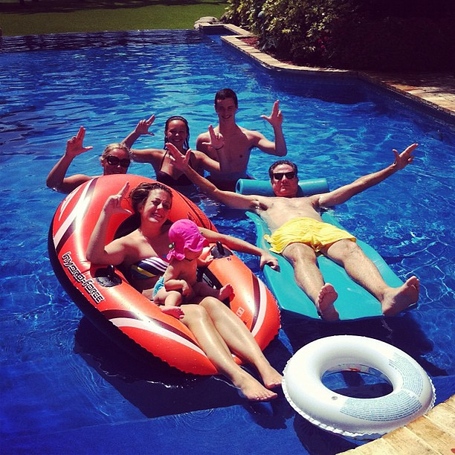