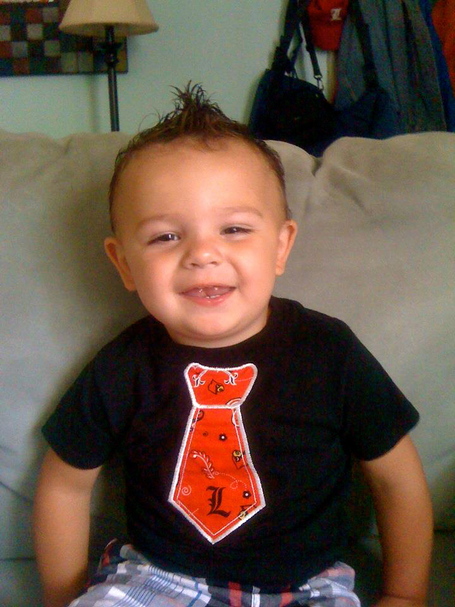 James Alan's post-Fourth of July Cardinal tie shirt says, "yeah I'm back and I'm ready to work, but I'm also still lookin' to ride this party into the weekend."

USA Today has predicted that Louisville will face Florida State in this year's Orange Bowl. Rick Bozich says that's exactly the type of achievement the Cardinals need to have this season in order to position themselves for a jump to a new conference.

Wait for a gap between the tackles.

Rush through that gap to the first available seating outside the Big East.

I don't have to borrow a copy of Charlie Strong's playbook to know what the game plan should be for the University of Louisville this season:

Hang 10 or more wins, including one in the Orange Bowl, to convince somebody (keep reading, Mr. Big 12 commissioner) to invite the Cardinals into one of the five leagues that are already working to control the central nervous system of college football.

This summer has definitely taken on that same "God, I can't wait" feeling we had from 2003-2007. In less than two months it will be on the guys in red, white and black to cash in on this excitement.

The 12 worst college fan pride videos is a must read/watch.

With the high pick-and-roll having become the ultimate weapon in college basketball for the past few seasons, Indiana coach Tom Crean has turned to game tapes of Denny Crum's old "switch on everything" Louisville teams to try and stop it.

In the past five years, and maybe longer, the pick-and-roll has become a nigh-unstoppable force in the game of basketball at nearly all levels, from the 2012 Kentucky Wildcats to the NBA Champion Miami Heat, and everywhere in between. Why? Because it is intuitively simple and, when run properly, borderline unstoppable. It gives the offense instant space and options -- pick and roll, pick and pop, penetrate and score, drive and kick -- while forcing defenses to rotate and help. There is a counterpunch to every defensive maneuver, and these little tweaks can be taught as easily to sixth-graders as pros. It is, I'd wager, the defining play of the current basketball era.

And Crum's switching defense may be the only way to stop it. Coaches have long since taken to switching "like" screens -- screens that feature two similar players, like two wings, that both defenders can guard with relatively equal success. But teams don't run many like ball screens. They force big men to come hedge on the perimeter, which forces help, which moves the defense the way the defense doesn't want to be moved.

A switch-everything defense could alleviate that. If every defender can reasonably guard every offensive play, you can hedge high and immediately defuse the pick and roll before it has a chance to cause a larger defensive reaction.

I received word earlier this week that yet another Courier-Journal sports writer is on the way out. This may or may not have something to do with the fact that there is going to be a new Louisville site on the 24/7 Sports network (which will apparently be run by the folks currently in charge of Inside the Ville).

Louisville sports media realignment is almost as fun as conference realignment. Way less fun than Crocodile Mile though. It's really not even close.

Kentucky is the second-winningest sports state in these United States of America. 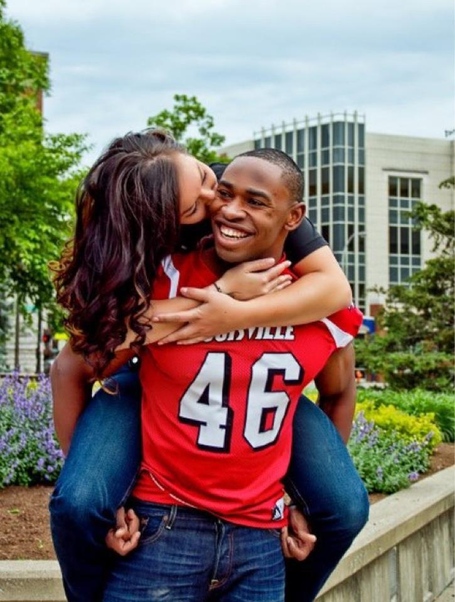 Here's hoping they opt for a large family.

There's a proposed bill which would make medical marijuana available to citizens in Louisville for ailments including a loss of appetite. I'd say there's about a 2-5% chance of the bill being passed, but if it is, well, I'll gladly accept the increase in Friday Irrelevance views.

Terrence Jennings will play for the Philadelphia 76ers in the NBA Summer League in Orlando. He joins Chris Smith (New York Knicks) as former Cardinals currently on Summer League rosters.

Former Cardinal cornerback Woodny Turenne has been picked up by the Saskatchewan Roughriders of the Canadian Football League.

It might be a pipe dream to get him out of the state of Florida, but...still a dream.

Looking for 175 Louisville golf tees? You can make that dream a reality for just 33 bucks.

The Louisville Bats will be wearing the old Louisville Redbirds uniforms for the "Rebirds Reunion" game at Slugger Field this Saturday.

Favorite Redbirds memory: when I was in first grade we finished in the top ten of a city-wide canned food drive and got to go to a day game as a reward. I kept score on a sheet of loose leaf and Brian Jordan hit a home run. We had to leave before the game was over and I wanted to cry.

West Virginia is one of 21 college basketball programs on the move to new conferences for the 2012-13 season.

And finally, it's only recently dawned on me how much I want Anthony Barber - the No. 9 overall player in the class of 2013 who earlier this week narrowed his choices to Louisville, Kansas and Alabama - to become a Cardinal.

Outside of the obvious, the reasons are two-fold.

1) The man is nicknamed "Big Cat" and is commonly referred to simply as "Cat."

2) "The Barber of Da Ville" would be the greatest nickname since Dark Slime and would catch on like wildfire.