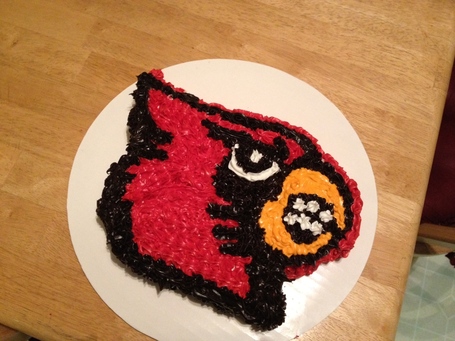 The headlining pictures for the Cardinal News and Notes series have taken some interesting twists and turns over the years. Babies, pets and personal shots have been the staples, but then we've also had some spin-offs like the original "Best Gorguis" Series and then, of course, the "Babies 4 Behanan" era.

The latest big thing in the CN&N world is cakes, and the most recent installment is the one above, which was presented to Tell City's Mark Owen for his 58th birthday. Happy birthday, Mark. That looks delicious.

As a man who loves cake more than far too many more important things, I encourage all of you to keep this trend rolling.

The big news of Monday is obviously the signing/commitment/potential addition/what have you of IMG Academy big man Mangok Mathiang.

IMG tweeted out a picture of Mathiang signing his letter of intent Monday night, but the only real significance of that is the fact that Louisville will be able to comment on Mathiang once the letter is received. Members of the staff as well as folks who follow recruiting for a living alike are saying that there's a very long way to go for Mathiang to be cleared for action in 2012-13. And even if he is, there's additional talk that he might spend his first year on campus being redshirted (he'd still use up that 13th scholarship).

Basically, get ready to read or hear "what's the latest with Mangok?" approximately 5,000 times between now and the start of the season.

A follow up on the Mangok blurb: isn't it remarkable that in this day and age where so much time and so many resources are dedicated solely to recruiting, someone almost zero Louisville fans had heard of can come out of nowhere to become the newest Cardinal commit?

If you're a Cardinal football season ticket holder then chances are you received a nice little present in the mail on Monday. 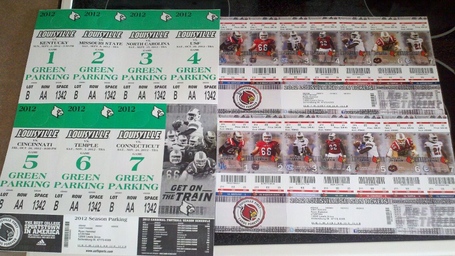 This year's ticket honorees are:

Next year is your year, Titus.

Word out of New York Jets camp is that Bilal Powell has been so impressive thus far that he's now taking reps with the first team. Bilal has quickly gone from a guy who was an assumed cut to being one of the top candidates to be the team's 3rd down back.

Doug Gottlieb is officially leaving ESPN for CBS, where he will cover college basketball and host his own show.

Angel McCoughtry and the United States women's basketball team routed Angola 90-38 to win their 35th straight Olympic contest and move to 2-0 in these games. 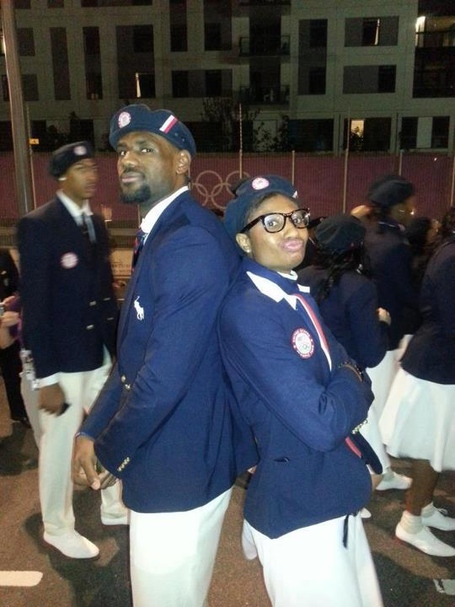 Angel came off the bench to score 10 points on Monday. She dropped 13 in the team's opener against Croatia, and sparked a key run when the game was still in jeopardy.

A reminder that tomorrow is Big East Media Day in Newport. Fans can follow the festivities online at BigEast.org and can submit questions all day on Twitter by using the hashtag #BEMediaDay.

Louisville's representatives for Tuesday had been scheduled to be Hakeem Smith, Mario Benavides, Alex Kupper and Adrian Bushell, but it appears Bushell did end up making the trip.

Via the U of L football account, here's Mario and Hakeem enthusiastically ringing the bell to signify the start of dinner. 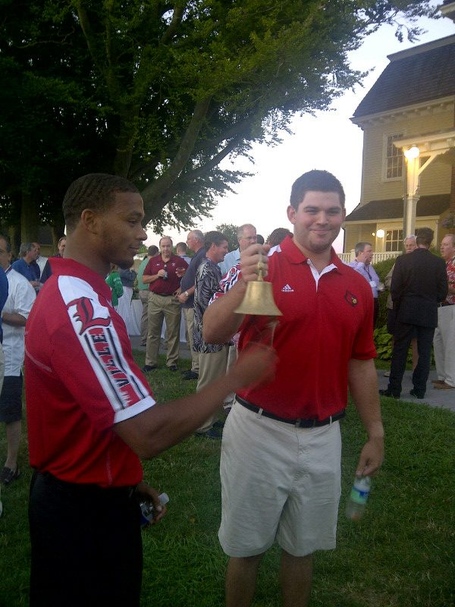 Guy's got a lot of intensity. Not a real strong skater, though.

Athlon ranks the top 30 coaches in college basketball and slots Rick Pitino at No. 6.

Similar to the other active Hall of Fame coaches, Pitino keeps winning and keeps adding to his list of accomplishments. He and rival John Calipari remain the only coaches to take three teams to the Final Four. Last season, he joined Roy Williams as the only coaches to take two teams to multiple Final Fours. He’s accomplished this at Louisville without a consensus All-American in his tenure (he had three at Kentucky). Of course, there’s plenty of talent at Louisville. The 2012-13 season won’t be an exception as the Cardinals are likely to start the season in the top five.

The list includes Rick Barnes and Leonard Hamilton, but not Anthony Grant.

Sort of makes you think twice about getting too excited over Athlon's recent enthusiasm about Cardinal football. 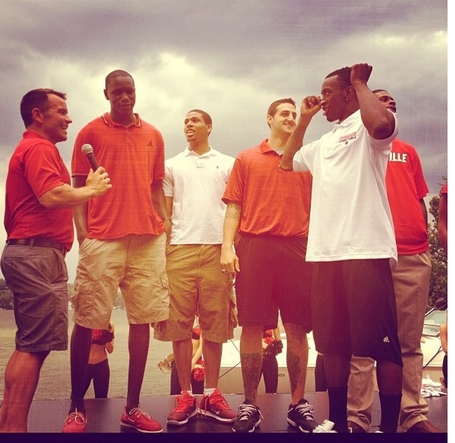 CC must-have 2013 recruit Jalen Reeves-Maybin (Marques' son) will announce his college decision on Aug. 10. The Tennessee recruiting folks say he is already a "silent commit" for the Vols.

The best feeling in the world isn't sex, it isn't an unexpected day away from school or the office, and it isn't getting to pee after you've been holding it in so long that it hurts. Those are all nice, but the best feeling in the world is having your decision to either bring or not bring a jacket with you vindicated hours after you've left the house.

There's simply nothing that compares to that level of self-triumph.

CBS' Jon Rothstein takes an offseason look at the Big East and begins with Louisville.

1. JUST HOW GOOD IS LOUISVILLE?

This has the potential to be Rick Pitino's best team since he stepped back into the Commonwealth 11 years ago. The Cardinals return most of their key components from last year's Final Four team and add a terrific all-around talent in George Mason transfer Luke Hancock as well as a brute rebounder in freshman power forward Montrezl Harrell. The combination of Peyton Siva and Russ Smith did wonders for Louisville during the NCAA Tournament but don't discount 6-4 sophomore Kevin Ware from having a major role in the Cardinals' back court. Word is Ware has made big time strides during the off season and has even taken reps with Louisville's first unit.

With Ware, Hancock, Siva, Smith plus a healthy Wayne Blackshear, Louisville's perimeter combined with their physical power forward-center combo of Chane Behanan and Gorgui Dieng make them the odds on favorite to win the Big East - and maybe even the National Championship. A return trip to the Final Four? Anything less would be a disappointment.

Bruce Pearl and Seth Greenberg will be helping with ESPN's college basketball coverage this season, while Jalen Rose will be joining the College Gameday crew.

Digger Phelps, meanwhile, has somehow managed to remain employed for another year, and will once again be making more money than you or I.

John Calipari wants Louisville, Kentucky, Kansas and North Carolina to play each other every season. No, he totally, totally does.

Tuesday marks the last day of the last football-less month for a long time.

WHAS goes behind the scenes of the Cardinal football team's life-after-football summer course.

And finally, check out U of L swimmer Pedro Oliveira throwing up an L after winning his heat in the 200m butterfly Monday morning. 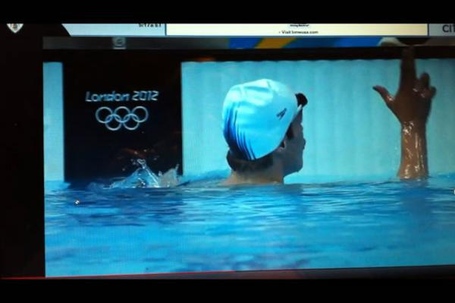