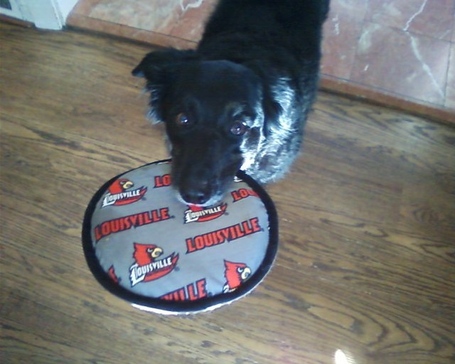 A special CN&N shoutout today to Maggie Shulhafer, who was recently diagnosed with stage 3 lymphoma.

Stay strong (or Strong), Maggie, there's a lot of exciting stuff to be enjoyed just around the corner.

For me, the Governor's Cup Luncheon is to the start of Louisville football as the first flower blossom in March is to the Kentucky Derby. There's not really a Louisville basketball equivalent, as the only thing you can accurately analogize Midnight Madness to, I think, is that first open practice in early August.

Anyway, that initial bud blossoms tomorrow when Charlie Strong and Joker Phillips each address the crowd in Simpsonville. I assume there will be live streaming of the event available somewhere.

We've made it through the hardest stretch, folks. Football's coming.

MSN/Fox Sports gives Louisville what I believe is its highest preseason ranking to date by placing the Cards at No. 14.

The season will be a success if: The Cardinals win the Big East. OK, so maybe it's not fair to heap such lofty expectations on such a young team, but the opportunity is sitting out there for the Cards. And Louisville is going to be improved, especially on offense, from the team that copped a share of the league crown in 2011. As it stands now, the program might be an underdog in just two or three games all season, so if it can mature in a hurry, a nine-win campaign for the first time since 2006 should be in the crosshairs.

Key game: Oct. 26 vs. Cincinnati. The annual meeting between these two border rivals is for the Keg of Nails. This October, it could be for a keg of cash. The Bearcats are going to be one of the main hurdles standing between Louisville and a spot in one of the five BCS bowl games. Oh, the matchup will also be a nationally-televised Friday night affair, affording Strong the opportunity to showcase his program's recent progress to a larger than normal audience.

The folks at the U of L ticket office have asked me to pass along word that they have reached the end of the waiting list for this season and that there are still a limited amount of season tickets for football available. Anyone interested should call (502) 852-5151 as soon as possible. 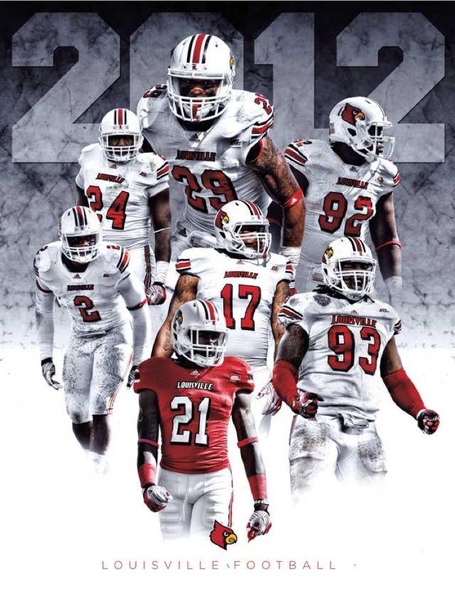 Athlon's list of the top 50 players in the Big East for 2012 includes seven Cardinals.

As expected, Bridgewater experienced ups and downs as a freshman last season. He threw an interception in his only pass attempt in the opener against Murray State but finished the year with five touchdown tosses over the final two games. Bridgewater’s play was crucial to keeping Louisville in the Big East title hunt last season and will only get better as a sophomore. With plenty of weapons at his disposal and a talented offensive line, Bridgewater should finish 2012 ranked among the top five players in the Big East.

After a Big East Rookie of the Year award back in 2010, Smith turned in a first-team All-Big East season as only a sophomore last fall. The Jonesboro, Ga., native has quickly supplanted himself as one of the most versatile safeties in the country. The junior has posted back-to-back 80-tackle seasons and has a chance to enter the NFL Draft in 2013 with another great campaign this year. Especially, if he can lead the Cardinals defense to a Big East Championship.

Benavides was hobbled early last season due to a knee injury and his leadership and presence on the offensive line was clearly missed. In his absence, Louisville managed only one rushing score and managed 83 rushing yards against FIU. The Cardinals line improved once Benavides returned to the lineup, recording at least 100 rushing yards in eight of the last nine games. The senior should be the Big East’s top center and has been selected to the Rimington Award watch list.

Bushell joined Louisville just before the start of last season and finished as a first-team All-Big East selection. Despite not having much time to get acquainted with his new surroundings, he recorded 50 tackles, one interception and blocked two kicks. Bushell should be Louisville’s top corner and build upon a promising 2011 season.

Replacing middle linebacker Dexter Heyman is the biggest concern for coordinator Vance Bedford this fall. However, Bedford and Charlie Strong hope shifting Brown from the outside to the interior will keep Louisville’s defense ranked among the top 10 nationally in rush defense. Brown recorded 84 stops last year.

With Teddy Bridgewater’s development comes opportunity for Parker. As only a sophomore, six of his 18 total catches last fall went for touchdowns.

Philon was a key cog in Louisville’s run defense last season and should only get better as a junior in 2012. He recorded 36 tackles and 1.5 sacks in 2011.

They didn't actually order their list like that. It would have been weird and sort of a slap in the face to fans of other teams in the league.

Eric Crawford has the full transcript of a recent sit-down he had with Tom Jurich. The most interesting aspect of the Q&A was Jurich's proclamation about not changing his stance with regards to football scheduling.

Q: With all the uncertainty around conference issues, is non-conference scheduling any trickier?

A: It's always tricky in scheduling because you have so many different philosophies. Some people with their non-conference games want to make sure they're all home games and all wins. We don't do that. We want to play two very, very good BCS teams. We will play a I-AA school because we do have a big mortgage on that stadium and need home games to keep that paid. But we want to have a great schedule.

We'd like to take on all comers, but we also want to make sure -- I've said this for many, many years, and it will be a staple that I always have -- we want to have a home-and-home. Because once you do those 2-for-1 deals, you'll eat your program alive.

Wayne Blackshear is one of college basketball's ten biggest breakout stars of the 2012-13 season.

Clemson wide receiver transfer Bryce McNeal is expected announce his decision before the end of the week. McNeal, who has two years of eligibility remaining and would be able to play for the Cards this season, visited U of L last weekend.

We all love Soccer Gorgs, but I'm not sure how comfortable I am with him patrolling the pitch (am I doing that right?) at Mockingbird Valley. 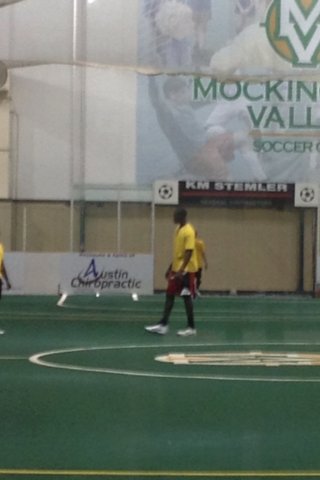 Louisville basketball recruits Cat Barber and Troy Williams will be getting their first crack at the national spotlight when their AAU teams takes on the Houston Defenders (featuring the Harrison twins) tonight at 7 p.m. on ESPNU.

ESPN wraps up its "Summer Shootaround" for the Big East and has a surprising name listed as Louisville's most important player for the upcoming season.

This is Peyton Siva's team but there's no question that the Cardinals' sparkplug is the enigmatic, mercurial (insert quirky adjective here) Smith. Pitino loved his fearless guard, even though he didn't necessarily always love Smith's fearlessness. With a loaded lineup that should help Cardinals cure last season's offensive woes, Smith won't have to do quite so much this season but he will still be the catalyst for what could be another Final Four run.

The Big East gives you all the ways you can follow next week's Media Day festivities in Newport.

Speaking of media day, it was announced on Tuesday that Hakeem Smith has replaced Daniel Brown as a Louisville representative for the event. Mario Benavides, Alex Kupper and Adrian Bushell are still the other Cardinals making the trip with Charlie Strong.

Back of the house! 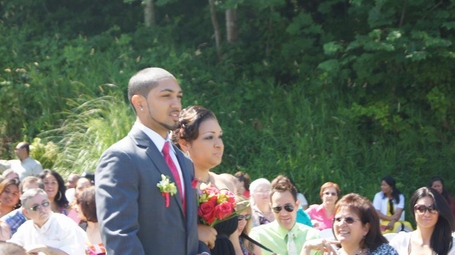 Class of 2014 shooting guard Theo Pinson has emerged as one of Rick Pitino's top targets this summer.

Louisville was another school that offered Pinson before the Peach Jam last week.

"They have been on me for awhile, but they just offered me last week," he said. "The coaches are cool guys."

North Carolina and Louisville are just two of the many offers for Pinson. Duke, Indiana, Ohio State, Florida State and others are also in the mix for Pinson.

According to Drew Deener, that picture of Captain Russ from last week's Cardinal Caravan was also a snapshot of the first time Russ Smith had ever been on a boat.

Louisville officially extended an offer to JuCo point guard Chris Jones earlier this week. The Memphis native was originally a top 50 member of the class of 2011.

Though the first official Louisville football practice is still more than a week, the Cardinal coaching staff will kickoff its season this Friday with its annual retreat.

It's a football think tank of sorts where they leave campus, hunker down and discuss football strategies. Strong described it as coaching for coaches.

Each staff member will make a presentation on a particular scheme or philosophy. Then it's opened up on the floor to discuss and debate. Anything based on a weak premise will quickly get debunked and shot down by the other coaches. But a solid idea? Coaches would only gain more confidence knowing that their idea has withstood attempts to break it down.

"It doesn't get heated and no one on this staff is scared to voice their opinion," U of L d-line coach Clint Hurtt said. "You may hear something you never heard of and look at things a different way. It makes us all better."

I don't ever want this era to end.

And finally, "The 2 Man Game" is back on the air tonight from 6-8. We'll be broadcasting live from the Muhammad Ali Center, which means I'll probably be late since I only have an hour and-a-half to get downtown. Listen live on ESPN 680 or any time on ESPNLouisville.com.