Terry Rozier Will Not Play For Louisville This Season

Share All sharing options for: Terry Rozier Will Not Play For Louisville This Season

Just like most summer blockbusters, the Terry Rozier eligibility saga has come to a predictable and disappointing end.

Rozier will spend next season playing basketball for Hargrave Military Academy and not for the University of Louisville. The news was first broken by Jody Demling of Scout.com. 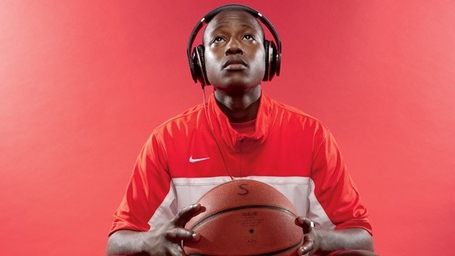 In an interview with Demling, Rozier said he still plans on eventually becoming a Cardinal.

"I'm still committed to Louisville," Rozier said. "But I talked to coach [Pitino] and I think this is the best thing for me. I'll be able to spend a year getting better and am still excited about coming to Louisville."

Rozier, who had been Rick Pitino's only signee in the class of 2012 before the late addition of forward Montrezl Harrell, will play alongside fellow U of L commit Anton Gill at Hargrave this season.