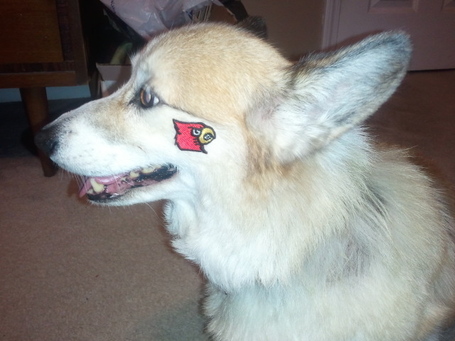 Exactly two months from today Louisville will play Kentucky in football at Papa John's Cardinal Stadium. I am looking forward to that day.

C.L. Brown with yet another "OMG, I love Gorgs" story.

When Dieng returned home to Senegal last month, he brought along video of about 20 of his games - including the Final Four - for his parents to watch. His dad essentially shrugged at seeing Dieng play in front of 70,000-plus in the Superdome and doesn't think much of the game itself.

"He doesn't care about basketball," Dieng said. "The first thing he asks is how I do with my school work."

Which is why any decision on going pro or staying at U of L will likely include whether or not he's got his degree. The way Dieng sees it, he owes that much to his parents.

"I will do whatever it takes to graduate," Dieng said. "That's free education. I don't want to let that go. A lot of people don't have that opportunity."

Another preseason ranking for Louisville football, as Blue Ribbon Yearbook reportedly has the Cards at No. 24.

Your LBA hero of the day: 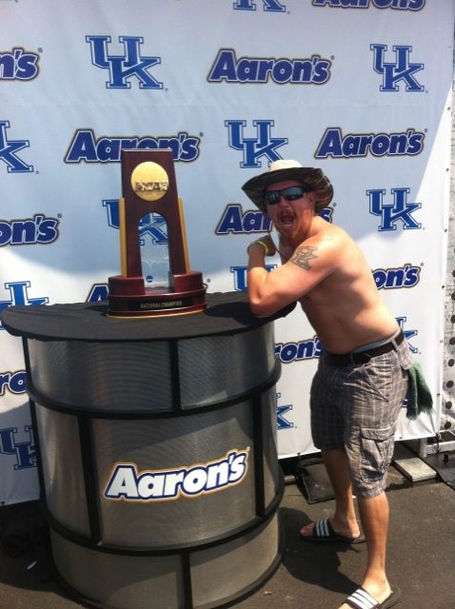 After spending the past season in Argentina, Larry O'Bannon has singed a one-year deal to play in Switzerland's top league. This according to EuroBasket.com.

I'm not going to have a friend or family member willing to claim me if I don't stop saying, "I think I see a lot of lawbreakers up in here" soon. I can't help it. It's the ice-breaker to end all ice-breakers.

A quick reminder that you can vote for Angel McCoughtry to bring home the ESPY for best WNBA player, right here.

Former Louisville star Austin Berry has been named the MLS Rookie of the Week and Month.

A very happy birthday to both my father and grandmother, who are tremendous people...and who I hope have both requested cakes that I like.

The first LCPT semifinal is live, with Doug Gottlieb currently holding a slight edge over Matt Jones. You still have about 36 hours to cast your vote.

The initial 2013 NBA Mock Draft from Draft Express has Wayne Blackshear being selected at No. 25, with Gorgui Dieng and Peyton Siva going in the second round.

CBS, conversely, has Blackshear and Dieng both going in the first round, but no sign of Siva.

Earl Clark has opted not to explore the free agent market and will remain with Orlando for the final year of his contract.

Anthony Barber, the No. 3 point guard in the class of 2013 according to Scout.com, is down to Louisville, Kansas and Alabama.

Chris Smith will play for the New York Knicks in the Las Vegas Summer League this...summer.

And finally, I'll be back on the radio with Mark Ennis tonight on ESPN 680 from 7 right up until the start of the Reds game at approximately 9:40. This means my dream of setting the table for Jeff Brantley is finally going to come to fruition.

As always, you can listen anytime on ESPNLouisville.com.